Welcome to the first Words for Thought of the new year! It feels like an appropriate month to discuss stories about the power of belief and hope for the future. Even though the road to better things can sometimes be a dark one, hope is one of humanity’s defining characteristics—the ability to look ahead and believe in a future that is fundamentally different and more positive than now.

“The UmHlosinga Tree (The Fever Tree)” by Nick Wood, published in Omenana Magazine, tells the story of a man named Frank hoping to make a better future for himself by cutting down the last tree in a barren landscape.

This might finally be enough to finance my retirement. Thandi and I may even be able to move up a floor, to join the Exciting Elite, after this. Moving away, at last, from Level Two, the Mediocre Middle.

In a world of limited resources, society is strictly tiered and upward mobility near-impossible, but if Frank can harvest this precious resource, he might be able to buy his way into a better life. A group of mysterious strangers arrive to thwart his plan, bent on defending the tree, even if it means losing their lives. The confrontation surfaces old ghosts for Frank, but also provides an opportunity for him to make different choices this time and free himself from the guilt he’s been carrying for years.

Wood does an excellent job of showing Frank’s plight—forced to weigh the chance to improve his own life against the needs of future generations. He isn’t presented as greedy or thoughtless, but as a man put in an impossible situation. The story acknowledges the unfairness of a society built to keep the rich at the top and hold everyone else down, and how for Frank it means having to choose between personal and immediate needs and the nebulous greater good. It’s well done, and overall the story does an excellent job of exploring themes of environmental collapse, scarcity, class, and who can afford to have hope for the future.

“Lemmings” by Kirstyn McDermott, published in Weird Horror #5, similarly takes on themes of scarcity and the idea of self vs. society, offering up a particularly dark and unsettling take.

And then the grand finale: herding the lemmings towards the edge, over the edge, little claws no doubt scrabbling for any kind of purchase as they realized the fatality of their error. The desperation of their fall. The terror of their end. It was never suicide; we want you to see that. It was nothing less than mass murder.

In the midst of the pandemic, Jinx is cut off from her friends, only interacting with them online. Out of the blue, her father confiscates her phone, giving the vague reasoning that there’s an upsetting video making the rounds and it would be best if Jinx stayed offline. Jinx finds a way to access the clip regardless, which appears to show a boy around her age committing suicide. As viral trends tend to do, the clip spawns imitators, and a rash of suicide spreads among young people, all repeating the same ominous words, “We are the virus. And we are also the cure,” before letting themselves fall.

As bleak as it seems, the phrase repeated by the suicides does speak to an odd sort of hope. The Earth is in the throes of climate crisis, and teenagers have been left with a mess by the generations before them. Protests and calls for action have yielded very little in the way of results, and thus, the teens are pushed to extreme action. We, being humanity, are a virus destroying the planet, but we, being the teens of the video, are also the cure. The teens choice of suicide can be seen as hopeful—sending a message that cannot be ignored (like lemmings, we aren’t killing ourselves, you’ve murdered us), reducing the burden on the Earth by removing themselves from the picture, choosing the possibility of a brighter future for others over their own existence. It can also be seen as something far more sinister, a force—supernatural or otherwise—using the teens’ need for connection and their desire to feel part of something larger to drive them to kill themselves.

The story is relatively short, but McDermott packs a lot into it. The lack of definitive answers works to the story’s advantage, leaving it to readers to decide whether it is a hopeful one. Like Wood’s story, it effectively explores the climate crisis, scarcity, who has the power to effect change, and adds to that an equally effective look at the power and potential (good and bad) of social media.

“Folk Hero Motifs in Tales Told by the Dead” by KT Bryski, published in Strange Horizons, is all about having hope in the most hopeless of places—the underworld.

Down here among the dead, our fairy tales begin at the end. So Skullbone—hero, trickster, corpse—plans to dive into the great Maw that rends the sea-ice far beyond our gravelled shores. Against the frozen waves’ mottled blue and glassy white, the Maw yawns impenetrable. It’s the abyss that gazes back: a great round drain in the pure-snow world we woke up into. The rays of the midnight sun don’t penetrate it. There’s never been a corpse that leaped in and returned to sell the tale.

What is there to hope for when you’re dead and your world never changes? But humans, even dead ones, are inherently hopeful creatures. This is proven especially by folk hero tales, stories of clever, brave tricksters winning against impossible odds and giving us hope that we might change things for the better too.

The voice of this story is wonderful, perfectly capturing the tone of known folktales, which Bryski then does an excellent job of inverting. Instead of stealing the sun to light humanity’s way through the darkness, Skullbone steals darkness to give the dead relief in the land of the eternal midnight sun. There’s a cheeky sense of fun to the stories, like all the best trickster tales, but there’s an underlying message about the power of stories as well. The point of tall tales, myths, and legends, isn’t to be believable—the point is to be over-the-top and inspire people with possibility. Sure, it looks grim, and no one could ever beat that giant, or return from the maw in the ice, but wouldn’t you rather think about maybe, possibly, what if …?

“Devil Take Me” by Gordon B. White, published in Nightmare Magazine, like McDermott’s story, explores the dark side of hope and the desperate things a person might be driven to in order to effect change.

The caveat is that I’m going to lie to you. That’s how confessions work, isn’t it? There are those things that even though we want to confess, we can’t confront, and so we talk around. Lying isn’t even second nature; it’s our primary condition. The best I can do is tell you the truth about when I’ve lied.

White infuses the story with simmering tension as a young boy struggles to cope with an abusive father, every interaction poised to erupt into violence. His neglectful mother is no help either and the last straw is the arrival of a baby brother who only makes things worse. At his wit’s end, and in a moment of desperation, the boy prays to the devil—any devil—to take his baby brother away, hoping it will make things better.

The prose is sharp, the story gripping, and even though the side of hope that it examines is a dark one, it does provide an effective look at the power of narrative and belief. Much like Bryski’s exploration of the power of folk tales, White also shows the transformative power of legends, and the transformation possible in the way we craft the stories of our own lives. Out of a bleak situation, the main character manages to better his situation through the stories he tells himself—even if some of those stories are, like tall tales, necessary lies.

“Holding On” by Justen Russell, published in Metaphorosis, also takes on the power of belief and the idea that we can choose either happiness or despair in choosing what sorts of stories to tell ourselves.

My mother named me Laika after the Russian dog that went to space. I think she meant it to be aspirational. A stray who made it to the stars. No one ever told her that the dog died on the way up. No one tells a woman like my mother things that might ruin her smile.

Laika lives in a world of scarcity, her mother scraping to get by and provide for them, but there are only so many options open to her. Laika herself takes a job harvesting mussels near the base of the space elevator, hoping one day she might be able to ride up it in a cargo container and smuggle herself aboard a space ship, because surely even if life is harsh in space, it must be better than what she has here. It’s hard to hold onto hope when the waters around the base of the elevator are littered with the corpses of other hopeful stowaways who failed.

The stories Laika told herself when she was younger—that Yuri was her real father, that she would be an astronaut like him one day—seem increasing impossible. People like her are expendable, like the dog she’s named after. The reason stowaways are tolerated if they make it into space is that they’ll work for nothing out of desperation, in the most dangerous conditions, and it isn’t considered a true loss if they don’t survive. The story is both lovely and heartbreaking, but ultimately does lean towards hope. Perhaps Laika will never make it, perhaps Yuri isn’t really her father, but she can choose which possibilities to believe. There’s a reason why Laika the dog is remembered as the stray who made it to the stars—because people want uplifting stories, they need to believe that the possibility of change and a better future is open to everyone. Fear of failure, fear that those stories cannot be true, isn’t an excuse not to try, and sometimes holding onto hope actually means letting go, and jumping into the unknown. 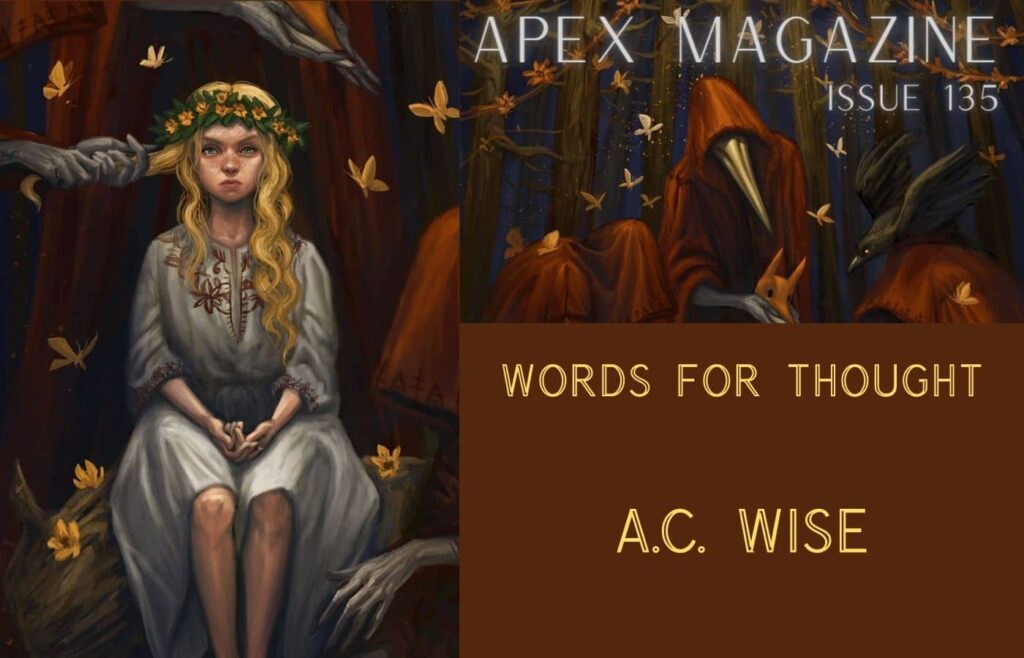