Here we are at the end of 2018. For many, December is a time to celebrate with family, reflect on the year that was, and share hopes for the year to come. As such, this month’s stories are all about family and new beginnings. Thank you for celebrating another year of short fiction with me. I hope 2019 brings you joyous times spent with people you care about, good health, laughter, love, and of course, wonderful stories to read!

Russula’s Wake by Kay Chronister published in December’s issue of The Dark is a story of isolation and family secrets. Jane lives on a farm with her three children, Ainsley, Devon, and the youngest, Rosemarie. Ainsley and Devon attend school, but Rosemarie is young enough that Jane keeps her at home, dreading the time that she is old enough to join her siblings. For Jane, it’s more than a mother having trouble with her children growing up. At a certain age, the children in the Paley family change into something not quite human.

She always said goodnight to Rosemarie last. Mothers did not have favorites, certainly Jane did not have a favorite, but Rosemarie wouldn’t still be Rosemarie at the end of the year, and that made her precious. A Paley woman would doubtless have said that Rosemarie was thin-skinned, and fragile to a fault, but Jane was not a Paley by birth and she had always secretly felt that Rosemarie was not really a Paley either. Ainsley and Devon, on the other hand, were Paleys, true Paleys, and Jane was afraid that in the end maybe there wasn’t much difference between a cruel child and a Paley child.

Chronister does an excellent job of building tension and a sense of dread throughout the story. Much of the horror is left to the reader’s imagination, occurring just off the page, making it all the more effective.  Rather than eating, the older Paley children nourish, a ritual that occurs in the privacy of the barn. The barn is also full of cats that Rosemarie loves and cares for, and that the reader cannot help but fear for, given Ainsley and Devon’s nature. A constant sense of threat looms over the story—in the way the older siblings tease Rosemarie, in a distant cousin who arrives at the farm and is horrified at the way Jane is raising her children, and in the countdown to Rosemarie’s inevitable change. Despite the monstrousness in the story, there is also love. Jane may feel out of place among her children, but she loves them nonetheless, and she will do whatever it takes to give them the best life she can. In the end, family is still family, human or otherwise.

Streuobstwiese by Steve Toase, in the final issue of Shimmer, is another dark family tale of secrets and isolation. It is unclear whether Kate and Rachel are sisters by birth, or chosen family of another kind; however, they live together in isolation on the edge of an orchard. Rachel does her best to protect Kate. There’s a salt line around the house, keeping the outside world at bay, but it isn’t one hundred percent effective. Sometimes people still get in, and that’s when everything goes wrong. Those in town fear Kate, and with good cause. She is something dangerous, though she doesn’t always appear to be in control of her actions. Like the Paley children in Chronister’s story, it is in Kate’s nature to be monstrous, at least by human standards.

Kate’s been out on the roof again. She’s drawn her finger through salt the color of wood ash, the sigils barely holding together on the terracotta slope of the tiles. The gutters are clogged with yellow fat, and dead hares whose eyes are gilded in gold leaf. Across the valley a field of barley whitens with mold and blight.

Again, like Chronister, Toase does an excellent job of building tension and dread throughout the tale. His telling is more dream-like, full of fragmentary episodes and gorgeous imagery, building to an unsettling whole. There are bones and missing people, glyphs carved into trees, and birds plucked of their feathers. There is a sense of claustrophobia, with Kate and Rachel trapped inside the protective circle meant to keep them safe. Like Jane and her children, Rachel may fear Kate as much as she fears for her, but[ there is an element of caring at the core of their relationship. As much as Rachel tries to protect others from Kate, she also tries to protect Kate from herself. Kate’s childlike innocence makes the situation all the more horrifying, and the ending leaves the reader with a chilling image that will linger long after the story is done.

How to Swallow the Moon by Isabel Yap, in the November/December issue of Uncanny, is a story of new beginnings. Amira is the sworn protector and companion of Anyag, a binukot kept hidden away from all but her family in order to remain pure for the time when a worthy suitor is found. Anyag is like a figure out of legend, a beautiful woman who once saved her village by offering herself up to a monster who came to swallow the moon.

And one night, when the two moons were glowing bright and beautiful, it came for them: the Moon-Eater, rising out of the ocean, groaning as it ascended over the land. The trees shook and snapped in the force from its beating wings. It had rows and rows of silver teeth, each one as big as the boulders lining the caves of Aman Puli.

Amira instructs Anyag in dance, poetry, and self-defense, helping ensure that she will be perfect and pleasing to her one-day suitor. They are each other’s sole companions, sisters and best friends, though Amira feels more than sisterly love for Anyag. She knows Anyag is destined to marry one day, that there can be no future for them together, and that her own future once Anyag is married is uncertain. She dreads the day Anyag’s parents choose a husband for their daughter, and dreads it even more so when a new suitor arrives who bears an unsettling resemblance to the monster of legend who once tried to swallow the moon.  The story is gorgeously-written, and poignant. Amira and Anyag’s relationship is complicated and touching at the same time. There is fierce loyalty and friendship, yet Anyag is more than a passive love interest. Yap hints at an underlying mischievousness and an ultimate desire for independence and freedom in Anyag. While she may or may not return Amira’s feelings, there will always be friendship between them, and together, they will find a way to fight against the destiny laid out for them, and make their own new beginning.

Girls Who Do Not Drown by A.C. Buchanan is published right here at Apex, and it’s another story of loneliness, but also of renewal and new beginnings. On the island where Alice lives, the sea takes girls. Some by accidental drowning, some by suicide, and some it lures away to other shores and jobs and lives, so they never return.

This is an island that sends all its girls into the sea. The lucky ones will float, encased in steel or wood. They’ll come back with teaching diplomas, or they’ll come back by noon, following boats laden with herring, and they’ll work until dusk; until the catch is gutted and salted and barrelled, until their fingers are chafed raw with salt. The others will not come back, or decades will be lost and themselves Changed when they return.

There are also legends of glashtyn, water horses who disguise themselves as men to trick girls and pull them to their deaths under the water. Alice is lonely and afraid. Others don’t see her as a girl yet, and she knows what her fate will be if they find out about her. She will be subject to violence, maybe even death, and certainly she won’t be welcomed on the island anymore. So while all her friends are enjoying themselves, she’s on the beach alone, which is where she first encounters the glashtyn. She isn’t fooled by it, but even though she outlasts it, she still fears her fate is to drown. She takes to the water, knowing she won’t be able to make it across, but she sees no other choice. At least this way her mother might have the comfort of believing her death to be an accident, rather than intentional. When the glashtyn comes for her again, she discovers the sea has other plans for her. It’s not the transformation she hoped for, but it’s not death either; it’s a chance to change her own fate. It’s a bittersweet story, full of melancholy and pain, but it also contains hope, too. Like many of the other stories here, Buchanan explores feelings of isolation, and weaves a subtle layer of threat and danger throughout their tale. However there are also themes of found family, resilience, and forging a new path through life when all hope seems lost. The story is beautifully written, full of evocative language and imagery, and accomplishes a lot in just a few thousand words.

Happy holiday season, all, and see you in the New Year! 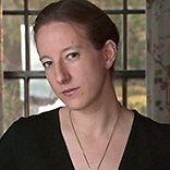