The Power of Anger, Acceptance, and Affirmation in Dirty Computer 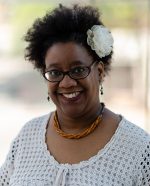 LaShawn M. Wanak is an African American speculative writer living in Wisconsin with her husband and son. Her fiction and essays have been published in Tor.com, Fireside Magazine, FIYAH, and many others. She reviews books for Lightspeed Magazine and is a graduate of Viable Paradise. Writing stories keeps her sane. Also, pie.

I have been a Janelle Monáe fan ever since her EP Metropolis: Suite I. I loved how she blended science fiction with funk, R&B, and soul. When I learned this year that she had a new album coming out, I was eager to hear it. It had been five years since Electric Lady, and I was looking forward to something positive. Joyful. Fun. Instead, the first video release, “Make Me Feel,” made me blink. Did I just hear her say the word ‘fuck?’ What’s the deal with that suggestive way she put that lollipop into Tessa Thompson’s mouth? Then videos for “Pynk” and “Django Jane” came out, and ohhhh, I had feels, but not the good kind.

Why is Janelle So Angry?

Before I continue, let me say that while I have no problems with swearing, I am a prude. It wasn’t until my forties before I could sit down and listen to a Prince album without feeling like I was doing something bad. Seeing selections from Dirty Computer felt like such a radical departure from Monáe’s other works. Where did the sweet, lovelorn Cindy Mayweather go? Why do we now have Django Jane throwing out the middle fingers everywhere and dropping N-words left and right? Why is Janelle Monáe so angry?

Consider what happened in the five years between The Electric Lady and Dirty Computer. Trayvon Martin. Michael Brown and Ferguson. Sandra Bland. Black Lives Matter. The Pulse shootings. The deaths of Prince and David Bowie. The 2016 election. Fake news. #MeToo. And of course, Trump.

In his essay “The End of Black Respectability Politics,” Auren Squire writes, “Black respectability politics’ describes African-Americans’ self-policing morality and propriety in order to better reflect themselves to the white mainstream.” Black people have long been required to tailor their language, their appearance, and their cultural norms so as to not stand out in the dominant culture. We are taught to speak proper English so as not to sound ghetto. Our clothes must be neat and tidy without showing cleavage—or curves. Our hair must be neatly groomed, not wild or nappy. And for God’s sake, keep sexuality matters behind bedroom doors where they belong.

But the events that took place in the past ten years changed all that. The LGBTQ community won the right to marry but under the current regime are fighting to keep that right. Women are speaking out on sexual harassment, and instead of being silenced, they are now being heard. But the greatest change has been the Black Lives Matter movement, and while the fight for social justice within the black community has exploded thanks to social media, some black artists are finding that supporting it comes with a cost.

When Christian rapper Lacrae (that sounds like an oxymoron but work with me here) started speaking out on Twitter, calling for justice after Ferguson, he upset his mostly white evangelical fanbase to the point that his album sales dropped. To them, Michael Brown’s death wasn’t a source of pain. It was merely politics, and Lacrae had no right to talk about politics on his Twitter feed. They didn’t see his pain. They only wanted him to sing what they wanted and to keep quiet on anything that was considered controversial.

This is nothing new. Black people, particularly black women, have been told to watch their tone. Tone policing has been used to silence, to dismiss, to control. To show anger, or any negative emotion, is bad. But as the protest marches in Ferguson proved, anger can be a powerful tool. And black artists are no longer content to keep silent. Instead, Lacrae walked away from evangelicalism altogether. Colin Kaepernick took a knee and enraged the president. And Janelle Monáe put away Cindy Mayweather and brought out Django Jane.

In 2015, Janelle Monáe released the single “Hell You Talmbout,” shouting out the names of those who died due to police brutality as a protest chant. It was the first time Monáe used a swear word to express her outrage at current events. That same year, she had also released the single “Yoga,” the lyrics both celebrating her womanhood and challenging those who would take away women’s rights (“Sometimes I’m PG, and sometimes I’m vulgar/Even when I’m sleeping, I got one eye open/You cannot police me, so get off my areola/Get off my areola”). Monáe’s songs have always had a feminist theme, but since Electric Lady, it has ramped up.

Janelle Monáe is done talking nice. She will no longer sugarcoat things. She is dropping her code-switching and reclaiming anger and fury to their rightful purpose. In other words, she is no longer putting up with this shit.

Dirty Computer is not meant to entertain us. It is Monáe processing the pain of the past few years and putting that into song. From her struggles with her Baptist faith (“Text message God up in the sky/Oh, if you love me, won’t you please reply?”) to her outrage (“And we gon’ start a motherfuckin’ pussy riot/Or we gon’ have to put ‘em on a pussy diet”) to dealing with stress (“Stressed out, kinda like my afro when its pressed out”), to exclaiming her own self-worth (“I don’t really give a fuck if I was just the only one/who likes that”). It’s defiant and it’s cynical. You can’t live through the Trump administration without becoming defiant and cynical.

But Dirty Computer offers more than that. It offers resistance. Her copious use of fucks is steeped in fighting against those who will hurt her (“You fucked the world up now, we’ll fuck it all back down”). It offers the joy of exploring her sexuality. “Pynk” and “I Got the Juice” celebrate women’s bodies without degrading or making taboo (“Pink when you’re blushing inside, baby/Pink is the truth you can’t hide”). It offers intimacy. “Don’t Judge Me” is the sexiest song I ever heard from her and also the most intimate (“Even though you say that you love me/Is it me or do you love my disguise?”). It also offers vulnerability, as shown in her song “So Afraid” (“I’m fine in my shell/I’m afraid of it all/afraid of loving you”).

Listening to Dirty Computer made me examine my initial reaction of dismay. While I don’t agree with some of the things she sings about, I certainly understand where she is coming from. If all I cared about was her use of profanity and not the reason why she chose to use it, then I would have missed the message. And indeed, I suspect people who were fans of hers would have had the initial reaction I had and chose not to buy her album. It’s the risk she chose, just like Lacrae and Kaepernick. But it’s also those former fans’ loss. Dirty Computer is Monáe’s most mature record to date. It’s Monáe finally accepting who she is and celebrating her worth, unapologetic and proud. It’s black girl magic at its fullest.

And not just black girl magic. Science fiction does indeed appear in Dirty Computer, but now from a more dystopian point of view. It’s more prevalent in her emotion picture with surveillance bots, mass arrests, and the Nevermind, which erases what is considered unclean. Certainly “Screwed,” but also “Django Jane” and “Crazy, Classic Life.” Even the instrumental “Jane’s Dream,” which sounds soothing but according to Monáe’s linear notes is “inspired by my terrifying nightmare about a near-future America full of abductions and secret detention centers—oddly like our own.”

As I write these words, Mexican children are being separated from their parents at the border, the United States has pulled out of the United Nations, the president continues to tweet. This isn’t a book that we can close and put back on a shelf. This is our reality now.

But that doesn’t mean we have to accept it.

Up until now, Monáe has portrayed Cindy Mayweather in her albums as a beacon of hope, the ArchAndroid who will bring peace and freedom to all. There is no more Cindy Mayweather because Monáe herself is taking on that mantle. She knows she’s not a Messiah. She has flaws and makes mistakes—I can do a separate essay on Monáe and how her Baptist upbringing of man’s depravity influences her work. But she is no longer the innocent, naive android wondering if she has the power to save the world. She is now fully human, using her words, her anger, and her sexuality to fight back against a world that has screwed with her.

Monáe puts the tools for fighting back in the latter part of the album. In “Don’t Judge Me,” it’s about making yourself vulnerable. In “I’m Afraid,” it’s about admitting your fears. And, in “Stevie’s Dream,” a counterpoint to “Jane’s Dream,” Stevie Wonder himself tells us, “Even when you are upset, use words of love. God is love. Allah is love. Jehovah is love.”

In her last song, “Americans,” Monáe sings about the dystopian America—racist, sexist, and nationalistic, obsessed with guns. But in the bridge, she brings in a snippet of a sermon from Reverend Sean McMillan declaring what it will take to truly make America great, calling out women, same-gender-loving people, blacks, poor whites, Latinos and Latinas. And just like she defiantly proclaimed in “Crazy Classic Life” (“I’m not America’s nightmare/I’m the American Cool”), here she asserts her every right to be who she is in America, and she will fight to stay (“Don’t try to take my country, I will defend my land/I’m not crazy, baby, naw/I’m American”).

Ahhh. That perpetual hope. Cindy Mayweather may still exist after all.