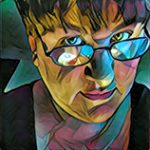 Hugo and World Fantasy finalist E. Catherine Tobler lives and writes in Colorado. Weird how that works out! Her debut collection, The Grand Tour, is available from Apex Book Company. Her short fiction appears in Clarkesworld, Lightspeed, Beneath Ceaseless Skies, and others. You can find her on Twitter @ECthetwit.

It began with a dragon in the pouring rain, the beast barely held at bay, balanced upon two thin steel rails. Steam poured from its black mouth and guts, billowing through the damp gloom. A brief spark of after-rain sunlight caught within its glassy green eye, against sharp metal tooth, and when the steam gave way, young Jackson could see it was no dragon, but a train. The train was headed as far west as it could go and Jackson, aged fifteen-and-one-half, in the Year of Our Lord 1893, would be on it.

The ill-fitting wool coat wrapping him hung to his knees, gray sleeves rucked to his elbows. The coat’s wide collar served as a perch for the pinned paper bearing his name (lifted from a box of discarded daffodils in an alley) and his pedigree (none). No parent had given him his name, that party having only the decency to leave him in the box, partly sheltering him from the snow of a winter’s night. The much-worn box sat on a shelf in the foundling hospital, filled with penny dreadfuls above the narrow, squeaky bed Jackson had once occupied.

Jackson served as first and last name both, the nuns never having time to decide which it was and provide another. Other children suggested “Francis,” for his affinity with the rooftop pigeons. Jackson corrected them at every opportunity, be it with words or fists or solid shoe heels. He liked Saint Francis well enough, but it was not his name.

The nuns ensured he had three meals a day and shoes on his feet, even when every week these things became an increasing challenge. But the nuns told him someone was waiting for him in San Francisco — someone who had asked for a boy of his kind. A boy who was brown-haired and strong, a boy who was not afraid of water. Jackson didn’t know anyone in San Francisco, hardly knew anyone in New York, but it didn’t matter. It didn’t matter he was the oldest of the group, that those who had come to the foundling hospital with him were long gone. It didn’t matter that no family had wanted him before now. The train mattered.

The sisters nudged him up the steps into the passenger car. His fingers moved over the green velveteen seats, polished boots thumping on the faded violet carpet between the seats. Other children already packed those seats, wrapped in coats similar to his, names pinned to collars. Their faces were all the same to him, wide-eyed, lips near chewed to bloodiness because they were so worried.

He became aware of Sister Jerome Grace’s absence then, even if he thought he could hear her voice. She had not been chosen to join the orphan train across the country. He pictured her soft hand in his as he walked to the end of the car and crawled onto an empty bench near a window where he could look out at the people who bustled through the station. Where he could look at —

Her face tipped up, smiling at him from the platform. He imagined her hair was dark, though he had never seen it for the veil she wore, eyebrows the indiscriminate color of shadows hastily dropped. Rain pearled on her veil now, transforming the flat black fabric into a field of diamonds. When the sister walked toward the train, the rain slid off in a crystal curtain that hovered in the humid, fogged air. She was damp when she settled beside Jackson.

“A change of plans,” was all she said, and smiled at him before beginning to count the children in the car and the sisters assigned to wrangle them. Her pale hand hovered in the air, her first finger pointing at each child counted, tallies made.

Sister Jerome Grace was twenty-five, married to God for always and ever. She had never told him the name she was born with. Jackson turned his flushed face back to the window, chewing the inside of his cheek much as those other children chewed their lips. He swallowed the blood when he tasted it. He pulled the cuffs of his coat down to make certain his arms were covered, even though the sister knew all there was to know about him. She would not be surprised by a gleam of scale even if it often terrified him. What was inside him that made him so?

When, at the shriek of the train’s whistle, he stood up on the velveteen seat and cried out, he shuddered. It wasn’t human, the sound the train whistle pulled from his guts. He sang a duet with the whistle, a high lingering note that said he was as ready as the train. Ready to go. Clear the tracks.

Sister Jerome Grace’s voice reached him, but he couldn’t answer her when she asked what was wrong. His mouth tightened up, tongue pressed to teeth. He knew the children were looking at him as though he were mad, but he was long-used to such looks.

One hand pressed to the window and the other pressed to his chest, where he could feel the resonating whistle. His fingers tensed against the window and when the whistle sounded a second time, he cried out again. It wasn’t alarm, only utter joy. Who knew the beast had such a voice? The sound crawled inside him, deep down into his gut where nothing but Sister Jerome Grace had lodged before. Only her and now the dragon’s call. His hand thumped against the window, leaving a smudge.

Someone tugged on the hem of his coat. Jackson smacked the hand away and it never came again. By the time the train pulled out of the station, Jackson had the length of bench to himself but for Sister Jerome Grace. When Sister Mary Luke suggested other children spread out and join Jackson, they shook their heads. He was oldest; he was strangest.

A little girl thrashed in Sister Mary Luke’s grip when the nun attempted to move her, throwing herself to the floor rather than sit beside Jackson. He watched, impassive, content with Sister Jerome Grace nearby and the rumble of the train in his bones. His hand stayed pressed to the window as the city retreated into his past.

His past was a place he didn’t know well, but a place the sisters had always speculated about. They told him he’d come to the foundling hospital as many children did, a tiny thing inside a tiny box. “A Christmas gift,” Jackson had said, making the sisters laugh. None of them minded the gift of him, even though it was another body to clothe, another mouth to feed.

The rain returned outside the window, so Jackson turned his attention to the other children. He watched the way they spoke to one another, the way two heads bent together over a shared book, the way they poked and teased when the sisters were outside of earshot or arm reach. It was peculiar to him, friendship; he hadn’t made peace with himself and couldn’t see how to make it with anyone else Jackson missed the pigeons and their aviary on the roof, though Sister Jerome Grace promised San Francisco had birds.

The sleeping compartments were small and narrow. Jackson vanished into his without complaint when the time came, wondering if it was because the space resembled that long-ago daffodil box. The sisters told him he couldn’t possibly remember the box, but he knew its neatly made walls, smooth wood to keep tender blossoms from bruising in transit. Only Sister Jerome Grace asked him about it. It was cold that night, he’d told her. The first snow of the season, and she said yes, yes, remembering too. He disliked being cold even now.

“How long will it take us?” he asked the next day, the train continuing along endless tracks. The country spooled out along side them, always changing. Houses gave way to cities that gave way to plains until there were more houses, more cities. The buildings fascinated him, in hues of brown and sepia, ivory and black.

The sister’s answer was thrilling and disappointing both. Being on the train for an entire week was something he meant to take advantage of. He wanted to learn its ways — her ways — how she was put together, how she moved over the rails. But disappointment was quick to follow. It was only a week and part of him wanted to stay on the train wherever she might go, even if she only snaked back and forth over the same east-west track.

It was with relief he discovered there would be stops along the way. Sister Jerome Grace offered him the map of the rails before she vanished in a flurry of black skirts to chase after a pair of children who had broken Sister Mary Luke’s rosary.

The journey and its many pauses made sense, train depots and cities scattered along the way. Refueling, taking on more food. Jackson traced the lines on the map with careful fingers, realizing not all of the children would reach the coast with him, having been chosen by families closer than San Francisco.

Families who had asked for them.

He turned the map over then looked to his reflection in the train’s window. A common boy at first glance, he imagined his paperwork said; do not be alarmed by the discoloration of his skin, nor the way he may shed. Surely his papers said no such thing, and yet. A finger strayed to his wrist, rubbing until he saw an iridescent gleam where his pulse beat.

He looked at the sister, allowing her to take his hand and examine both fingertip and wrist. Her hands were warm from running after children. Jackson’s wrist gleamed with scale, a snakeskin pattern revealed. He thought hard about unbroken skin and slowly his own settled back to ordinary flesh. Sometimes control came easily, though he could not say why. He suspected Sister Jerome Grace was of help. She had never shied over his strangeness and that was a comfort.

“There is a place I want to show you in Chicago,” she said and eased her hold on him. She lifted the map from where it had fallen and turned it to the side containing the train’s stops. “Here.” She touched a city resting against the edge of a large lake.

“What place?” Jackson asked. Every place outside the windows called to him.

“We will have an afternoon there, and you will see.” 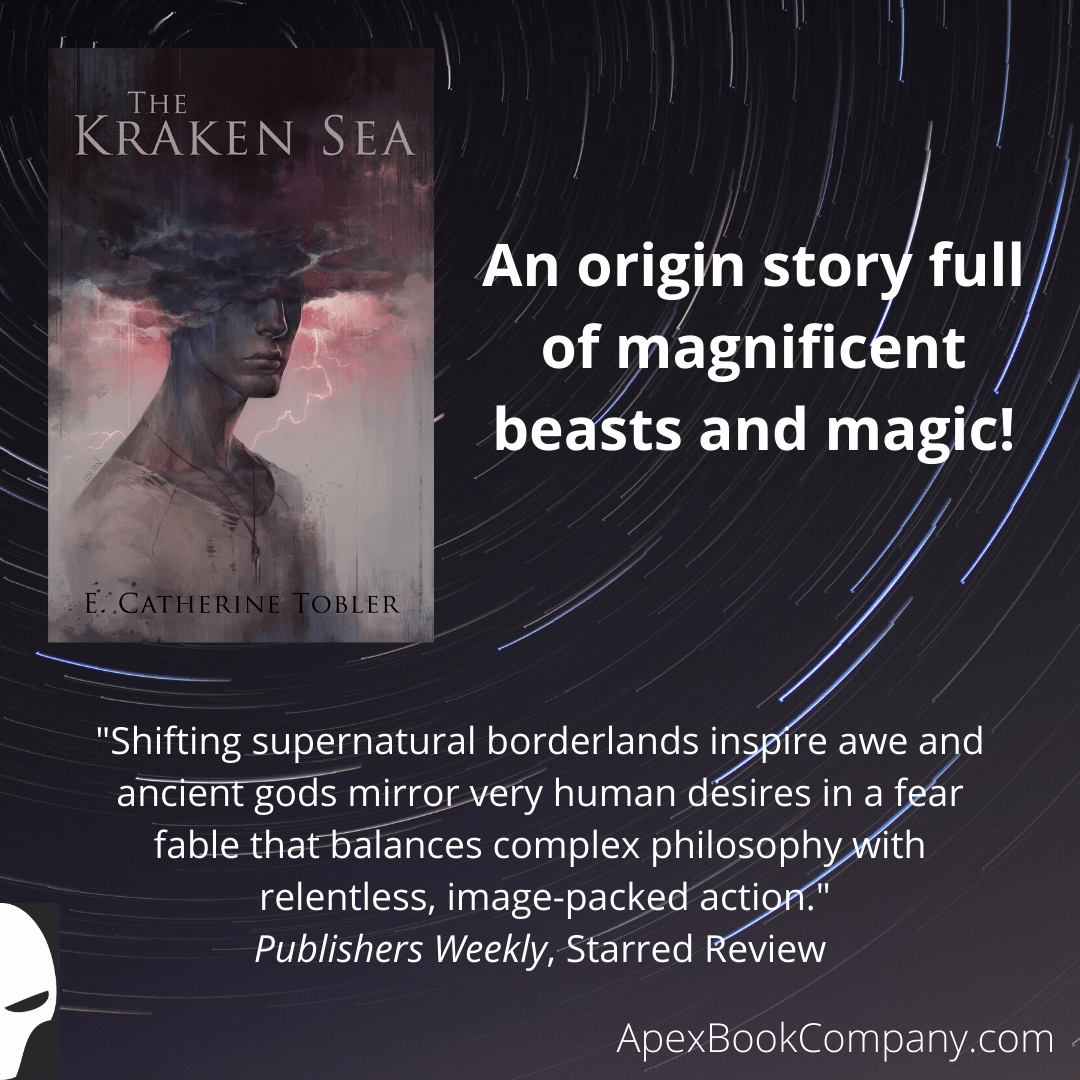