The Invention of Speculative Fiction in Spain 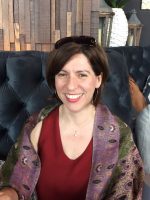 First thing that comes to mind, when thinking about Spain* is certainly not its tradition of speculative literature. Most people cannot help but just fall into the easy clichés of sunny and outdoors laidback life. Spaniards remember the past glories of their Golden Age, when their kings ruled most of the known world—and part of the unknown one—and courts flourished with the arts: from bigger-than-life painters like Velázquez, to prodigy authors like Quevedo, Calderón de la Barca, etc. But one cannot live out of cultural rents from the past for so long.

The actual literary landscape in Spain is quite gloomy if compared with equivalent European markets. The situation is a mixture of “highs” and “lows”: high taxes on books, and roaring unemployment rate; low percentage of readers among the general public, minimal credibility of the successive administrations, due to mismanagement and numerous scandals. The general political climate is in turmoil, even though it seems there are timid signs of recuperation in the economic front.

Aside the current situation, Spain has a long tradition of favoring Realism in literature. Why? The answer is complex but could be traced in the isolation it suffered during Franco’s dictatorship, four decades of cultural censorship and shielding from external “immoral” influences in mid 20th century. Speculation was feared, thus discouraged or directly banned, because it could incite a rather unwelcome questioning of the system. But still, it made it through the cracks. It has been there, in Spanish writing, since a 16th century one-armed author invented a story of a man who wanted to be a knight and saw giants instead of windmills.

The condition of Spanish speculative fiction in recent years has greatly shifted course. The aperture of borders, joining the European Union, and the rising economy of the eighties and nighties served to nurture a new generation of authors, exposed to the English and Latin American traditions, fully aware of many other ones (the French, the Soviet, etc.), and ready to try new paths in the established practices of their craft. Some were born in the new freedom; many were already youngsters, hungry for original stories and innovative ways to tell them.

For Spanish readers, thanks undoubtedly to the help of TV shows like Game of Thrones or films like The Lord of the Rings, fantasy and science fiction is starting to stand out in the crowd. Mariano Villareal, a veteran in the science fiction and fantasy scene, published last year his own study of the market showing that, even though the number of released science fiction, fantasy and horror books in Spain has fallen by 35% between 2009 and 2013, the “Amazon effect” helped to soften the trend bringing alone 100 new titles. However, while new releases of fantasy books felt almost 50%, science fiction experienced an increase of 50% in new titles, equaling a third of the total genre market, since horror books suffer a fall similar to that of fantasy.

When the audiovisual mega-monsters became popular in the Iberian Peninsula, publishers translating G.R.R. Martin and reprinting Tolkien experienced an important increase in sales. Gigamesh, a modest company associated to a book and games shop, understood early on the possibilities of the Song of Ice and Fire story and acquired the rights to translate the saga. Thanks in part to its success, last year it inaugurated the largest science fiction, fantasy and horror bookstore in Europe.

In regards to the industry, old timers like La Factoría de Ideas, Ediciones B, Alamut/Bibliópolis, La biblioteca del laberinto, Minotauro, Edhasa, Timunmas, Valdemar, Barsoom, Alianza, Plaza y Janés, ECC Ediciones or Booket have witness the arrival of dedicated presses for science fiction, fantasy and horror—example, Fantascy from Penguin Random House. Many indie companies also rose within the last decade; they are the one taking most of the risks, and while the big players have opened their own fantasy and science fiction specialized publishers to compete in this market, there is no doubt that the small ones have more capacity for maneuvering. This is the case of Aristas Martinez, which is interested in Spanish pulp, weird, graphic and slipstream novels. Nevsky not only translates international authors and publishes YA novels, horror and steampunk anthologies, but also offers some of those collections in English. FataLibelli is a young e-publisher for translated stories’ anthologies. Sportula is interested in speculative fiction novels and collections of short stories, and has backed up projects like TerraNova anthology or Castles in Spain, which features translations in English of the best science fiction & fantasy short stories produced in the country over the years. While fantasy and YA literature are the main focus of Kelonia and Editorial Hidra or Oz, zombies have their home in Dolmen, and horror, graphic novels and science fiction dominate in Tyrannosaurus Books.

One article may not suffice to mention all of the active Spanish authors who cultivate speculative fiction, but can at least draw the attention to a group energizing the collective. Among them, Félix J. Palma is one of the best known internationally. His Victorian Trilogy (Atria Books)—The Map of Time, The Map of the Sky, The Map of Chaos—mixes fantasy, steampunk, mystery and adventure, honoring writer H.G. Wells and bringing audiences to historical speculation.

Guillem López Challenger (Aristas Martínez) has succeeded in shaking the Spanish genre with a fragmentary novel in which 73 short stories (in honor of the 73 seconds the spacecraft Challenger was in the air before it exploded). His elegant and sharp narrative style triumphs, in combination with some fantasy, science fiction, slipstream, horror, new weird, and everything in between. In La chica zombie (Aristas Martínez), author Laura Fernández demonstrates that humor serves as a powerful criticism tool while applied in science fiction.

Steampunk is lately attracting its share of attention with works like La República Pneumática (Fantascy) by J. Valor Montero, a YA novel set in an alternative Spain, in which steam engines make Roman economy flourish in a way that changes History as we know it. Anthologies like Ácronos 3 (Tyrannosaurus Books) explores this sub-genre in different geographical settings, while The Best of Spanish Steampunk (Nevsky) is a selection of more than forty stories translated into English by authors from diverse carrier paths, offering original takes on vapor tech.

Some authors avoid labels: their narratives are filled with elements from the new weird; they flirt with horror, develop near-futuristic settings, almost always urban. They walk a path that it cannot be called science fiction but it contains traces of it, it is not fantasy but one can identify the fantastic notes, it is not horror but the fear is there, waiting for us. If in Aceldama (Origami) Francisco Jota-Pérez submerges the reader in psicogeography and boxing, in Viaje a las dehesas de invierno (Esdrújula) he builds a psychological drama powered by urban witchcraft and “extreme” topography. Daniel Pérez Navarro uses dark fantasy and science fiction to capture the isolation and identity crisis of a young woman in 14 maneras de describer la lluvia. Marc Pastor combines different genres—noir, historical, adventures and fantasy—in Bioko to create an oppressive story of colonialism and murder. Susana Vallejo is a versatile author who can write a ghostly story in Calle Berlin 109 (Plaza y Janés), a cyber thriller in Switch in the Red (Edebé) or a fantasy tetralogy in Porta Coeli (Edebé). Ángel Luis Sucasas in La tercera cara de la luna (Nevsky) presents a fantasy world, full of symbolism and mythological references, in thirteen stories that bring a great sense of wonder, trimmed with bits of fear.

YA audiences have their consecrated authors, like Laura Gallego and her memorable trilogy Memorias de Idhun (Editorial SM), or José Luis Cotrina in La canción secreta del mundo (Editorial Hidra), an exhilarating dark fantasy story that works also for adult readers. Even though Sofía Rhei is one of the most prolific short story writers of science fiction and fantasy in Spain, some of her best known titles are oriented to YA readers like Flores de Sombra (Amazon) and Savia Negra (Amazon), as well as children, with the trilogy of El joven Moriarty (Nevsky). Concha Perea is currently working in the second book of the fairy and magical world she portrayed in La corte de los espejos (Fantascy).

Pilar Pedraza extensive carrier has made her a great dame of Spanish horror and fantasy, with numerous fiction and non-fiction books that examine the many faces of horror related to female figures. Las lobas de Tesalia (Valdemar) or Lucifer Circus (Valdemar) both tell stories of strong women that defy many of the historical stereotypes.

There is also room for the pulp with Pérfidas (Aristas Martínez) by Tamara Romero, which uses wrestling to criticize show business, and its capacity to dehumanize everything it touches.

The last few years have also witness an enormous interest in anthologies specially, but not only, in indie publishing companies. To the already mentioned The Best of Spanish Steampunk (Retrofuturismos in Spanish) by Nevsky, one can add: the dystopian extravaganza Mañana Todavía (Fantascy); TerraNova 3 (Fantasy), which follows TerraNova (Sportula, available in English too) and TerraNova 2 in providing readers with Spanish translations of the best short stories in the international market, combined with a selection of the most compelling speculative stories by local author. Alucinadas (Palabaristas & Sportula) is the first anthology of science fiction short stories written by women in Spanish, including 10 authors from both sides of the Atlantic, acclaimed Argentinian writer Angélica Gorodischer and editor Ann VanderMeer.

Finally, international festivals like Celsius in Avilés or the upcoming BCon2016, the European Convention of Science Fiction, Fantasy and Horror set for next year in Barcelona, are bringing awareness to the literary panorama, and publications like Delirio, Alfa Eridani, Exegénesis, Agujero Negro, Futuroscopias, Planetas Prohibidos, miNatura, Terbi, FanZine, Brumal, Tiempos Oscuros, Portal cienciayficción, SuperSonic, or Presencia Humana further demonstrate that short narrative is the source of the genre.

Spain’s speculative fiction is more vibrant than ever. It only needs to capture the interest of the international arena to become a more prominent participant in the genre. Some authors understand the importance of getting noticed beyond Spain’s frontiers and are beginning to work directly in English, like author Marian Womack, or decide to commission a translation of their work. The talent is there, the required investment is not yet, but there is room for hope: with the help of initiatives such as Apex Book of World SF and Apex magazine, as well as the complicity of bloggers and reviewers, the world can finally surrender to Spanish creativity and inventiveness.

* (For the sake of this discussion “Spanish” will be used as in “from Spain”, not as “in Spanish”).