So Sings the Siren 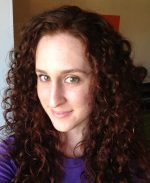 Annie Neugebauer is a novelist, blogger, nationally award-winning poet, and two-time Bram Stoker Award-nominated short story author with work appearing in more than a hundred publications, including Cemetery Dance, Black Static, and Year’s Best Hardcore Horror volumes 3, 4, and 5. She’s a columnist and writing instructor for LitReactor. You can visit her at www.AnnieNeugebauer.com.

You can hold yourself back from the sufferings of the world, that is something you are free to do and it accords with your nature, but perhaps this very holding back is the one suffering you could avoid.

When the woman moved forward to order, the girl stepped within her shadow. “A vodka Sprite, please, and a bag of peanut M&Ms.”

The girl tugged on her mother’s brushed satin dress. “Mom, I’m thirsty too.”

The woman glanced over her shoulder. “There’s a water fountain by the bathroom, sweetie. I’m not paying six dollars for a bottle of water.”

The girl returned her hand to her own dress of royal blue velvet, a fabric both heavy and soft. She liked to rub a fold of it between her fingers, feeling the nubby pile slip back and forth under her thumb. The dress’s straps kept slipping from her shoulders beneath her sweater. Her mother bought it one size too big so she could wear it again next year. The girl didn’t mind. It was the most beautiful dress she’d ever had.

The woman sat on an upholstered bench in the hallway, sipping her drink, but the girl couldn’t sit still. She twirled to make her skirt flare, dancing back and forth across the hall as she crunched her candy.

“Hurry up, sweetie. We can’t take those in with us.”

The girl poured more M&Ms into her mouth, then spoke around them. “Mom?”

“Will the siren have wings?”

“Yes, she should. I think they always have wings.”

“What color will they be?”

“Whatever color her skin is, probably.”

The girl twirled. “Will she have bird feet? And a beak?”

The woman smiled. “No. That’s a myth. Stay here for a minute. Finish your candy.” The woman walked down the hall and around the corner to throw away her empty plastic glass.

“Sorry,” she muttered, glancing up at him. He was tall and crooked.

“That’s all right,” he said. “So much energy—best to get it out now. You’ll be sitting still for a long time.”

The girl glanced down the hall to where her mother had gone, then eyed the man warily. “How long?”

“That depends on the musician. The best ones can draw it out for hours.”

He wiggled his eyebrows. “Hours. Is this the first time you’ve come to hear a siren sing?”

She nodded, crushing velvet between her fingers.

“Is that your mom you’re with?”

“Did you get seats on the floor or up in the mezzanine?” he asked.

She glanced to the corner. “We have a box.”

“Oh, I see. Does it face the stage or the audience?”

Velvet specks stuck to the dew on her fingertips. “The audience.”

“Ah.” The man straightened himself. “That’s a shame. You won’t be able to see the siren’s face that way.”

The man wobbled his jaw. “Her face is contorted in beautiful agony. Her pain is what draws the beauty of her voice in contrast. The better the musician, the more beautiful her song.”

The mother hurried toward them. The girl asked the man, “What does he do to her?”

“Surely your mother told you that he tortures her.”

“If you faced the stage, you would see for yourself. You would see the tools and methods he uses to play his instrument. He is a master, this man. A true artist.”

Her mother took the girl by the hand and pulled her several steps away. “I have no desire to see his vulgar artistry, nor for my daughter’s mind to be filled with such things.”

The man raised his eyebrows. “The siren is willing. You don’t respect the musician’s work?”

The lights dimmed off and on. Crowds of murmuring people moved toward the auditorium.

“I respect the song itself, and the siren for sacrificing herself to give it. I respect the musician for drawing it from her, as is her wish.” She raised her chin. “But I do not respect those who would watch the musician do his work rather than listen to the song. The musician is always a sick man. A mad man.”

The man said, “Yes. He must have an exquisite sort of madness, to do what he does without breaking. Playing the song of a siren is not for the weak of will, nor the weak of heart.”

The woman dipped her head in strained acknowledgement and turned to leave.

The man added, “What with the prying up of fingernails, the spindling of intestines, the flaying of skin. God forbid we see where the beauty is coming from.”

The woman gasped, dragging the girl by the arm into the crowd. When the girl looked back, the man was shaking his head softly to himself. Then the cool, muted cave of the performance hall enveloped them. The brightest part of the room was the dim spotlight on the stage, where a beautiful but ordinary-looking woman sat on an empty stool in front of closed curtains.

“Where are her wings?” the girl whispered. Everyone whispered here. When her mother didn’t answer, the girl tugged on her dress. “Where are the siren’s wings?”

“Oh. They’re down right now, sweetie. Closed like a bird, not out like a butterfly. They won’t show until the musician spreads her arms.”

“Mom, can I watch the stage when they start? Just for a little bit?”

Her mother didn’t stop her path toward their box. “Not until you’re older.”

The lights flickered on and off several times, and the entire room sunk into silence at once, seated but fidgeting. From her seat, the girl watched them in the darkness. An announcer introduced the musician, then the siren, who said in a soft voice that she was honored to be here sharing her art, that she could imagine no better cause for a life. Clinks and shifting from the stage punctuated long moments of silence.

Finally, the audience members grew still, the air grew thick, and a collective gasp charged the room. The siren began to sing.

It was unlike any music the girl had ever heard. There were no instruments, no lyrics, not even a melody to carry the voice along, but the girl knew at once that, somehow, it was still a song. She rubbed the nap of her skirt, leaning forward. The audience members’ faces grew taut and full of emotions the girl couldn’t name. The siren’s voice grew and grew, filling the space with perfect clarity, slipping between notes in a way wholly unpredictable, yet perfect.

Some women fainted. A few couples got up and left. One man vomited into a bag even as he wept. Eventually, the girl closed her eyes and listened, crushing velvet between her fingers, and let the song fill her up with something she would someday learn was worth suffering for.

So felt the girl, that night. So sang the siren.