Coyote Gets His Own Back4 min read

Home » Short Fiction » Coyote Gets His Own Back

I always remember snow speckling the orange cone of streetlight that held my first kiss. It wasn’t snowing that night. This was before time fractured, 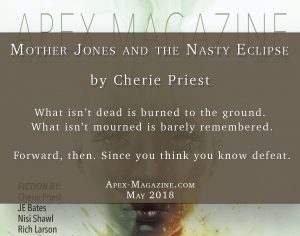 Mother Jones and the Nasty Eclipse

Not everything that’s missing was taken, but once it’s gone, it’s gone, ain’t it? There’s nothing to be done about it now. What isn’t dead 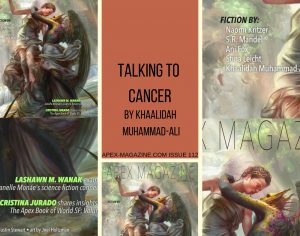 I was eight years old the first time I spoke to cancer.

To Die for Moonlight

I cut off her head before I buried her.

I had no tools suitable to the task—only my pocketknife and the shovel—and it was a long,

Of all the curators at the Samuel Mather Parrington Museum, I liked Michael Overton the least. He was a loud, bustling, back-slapping man, red-faced and