This article had the potential to be an endless list of short stories I have loved and still do. I thought I’d spare you that, and write about just a few that introduced me to the idea of what a great short story can be and do. Each of the three stories below are ones I read in my teens, before I’d quite worked out how to read literature thoroughly and critically, and each of them taught me something about short story structure, and about how an entire world can be satisfactorily caught up in a small, tight web, the stickiness of which you can never quite be rid of.

Angela Carter – “The Lady of the House of Love”

I could have listed any story from the ones collected in The Bloody Chamber and Other Stories, but you already knew that. So I chose “The Lady of the House of Love” because of Carter’s magnificent lush gothic narration of the monstrous feminine. Each of the stories in this collection are lush and gothic of course, but here is a female vampire, alone in an empty world just waiting and waiting and waiting for someone to satisfy her needs, a young woman caged and hungry. Here comes a young soldier, a hero whose heroism is a result of his lack of imagination. And there is only one consumption she knows. You will be my prey, she tells this young man but he does not know how to fear her abject nature. The young woman’s desperate, dark desire, her blood lust, her urge to live when ‘she herself is a haunted house’ – it’s all just maddeningly beautiful in the hands of Carter. ‘I do not mean to hurt you. I shall wait for you in my bride’s dress in the dark’, says the young lady with promises to keep. The hero wishes to save her, to ‘cure her of all these nightmares’ but that is not to be. What she wants is to be human and there is only one way for that to happen. She leaves him a ‘fanged rose’, though, that blooms impossibly even miles away and days later, a beautiful reminder of the strangeness that remains in his logical world.

This is one of the first short stories I can recall very clearly being horrified by. It’s not a genre piece at all, but the horror is very much there. It’s just horror at sheer filth that society can be, the depths at which people can fall to, the incredible selfishness that is humankind. Maupassant is a master craftsman – anyone wanting to write a good short story could learn a lot from him and from “Boule de Suif” in particular. Set during the Prussian Wars, this is a story about a group of people who flee a city in France overnight in a stagecoach. There are a couple of nuns, a middle class couple, a factory owner, a count and a countess, a politician, and Boule de Suife – ‘Butterball’, a local prostitute who is initially shunned & snarked at by the little microcosm of French society this stagecoach holds. She’s the only one prepped for the trip, with food aplenty which she shares with the others who (once hunger sets in) have no issues changing their minds about fraternising with a prostitute. The party stops at a village along the way where a Prussian officer detains them until Boule de Suif agrees to have sex with him. Each night he propositions her, each night she refuses. At first her companions are just as affronted as she is, at the thought of their new friend literally sleeping with the enemy, but eventually they convince her that perhaps this is the best course of action, that this is perhaps the only way they can get on with their journey. She finally gives in, and the next evening the party is allowed to leave. What happens afterward, the way Boule de Suif is now treated by those she essentially gave up her dignity to help, is an awful, brutal look at the duplicity and hypocrisy of society. Maupassant is just brilliant – simple economical language, a genius denouement and of course, an incredible study of human character.

I first read Manto’s classic story about the partition of the subcontinent when I mistakenly thought Urdu A’Levels would be a breeze. I’d never read anything like this before – not in any language. In its original Urdu, it’s really just something else, though there a few translations out there that do it fair justice too. Evocative, brutal and fierce satire, Manto was in top form here. The story is set in a psychiatric hospital in Lahore, where post-partition, patients are being divided up between the newly formed states of Pakistan and India. The Muslims, regardless of where their families live are to remain in Pakistan. The Hindus and the Sikhs, regardless of where their roots lie are to be sent to India. One man, Bishan Singh is from Toba Tek Singh and ends up shunted between border patrols because no one seems to know which side of the border his home town lies or where he belongs. There appears to be no difference between the land on either side of the barbed wire fence and Bishan Singh’s already tormented soul is torn apart in the no man’s land in between the two new countries. It’s a brilliant, poetic look at partition, identity, and what it means to tear asunder a people, as well as the land they call home. ‘Where is Toba Tek Singh’, asks a confused and worried Bishan Singh. ‘Where is it?’ comes the answer. ‘Right there where it was!’ Indeed.

Mahvesh Murad is the editor of The Apex Book of World SF 4.

Check out the Apex Magazine subscription drive running until November 13th. Help us reach our goal of $5,000 and unlock a novelette by Ursula Vernon.

To learn more about Mahvesh Murad, check out her website. 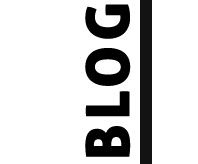 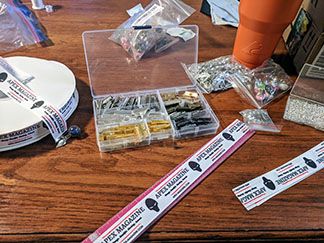 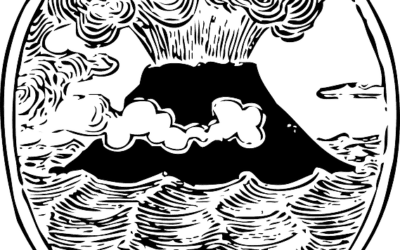 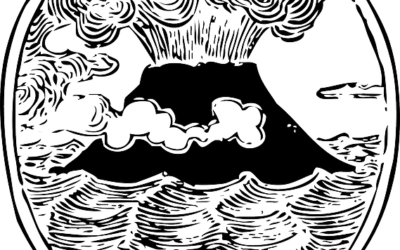 An incredible First Day for the Kickstarter Relaunch

Something unusual and incredible happened yesterday. We were funded in a little over 5 hours. I'm blown away by...