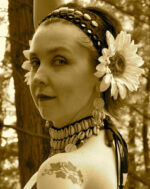 It was cruel how much the human body could suffer.

Not for the first time since her father had gotten sick, she wished she were still able to believe in God. To pray for some sort of miracle. Or to know that her father was going to a better place rather than just going to the crematorium.

And then she heard a voice, as clear as if someone were standing next to her, whisper, “Will you switch with him? Will you give your life for his?“

A parent should never outlive their child.

Gene stood just outside the funeral home, a lit cigarette in his shaky hand, and stared at the open door.

He couldn’t do it. Couldn’t go in there. How the hell could his wife stand it? Making small talk next to the dead body of their first-born, as her sisters flitted about, trying to keep her distracted.

Besides, if he went in there, someone would tell him that “God works in mysterious ways,“ or that “everything happens for a reason,“ and then he’d have to hit them.

He took a long draw from the cigarette and let his eyes unfocus, as the smoke streamed back out his nostrils, curling up to the heavens in ghostly tendrils. He’d quit before. When he was sick. Lorainne wanted him to quit again.

What was the point in quitting now?

“Your life for his. End his pain.“

She surged to her feet, pinching herself to see if she were awake, and started pacing the cluttered room. Maybe she was hallucinating. She wasn’t eating well and hadn’t been able to keep anything in her intestines for weeks. Too much caffeine? Not enough? No, she had to be dreaming. Maybe she should try to choke down some stale saltines—

“Or maybe you should listen to what God is trying to tell you, “the voice said. “This is a one-time offer. Choose now.“

Her father moaned and flipped, the fleece blanket sliding off him, and she rushed to cover him back up.

That should have been him in there. Of course, if he’d just gone to the doctor when his appetite started to wane, then no one would have been in there. But no, he’d ignored it, thinking that at the ripe old age of 62, he’d gotten over his teenaged appetite and was finally eating like an adult.

He should have known better.

If he’d just gone to the doctor right away, then maybe they could have cut the tumor out of him before it had had a chance to spread. Maybe the chemo and radiation might have worked. Maybe he wouldn’t have ended up lying in bed, desperately trying to get comfortable, and pleading with a God he didn’t believe in to spare him, becoming the proverbial atheist in the foxhole.

He’d wanted to live. He’d said he’d do anything.

He remembered a voice asking what he’d give up, and he’d said, “Anything.“

“Where have you been?“ Regina whispered. “Couldn’t you have done something sooner?“

“Your life for his. It’s a simple proposition.“

She looked down at her father, at his lips pulled back into a grimace, exposing teeth caked with dried saliva. “Why did you let it go this long? Aren’t you supposed to be the God of love and all that shit?“

“You clearly weren’t paying attention in mass when they read the Old Testament.“

Regina tangled her fingers in her hair. No, this wasn’t real. She was dreaming. It was a nightmare. Maybe her father’s whole sickness was a nightmare. Or she’d snapped and was drooling on herself in a mental hospital.

How strange, that that was a comforting thought.

“If I’m not real, then what’s the harm in taking my offer?“

What was the harm?

What if He was real?

He’d thought that meant he’d have to give up cigarettes, or meat, or church-free Sunday mornings. He’d never thought...

Gene took another shaky drag off his cigarette.

Everyone said it was a miracle that he’d survived. But there was no miracle in feeling astonishingly and instantaneously well as his 40-year-old daughter dropped dead of a brain aneurysm next to his death bed.

He’d tried to call for Lorainne, but his mouth was so dry, hardly anything came out. He remembered rolling to the floor, his vision frighteningly clear for the first time in weeks, and shaking Regina as hard as he could while pounding on the floor to try to get his wife’s attention. “I take it back!“ he’d tried to shout, but all that had emerged was a rattled whisper.

He’d have Lorainne’s scream echoing in his ears for the rest of his life.

“Can’t I trade something else?“ Regina asked. “Give up twenty years of my life for twenty more years for him?“ She could handle giving up twenty years. She was probably going to live to be ninety if her family was any indication.

Well, except for her dad.

She sank to the floor, and her forehead dropped to the bed near his restless feet.

“That’s not the deal I offered. I’m not the one who makes bargains. You really didn’t pay attention in mass, did you?“

Regina’s head snapped up. “Hang on. This is like the story of Abraham and... um... Isaac. Right? You’ll ask for a sacrifice, and then stop me at the last minute. Right?“

The voice chuckled. “You think it’ll be that easy for you? It’s not a sacrifice unless you’re actually willing to pay the price. Besides, Abraham loved and feared me. You? Perhaps I require more from those who’ve shunned me.“

“Of course I love him,“ Regina hissed. “Of course.“

Gene stubbed out his cigarette butt with the toe of his old dress shoe and stared down at its last dying embers on the blacktop.

How was he to know that someone else would have to pay his price for him?

Lorainne came out, her hands clutching her purse so tightly that her fingers were practically blue. “Are you coming in? They’re going to close the casket soon.“

Lorainne shook her head and muttered, “That should have been you in there.“

He pulled out another cigarette, and under Lorainne’s withering stare, lit it and took a long drag.

What did it matter if he smoked now?

“What happens when I die?“ Regina asked.

The voice chuckled. “You want to hear that it’s a happy place, filled with rainbows and harps and kittens for all eternity. You want to hear you’ll be reunited with all your loved ones, that there’ll be no more pain, that you’ll have the knees and tits you had when you were twenty, and that you’ll finally get a chance to fuck Kurt Cobain. Is that what you want to hear?“

“Well I’m not going to tell you. Maybe you go to heaven, maybe you go to hell, or maybe there’s a great wall of oblivion waiting for you. This is what sacrifice means. This is how you can finally prove your love for your father, after all he did for you.“

Regina rested her cheek on the bed and stared up at her father. He’d introduced her to astronomy, and dinosaurs, and Star Wars, and Benny Hill, and the Moody Blues. He’d given her his pale blue eyes and crooked teeth and love of a good gin and tonic. And he’d given her... well, things she didn’t like to think about, like her temper, and her potty mouth, and her unhealthy need to date men who were mean drunks, and her fear of having kids because she didn’t want to be as miserable a parent as he’d been.

He was too young to die.

But damn it. She was younger.

She didn’t smoke. She exercised. She ate her greens and didn’t eat anything fried. She kept out of the sun to avoid skin cancer, and took vitamin E to avoid arthritis, and did yoga to keep her blood pressure down. She was doing everything right, damn it.

It wasn’t her time.

She wasn’t ready for it to be her time.

Once Gene was old enough to stop believing in Santa Claus, it didn’t take long for him to also lose his faith in God. God didn’t make a lick of sense. The way he saw it, if He’d wanted people to keep believing in Him, He would have kept up with the miracles. And not the so-called “miracles“ that only seemed to happen to half-starved third-world kids who were hallucinating with hunger. Real miracles, that could be measured in a laboratory, and that happened in front of cameras and scientists. If God existed, He’d prove Himself once and for all.

At least, that’s how Gene had always looked at it.

But after he’d gotten married, he’d tried to make himself believe again. Lorainne seemed to get so much comfort from her faith, so he figured he’d give it a go. He’d go to the early mass, stay after services were over, and pray in the silence of the empty church for guidance on how to be a better husband and father.

There was never any answer.

And now, here he stood outside a fucking funeral home, waiting for a hearse to cart the corpse of his daughter off to the church she’d left as a teenager. And then a priest would say words over her that she hadn’t believed in life. And then she’d be buried in consecrated ground, against her express wishes.

She would have hated him for it, if she were still here.

But he had to.

After what he’d done, he had to.

Her father’s breath started to rattle in his chest.

The words died in her throat, buried under a wave of shame.

There was no reply.

She pressed her face into the mattress, listening to her father’s labored breathing, and started to sob.

All her life, she’d been wrong.

God was real, He had tested her, and she’d failed.

Wherever she was, Gene hoped his daughter understood.

They had to bury her this way. Even though she would have hated it.

Because they’d been wrong. God was real.

And he hated Him. 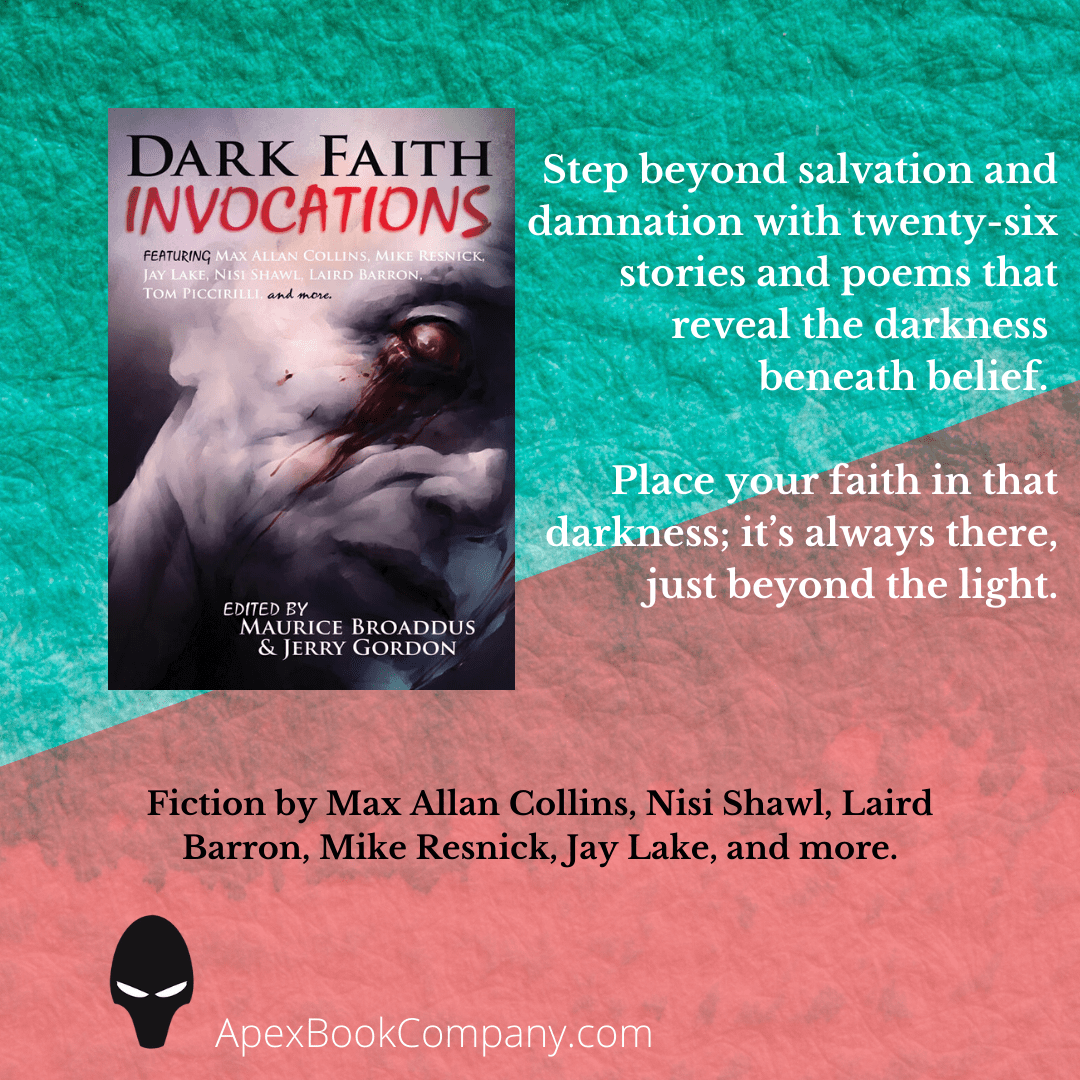