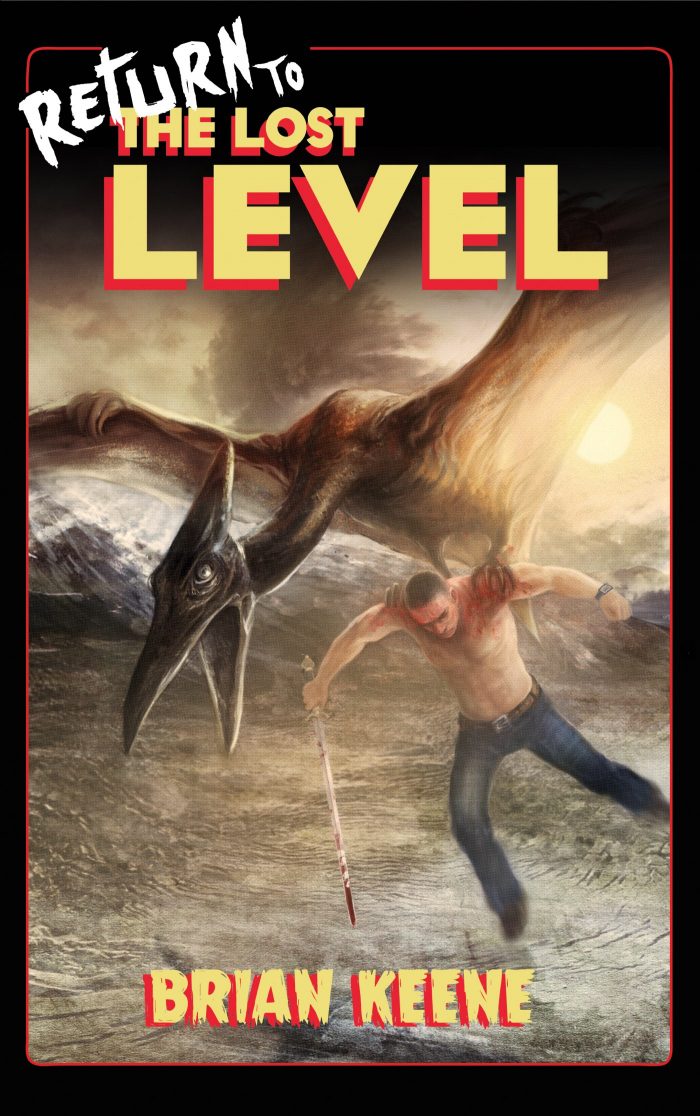 Notes from the Desert

My name is Aaron Pace, and I’m writing this by hand in an accounting ledger that I found in an office building in the middle of the desert. The office building is old but new. By that, I mean it’s an old building, or at least it looks old. The architectural design suggests it was built in the Seventies or Eighties, maybe, although I suppose that depends on where it was originally constructed, rather than when.

Regardless of where the building came from, it’s old. The concrete walls are cracked and fissured, revealing the steel support beams and rebar deep inside them, and much of the building’s interior drywall is pockmarked with holes. Entire sections of the drop ceiling have collapsed, and most of the windows are broken. There’s an elevator shaft and a stairwell, but both are unusable and blocked with piles of debris. I don’t know how many floors this building originally had, but now there are only two. Everything above the second story has been sheared off. I don’t know if that happened before the building came here or after its arrival. Sand has filled much of the first floor and is creeping through the broken windows on the second floor, as well. I imagine in a short time, the desert will swallow this building up whole, and it will sink beneath the dunes, lost for all time like everything else in this place.

When I say the building is also new, I’m referring to its location here in the desert. The building itself might be old, but its presence here is a relatively new thing. I’ve been through this area before. Twice, in fact. Once by myself and another time with 9, a robotic companion with whom I travelled for quite a while. The office building wasn’t here on either of those visits, which means it’s a more recent arrival to the Lost Level.

That’s what this dimension is called. If you’ve stumbled across the other journal I left behind (in the back of a school bus), then you already know that. If not—if you’re new here—then perhaps a brief explanation is in order. I’ll have to keep it short, though, because I could only find a few of these accounting ledgers that were suitable for my purposes.

I came to the Lost Level by accident, via something called the Labyrinth, which is best described as an interdimensional pathway of energy running through space and time. The Labyrinth touches and connects everything in our universe. Since all the planets, stars, and galaxies are connected together by the Labyrinth, madmen, magi, occultists, and other seekers can travel from planet to planet and star system to star system. But they can also travel to other dimensions and alternate realities. You see, just as there are different planets in the universe, there are also different versions of those planets. These other-dimensional realities are often referred to as “levels.” The Labyrinth allows travel to and from these levels. Imagine an Earth where the Germans won World War II, or where China landed on the moon in the year 2002, or a version of Mars where, instead of arid, frigid desolation, one might find temperate jungles teeming with intelligent alien life. All of these exist, and all of them are accessible, if you know which doorway in the Labyrinth to open.

But there is one level that is different than all of these—a dimensional reality that exists apart from all the others, a place where the flotsam and jetsam of space and time occasionally wash up from across the shores of the multiverse. It is a place where one can encounter creatures and beings and objects from, quite literally, anywhere in the multiverse, and from any time in the multiverse, as well. That place is called the Lost Level, and if you are reading this, then you are in it, and you are screwed.

That’s the first thing you should know.

The second thing you should know is that there’s no escape from the Lost Level. There is no going home. No going back. The Labyrinth leads into this place, but there is no exit, except in death—and even then, scholars are divided. Some say souls and spirits can escape the Lost Level. Others say those energies remain trapped here for all time, just like everything else. I don’t know who is right and who is wrong. Regardless, I can say with some authority that Jim Morrison was right when he said that no one gets out of here alive. On my world, there was a song by the Eagles that I think sums it up aptly—you can check out anytime you like, but you can never leave.

As I said before, I came to this place by accident. I had been using an occult ritual to explore alternate realities for some time, and sadly, I’d grown careless and cocky about it. Ultimately, that led to my being trapped here. One moment I was at home in Wisconsin, and the next, I was stranded here in the Lost Level with only the clothes on my back and the contents of my pockets. Full of despair and fear, I did my best to survive.

Eventually, I made friends with two other inhabitants. The first was Bloop, a strange, blue-furred cross between a cat and an ape who was as brave and agile and loyal a companion as one could ever hope to have. The other was Kasheena, the warrior princess of a local tribe, a ferocious and valiant fighter whose wits, cunning, and skill with a sword were matched only by her beauty. I first encountered Bloop and Kasheena when they were captives of the Anunnaki—a race of intelligent, bipedal snake men who also inhabit this place. The Anunnaki communicate via telekinesis, and they are ruthless, loathsome foes—a blight on every other individual stuck here. I am not ashamed to admit that I hate them with a xenophobic passion.

After I’d helped free Bloop and Kasheena from their bondage, we journeyed to Kasheena’s village. It was a long trip, made longer by the fact that it is nearly impossible to mark the passage of time here in the Lost Level. That is because the sun never sets here. Indeed, it doesn’t move at all. It simply hangs in the sky, hovering perpetually at high noon. It provides light and illumination, the way all suns do, but it is motionless. Judging by the amount of gray in my hair and the wrinkles on my face, I have been in the Lost Level for many years now, but in all that time, I have yet to unravel the mystery of the sun. I have suspicions regarding it—suspicions based on observations and things I’ve learned since my arrival. I don’t think it’s really a sun. I think it’s an artificial construct. But to fully explain my thoughts surrounding its true origins and purpose, I could fill another of these accounting ledgers, and as I’ve said before, I don’t have the time or the room to do that right now. Instead, I want to recount an earlier tale, from long ago, when the jungles and forests and deserts and caverns of this place were still a mystery to me.

On the way to Kasheena’s village, we encountered other hazards and dangers—dinosaurs, giant robots, killer grass, and all other manner of deadly flora and fauna, including Grey aliens. Like the Anunnaki, the Greys have an established presence here in the Lost Level, although encounters with them are extremely rare. I’ve learned some things about them, just as I have the sun, but again, I don’t have the space here to recount it all right now. Suffice to say, the Greys don’t interact with the Lost Level’s other living beings very often, and when they do, they always have an ulterior motive.

Kasheena saved my life numerous times during that journey. Indeed, most of the survival skills I’ve learned here came from her. Eventually, we reached her people, but at a terrible cost. Bloop was killed in the dark by a giant, monstrous slug while Kasheena and I slept just a few feet away from him. By the time we became aware of the danger, it was too late to save him. Indeed, we barely escaped with our own lives. We avenged our companion, killing the slug and others like it, but Bloop’s horrific fate haunts me to this day. I mourned him for a long time.

I mourn him still.

Months after Bloop’s death, I led a group of tribe members to the crashed wreckage of a Nazi flying saucer. The craft was leaking radioactive material, and our intent was to bury the wreckage to safeguard the rest of the Lost Level. Fifteen men and women accompanied me on that journey, including Shameal, who was very interested in seeing the technology for himself. We worked for what must have been several days, based on the number of sleeps we had, and constructed a large earthen mound over the crash site.

Satisfied that nothing or no one would stumble upon the radioactive hazard unawares again, we returned to the village only to find it in still-smoking ruins. Our people lay scattered, dead or dying, alongside the corpses of an equal number of Anunnaki. We learned from one of the injured that a massive force of snake-men had attacked the village while we were gone. They’d captured those they could restrain and slaughtered those they couldn’t. Kasheena’s father was among those who had died defending the community. The Anunnaki had been especially cruel with him, and we never did find all of his body. Many others were mutilated in the same way. And though the villagers had put up a fierce fight, in the end, they were overwhelmed by sheer numbers. Over seventy of our friends and family had been taken, including Kasheena.

I set out within a few hours, determined to track the Anunnaki. I was armed with a steel sword, my .45 revolver (made by a manufacturer that had never existed on my world), a leather sling, a dagger, and a rusty box cutter, as well as my fourteen remaining bullets for the revolver, a small pouch of round stones that served as sling ammunition, and two twelve gauge shotgun shells for which I had no corresponding weapon. I figured the latter might come in handy should I need a quick source of gunpowder—or on the off chance I came across a twelve-gauge shotgun among the other debris constantly being transported to the Lost Level.

Despite his protests, I made Shameal remain behind to guide and lead what was left of the tribe, and tend to the injured. But I did not go alone. I was accompanied by a group of two dozen men and women. Some of them were warriors. Others had little or no experience with weapons or fighting but longed for revenge.

What follows here in these accounting ledgers is the story of that journey, one from which most of us didn’t return. It led us into the very heart of the Anunnaki’s city, where we found permanent darkness amidst the eternal sunlight.