Game of Thrones? Forget that… if you want to watch a sci–fi/fantasy show with unquestionable feminist bona fides, look no further than BBC America’s Orphan Black. Here’s a quick spoilerish primer of the show, in case you haven’t been watching (why haven’t you been watching?!?): The show’s protagonist is Sarah Manning (the amazing Tatiana Maslany), a grifter who kicks off the series by witnessing a suicide. As fate would have it, the woman who killed herself just happened to look a lot like Sarah (and by a lot, I mean exactly the same). Seeing this lookalike’s suicide as an opportunity to finally rid herself of a drug dealing, abusive ex–boyfriend and start a more stable life, Sarah decides to steal the dead woman’s identity. That dead woman turns out to be Beth Childs, a cop and the first of many clones Sarah discovers as she uncovers details of Beth’s life and their shared DNA. Eventually a core group of five clones band together, calling themselves the “clone club” while trying to uncover the truth about their origins. Of course discovering the truth puts them in constant danger, forcing them to contend with various nefarious organizations, religious cults, and covert military stuff.

In its two seasons, Orphan Black has become known for two things: 1. mind blowing performances by lead actress Tatiana Maslany, who plays Sarah and her clones so well that it’s easy to forget they’re all played by the same woman and 2. being the only scripted show on TV (besides Orange is the New Black) to be led by and completely focused on its female characters. In fact, the show focuses so much on its female characters that over on Slate.com, Jessica Roake wrote a piece titled “The Brilliant Misandry of Orphan Black” in which she argues:

“…the men aren’t simply less important to the story than the women. They are less than, full stop. With one exception, the male characters of Orphan Black are purposefully insubstantial, bordering on feeble… [they] are among the stupidest and least riveting fictional creatures to populate the modern television landscape… They are purposefully one–dimensional sketches denied the layers and complex motivations given to the female characters.”

Like all good sci–fi, Orphan Black has always been about much more than clones. It’s covered all the usual clone themed topics of course — what makes us human, science run amok, the dangers of genetic engineering, discovering frightening truths about yourself and the world around you, etc. But where it really separated itself from the standard clone stories is the ability to focus on issues that only a female lead character can allow for — issues like female strength, sisterhood, motherhood, motherhood envy, female agency, and the fight of women to own their identity in a world that wants to control their bodies, sexuality, and reproduction. In fact, there’s been an ongoing plot line related to the female clones’ fertility/infertility and what these nefarious organizations are willing to do with, or about it. The parallels to real world issues affecting women are pretty clear. But, after the events of season two’s final episode, the show’s female focus may be in jeopardy. Why do I say that? Because… again, spoilers: season two ended with the shocking revelation of male clones.

Up to now, the show has done an excellent job addressing issues that are far too often ignored and overlooked because of mass media’s reluctance to create much of anything with strong female leads. So why do this now? What does the introduction of male clones do for the series? Obviously we’ll have to wait and see, but since it’s happening regardless of my feelings on the matter, I at least have some thoughts on how to incorporate the male clones without ruining the show, while even managing to address some rarely examined aspects of masculinity.

First, let me state for the record that I wish the male clones they had introduced were non–white. The parallel story possibilities would have been great to explore. Much in the same way the female clone club struggles with organizations and situations that serve as metaphors for patriarchal control of female bodies, a clone of color, particularly a black male, would have set up some interesting explorations of the way black men are treated, feared, imprisoned, and controlled by society. There have been so many real world examples of black people’s bodies being used, by force and/or deception, for scientific experimentation that I just don’t get why they didn’t go this route. Adding a black male as a clone would have also helped to increase the show’s racial diversity, which started off as a strong point in season one but decreased quite a bit in season two.

As for the male clones that were revealed, we learned two key facts: they were created explicitly for military use (unlike the female clones… we still don’t know why they were created) and …*major spoiler*… one of the show’s prominent recurring male characters is actually a clone. Here’s the thing about the “military use” revelation: Orphan Black has taken a pretty clear stance on the nature vs. nurture debate. Clearly, nurture plays a much bigger role in defining who the clones are than nature does. How else can you explain each of the clone club women displaying remarkably different personalities, interests, even sexual and gender preferences and identities, despite the fact that they obviously share the exact same DNA? Environmental factors seem to be the explanation (though the show’s creators are quick to clarify that they’re not implying the bisexual clone’s sexuality is a matter of choice) (Entertainment Weekly, 14 March 2014). This clear stance provides an opening for some rather interesting explorations of masculinity and its connection to violence.

So far, the majority of the show’s men (with a few notable exceptions) have been violent in one way or another. And since they’re mostly one–dimensional characters, the men in the world of Orphan Black read as being violent simply because they’re men. Female characters have been violent as well, but their violence has typically been instrumental, generally done out of necessity, or in the case of clone clubber Helena (yup, Tatiana Maslany), a result of brainwashing and torture.

The brief appearance of Tony Sawicki (also played by Tatiana Maslany), a trans man and one of the Sarah clones, proves interesting in this context. Tony is introduced to us in a moment of violence… when we first meet him he’s with a friend and associate who’s been shot. Tony is also aggressive and abrasive in his mannerisms and, as we learn, running from a criminal past. Although we don’t know many details about his criminal activity, that introduction places him squarely in line with the show’s other depictions of masculine behavior. Masculinity = violence; it’s as central to Tony’s performance of masculinity as it is for the show’s cisgender men.

By the way, I’m not mad at Orphan Black for this one–note depiction of masculinity. Sadly, in the real world, men are frequently taught that violence is a way to assert and demonstrate masculinity. This is something I talk and write about frequently in my work. Plus, much like Jessica Roake, I’ve enjoyed the rare opportunity to watch a show where men are not the central characters for once. Story–wise, it makes complete sense that more than any character or corrupt organization, masculinity would be the true enemy of the clone club women. But that was all pre–male clones.

I worry about the direction these new clones will take the show, but I am also hopeful. I hope the show’s creators don’t suddenly lose sight of what made the show successful to begin with and start shifting the focus to the men. I know, I know… how dare I question our TV overlords who have proven time and time again just how fair and balanced they can be?! Anyway, if they avoid that mistake, the male clones present an opportunity for Orphan Black to finally add some dimension to male characters beyond Felix (the only male character on the show who’s been given any depth thus far). In fact, I feel the show has already started moving toward more varied depictions of its men via characters such as Dr. Duncan, Colin, and Cal. Don’t get me wrong; they’re still one–note characters; that note is just a non–violent one. Even Tony eventually gave us a brief glimpse of something deeper and more interesting than the gruffness and violence he first presented… but then he was gone again.

So when it comes to the male clones, I wonder: will the show stick with past trends and make them violent by virtue of being male? Or will they go the opposite route and give us clones who are violent only because they were forced to be by the military (much in the way Helena was tortured and brainwashed into her violent ways?). I’m hopeful that it’ll be the latter, because the recurring male character who is revealed to be a secret clone finally started showing us he’s more than the typically violent Orphan Black male. While he has certainly shown an aptitude for violence and been a threat to members of the clone club in the past, more recently he has shown a great capacity for tenderness and love.

It would be another wasted opportunity if the male clones become nothing more than one more violent, but ultimately empty threat/patriarchal obstacle for the clone club to overcome. But even that choice will be more acceptable to me than what I fear may become the show’s new direction: setting up an Edge of Tomorrow approach that makes the male clones the ultimate heroes of the Orphan Black story when it really should be the women. Even if you haven’t seen Edge of Tomorrow, the previews alone make it pretty obvious that Emily Blunt, the kick ass female co–star, should have been the movie’s real hero, instead of headliner Tom Cruise. In the end, there are aspects of masculinity that can be explored using these male clones and I believe it can be done without taking away from the show’s unique and important focus. I just hope Orphan Black’s creators realize this and don’t ruin one of my favorite shows with a sudden testosterone injection that no one was asking for. 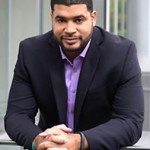