Our social lives are fraught with peril over the question of who belongs and who doesn’t. What’s the difference between becoming a friend and getting friendzoned? Is it love or is it a stalker? Should I get to know my neighbors, even though we have nothing in common but location? How many illegal immigrants does it take to steal a job? What do I do when a coworker stabs me in the back? How bad does a blood relation have to get on Facebook before I can unfollow them without feeling guilty? Is it better to take advice from a stranger or from your parents?

As much as we might want to treat everyone fairly, and as much as we don’t want to fall back on generalizations, it’s impossible. We just aren’t smart enough.

How smart are we?

At most, 150 people smart (approximately).

This is the maximum number of people that we can hold in our social groups, called Dunbar’s number. British anthropologist Robin Dunbar noticed during his primate research that the size of various primate social groups was related to the volume of their neocortex (the cortex is the thin, outermost layer of the brain, of which the neocortex takes up the majority). He then predicted the maximum size of human groups using the volume of the human cortex, and noticed that it correlated with the size of Neolithic farming villages and other types of tightly–knit groups. He noted that in modern society, we are unlikely to have groups near the maximum size; if we did, we’d have to spend approximately 42% of our time in social grooming behaviors in order to maintain cohesion in the group.

If true, this has all kinds of implications: Admitting someone to your group means someone else has got to go. Casual sex is trying to obtain someone else’s resources for less than the true social cost of a relationship. Treating an outsider fairly (i.e., the same way you’d treat a member of the group) often means making the whole group vulnerable to attack. Sometimes it’s better to spend your resources and befriend those who can hurt you the most, rather than those with whom we have the most in common. Sometimes we are taken advantage of, not by strangers, but by intimates who demand more resources than they produce, who must then be punished or shunned by the group.

The Golden Rule exists because we don’t treat people outside our groups as actual human beings unless we’re forced to, either by morals, laws, ethics, or taboos.

Let’s say it comes down to a choice between saving your child or saving fifteen tourists on a tour bus. The greater good is to save the tourists. But you probably won’t—the tourists aren’t, in your secret heart of hearts, actually human. They don’t belong here anyway; they should have stayed home.

So how do you turn the idea that some people aren’t quite human into a monster?

I happen to like Tarot cards as a randomizing element for telling stories, so I’ve broken down the Other as I would a Tarot card—with an upright meaning, a reversed meaning, and a “crossed” meaning. I do want to note that in an actual story, the card might show up in two or three positions at the same time, or even in riffs that I haven’t covered here.

Upright: The Other Invades the Inner Circle

The Other is a foreign element that attacks a group or member of a group. As a monster, it can be grotesque or subtle, although often the subtler invaders conceal a grotesque appearance (for example, The Thing).

In Alien, a group of humans checks out a distress signal and accidentally wakes up a dormant alien, which proceeds to invade their ship and murder off crew members. The alien is an Other; it attacks members of the inner circle and must be resisted (even if the humans did start it).

You can take this Otherness as representing something specific (in the Alien movies, the reversal of gender roles—the threat of men being treated by outsiders as men treat women—seems to be a theme) or just as a general “otherness.”

• The Great Old Ones in H.P. Lovecraft’s stories. (While a lot of people point out that Lovecraft was racist, I would also like to note that he also lived less than three hundred miles away from the Burned–Over District and talked far more about his horror of an all–powerful being whose adherents were attempting to hasten the end of the world than he ever did a few fish–people.)

• The ghost in many ghost stories. (The Shining—rich people from an era of decadent wealth versus an impoverished writer and his family. Ghost Story—a woman, a black guy, and a Jehovah’s witness versus a group of guys who are so white they call themselves the Chowder Society. The Woman in Black—a rich woman’s wronged sister takes her revenge on the children in a nearby village… none of whom are of her social class.)

A more subtle danger involving the Other is that existing members of the inner circle might change their loyalties… or have been traitors all along.

While this second type of attack is most visibly demonstrated by monsters like zombies and vampires who spread some type of infection, this type of attack can also happen when members of the inner circle behave in an untrustworthy fashion, as when zombie survivors attack each other instead of their real foes.

Alien has multiple instances of the inner circle becoming corrupt. The Weyland–Yutani corporation deliberately puts humans in harm’s way in order to obtain samples of the alien. Ash, who appears to be a human crew member, is really an android. Kane is infected by the alien face–hugger. Ash lets the infected Kane back into the ship in defiance of protocol.[1] The same themes pervade the rest of the series: human leadership is corrupt and dehumanizes the people who follow it; some people who appear to be humans aren’t; humans who come into too close a contact with the Aliens become infected and must be killed.

In many cases, the corruption of the inner circle multiplies and often outshines anything the original threat can do.

• The humans in The Walking Dead. The zombies aren’t so much an Other as they are the monstrification of society itself. The point of the story is to show just how corrupt our relationships are by putting more pressure on them.

• The experts in The Exorcist. The first two–thirds of the novel consists mainly of Regan’s mom wasting time with medical doctors, specialists, psychiatrists, etc. Even the church initially denies the possibility that the girl could be possessed. The demon barely has to act.

• The humans working for the Ancient One in The Cabin in the Woods. Depending on your perspective, you might call the employees of the Facility corrupt because they’re betraying people “for the good of humanity”—or because they treat the sacrifices not as participants in a holy ritual but as entertainment.

Crossed: The Self Contains an Other

However, the heart of the problem of the Other is that nobody, even the self, can be trusted: there’s a constant rebellion lurking under the surface of every psyche, including your own. Your baser urges are always there, trying to trick you into acting against the interests of the group—even against your own best interests.

There seem to be two ways to show this: in–story elements and meta–story elements that require one to step back from the story in order to “get” the criticism of our selves.

In Alien, this ends up being more the second case than the first. The movie bombards us with images of rape, corruption, invasion, and murder, but in the end, the grotesque aliens are us—they embody our urge to destroy and absorb other civilizations and to control others—including the alienized members of the weaker sex—through sexual aggression and violence. The aliens are how we might be seen from the reaches of outer space.

Some other notable examples (some spoilers):

• Marie from High Tension. She sublimates her sexual urges toward her female friend Alex into a male serial killer.

• Robert Neville from I Am Legend. Robert fights the urge to kill himself, fast or slow, throughout the book—only to discover, at the end, that he has been murdering survivors rather than simply killing vampires all along.

• Patrick Bateman from American Psycho. The reason it doesn’t matter whether Bateman’s killing spree is real or not is because the story shows that being a materialistic yuppie in and of itself is worse than being a serial killer… and that, in a sense, we’re all just as bad.

A few final notes about the Other:

First, that everyone both has, and is, an “Other.” You are someone else’s monster, I guarantee it. And justifiably so.

Second, that the horror context is not the only one. For example, the fantasy genre almost always use aspects of the Other both as an antagonist and as a source of power (Latin chanting, weird artifacts, or shamanic rituals); it’s almost as if looking outside one’s peer group is a good thing from time to time. You can turn the Other into a source of inspiration as easily as you can a source of fear; the real danger is in dehumanizing a group without admitting that’s what you’re doing.

Finally, let me caution that using the Other isn’t a magic formula for writing monsters. Actual monsters are almost always more complex than an idea or two. By treating the Other as a formula, it’s easy to treat your reader as an Other—that is, to write stories designed to attack the beliefs and flaws of people you dislike. While I have seen some wildly popular novels that do this, it’s probably better to be honest and take the scalpel of fiction to yourself and your own group’s issues rather than attack someone else’s.

[1]Someone explain to me the logic behind Jones the cat never getting infected. About the only reason I can come up with is “insufficient mass.” 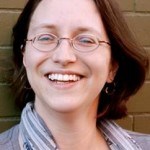