“Maybe if you stand at just the right angle, with your hand oriented just so, it might work.”

“Use the palm of your hand, it’s lighter.”

The inevitable comments come when I stand in front of an automated paper towel dispenser, one you might find in a public restroom at the airport or in a restaurant. Theoretically, a beam of infrared light emitted from a diode detects movement when a hand passes in front of it. The light bounces back to the sensor, the circle is complete, the algorithm pats itself on the back and commends its creators for a job well done. Some days the integrated circuit with a photometric sensor recognizes me, acknowledging me as human and distinct from the background and spits out a sheet of one-ply recycled cardboard with a length predetermined to both maximize absorption and profits. Sometimes it sees nothing. Some days I wait patiently, others I suck my teeth and storm out, flicking drops of excess water onto the floor in frustration.

Who am I supposed to be mad at in that situation? Light? The way the paper towel dispenser uses it? The team that designed it? Do I blame Boston Dynamics for creating the algorithm for AI dogs to navigate an obstacle course or the paramilitary group using it to ferret out humans fleeing violence in their homes?

Technology iterates, but the prevailing logic behind its function stagnates. An android waiter only recognizes a subset of society when servicing customers. Citywide AI has trouble labeling who is a citizen and who isn’t. Synthetic security forces created to minimize human error misinterpret colloquial gestures for aggravated intent and react accordingly. Science fiction is rife with stories of the unintended consequence that follows good intentions. Letting technology be the answer is complicated enough when the question is Was that a first down or not? Or was that serve in-bounds or out-of-bounds? Or who touched the basketball last? But when the question is Was that hand moving to a wallet or a gun…

Optics. The way we study light and its behavior, and how it interacts with matter.

Optics. The way action is perceived in the context it is performed.

There’s an alternate reality where H.G. Wells was the pseudonym of Ralph Ellison. The Time Machine is an attempt to reckon with historical injustice and a desperate escape to what should be a better time, and yet, society still preys upon each other. The Island of Doctor Moreau is a response to the field of medicine advancing its knowledge at the expense of the underprivileged. Perhaps someone can read The Invisible Man from front to back and get one story, and from back to front and get another, a parallel world where a character moves through the book’s setting unseen, their existence a modern miracle, an extraordinary feat, dogged by opinion, chased by police, socially invisible while physically present for the judgment of the crowd.

But from invisibility, from the absence of matter for light to bounce off of, or from a presence of material by which light is absorbed, from the manipulation of optics, there is revelation. The revelation of character and how one acts when free from witness. The paradox of the Ring of Gyges and who is just when their actions are unmonitored or, depending on what boardroom seat a person occupies, ignored. The One Ring to Rule Them All renders the wearer invisible, yet reveals the Nazgûl (Black Speech for Ringwraiths, or Black Riders) as the greedy Numenoreans when worn. The ultimate Would you rather? lunch table question, offering invisibility versus flight, is a revelation that unlike The Invisible Man (pick one), reveals how one would wish to move through society if they could, rather than if they were forced. Or, posed as a different question, who would fall through the cracks of the system, and who would slip through them.

In the anthropological lessons of the future, a scene is described: a Black man runs. The students, using forensic overlays, attempt to discern the background and action. One conjures a diorama via living plants and an enslaved man runs towards freedom. Another student summons a spectral stage and a man runs from his demons. Still, a third programs androids to run alongside as a sprinter races for gold. Finally, out of recycled packaging, a student constructs a neighborhood that an Ahmaud Arbery jogs through, seconds before being brutally murdered. Every possibility is correct, every scene a fractal of history, viewed through a lens of memory and subjectivity.

In another class, students parse a set of holographs and determine if they are accurate or if they are digital mockeries intended to amuse. They swipe through a subcommittee composed completely of men setting rules and penalties and legislation surrounding a woman’s body. They hesitate on a collective of white women that created a plan to memorialize a war over a state’s right to determine if you can own enslaved Black Americans while erasing the collective consciousness about the war’s goal. Many grumble as they observe a fourth-grader gathering lunch debt in a country that generates over 20 billion pounds of food waste a year. In the end all the holographs are deemed an exaggeration, the optics of the alternative too unbelievable to be true.

Returning to the much-maligned paper towel dispenser, it does what its designers asked it to do. When it detects motion, dispense towels. If it cannot detect, do not dispense. There were no instructions about variations in melanin. No machine programming that describes the external scene of a dark-skinned person unable to acquire what someone with fairer skin could. No embedded comments contextualizing the analogy it unwittingly created. It is a towel dispenser. No more, no less. It has no concept of optics. 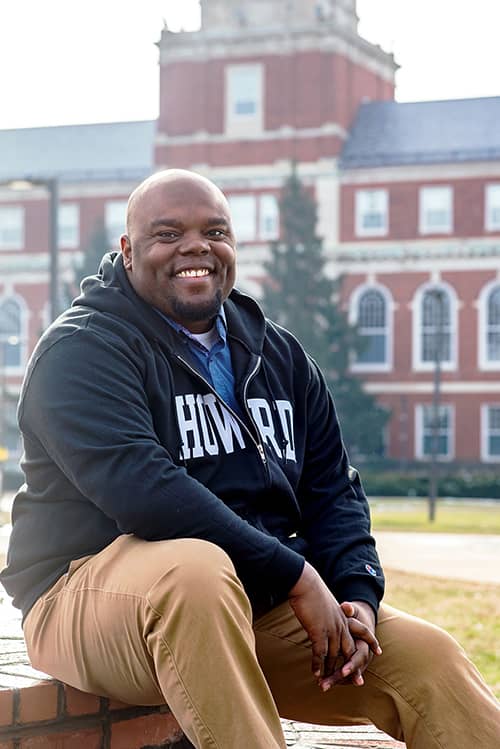 Kwame Mbalia is a husband, father, writer, a New York Times bestselling author, and a former pharmaceutical metrologist in that order. His debut middle-grade novel, Tristan Strong Punches a Hole in the Sky was awarded a Coretta Scott King Author Honor, and it—along with the sequels Tristan Strong Destroys the World and Tristan Strong Keeps Punching—is published by Rick Riordan Presents/Disney-Hyperion. He is the co-author of Last Gate of the Emperor with Prince Joel Makonnen, from Scholastic Books, and the editor of the #1 New York Times bestselling anthology Black Boy Joy, published by Delacourte Press. A Howard University graduate and a Midwesterner now in North Carolina, he survives on dad jokes and Cheez-Its.

Kwame Mbalia is a husband, father, writer, a New York Times bestselling author, and a former pharmaceutical metrologist in that order. His debut middle-grade novel, Tristan Strong Punches a Hole in the Sky was awarded a Coretta Scott King Author Honor, and it—along with the sequels Tristan Strong Destroys the World and Tristan Strong Keeps Punching—is published by Rick Riordan Presents/Disney-Hyperion. He is the co-author of Last Gate of the Emperor with Prince Joel Makonnen, from Scholastic Books, and the editor of the #1 New York Times bestselling anthology Black Boy Joy, published by Delacourte Press. A Howard University graduate and a Midwesterner now in North Carolina, he survives on dad jokes and Cheez-Its. 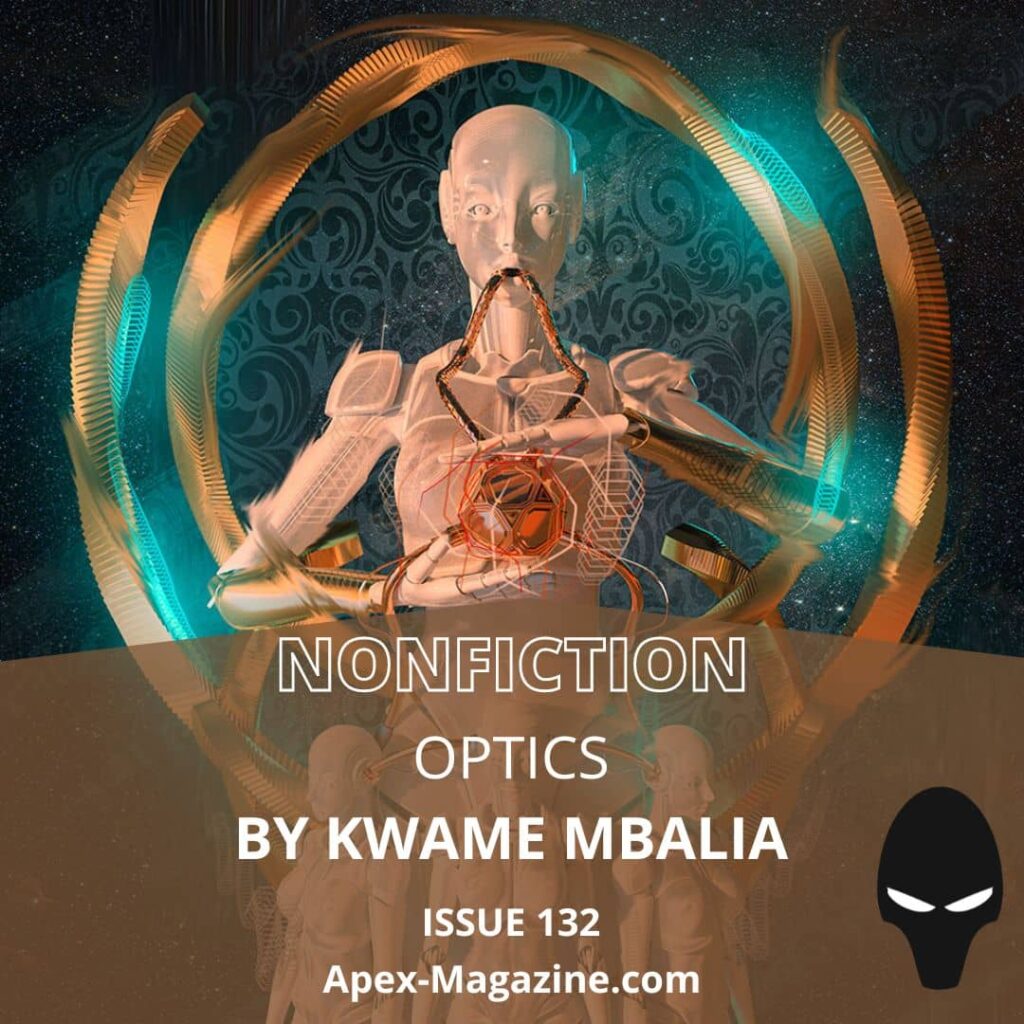