I’ve been here before, sitting in front of an Excel spreadsheet filled with story titles and word counts, trying to decide what to include in a collection. The first time was fraught with so much worry, so much fear that I was doing everything the wrong way, that no one would read it, that I would fail, and spectacularly so. Because if you’re going to fail, doing it with a bang is the only way, right?

I assumed the second go around would be, if not easier, less worrisome. After all, I knew how to put the stories together, how to alternate tenses and points of view for a more engaging read, what sort of feeling I should open with, what sort of emotional resonance I wanted for the closing story. I knew that this story and that story had a similar feel, so I had to pick only one; knew, too, that two others with a similar setting shared the same fate. All the Is were dotted and the Ts crossed, to my mind anyway. Trial and error perfected.

In spite of my confidence, in spite of knowing exactly what I needed to do and how to do it, I forgot my own sharp-edged nugget of truth: This doesn’t get easier. Nothing about publishing gets easier.

So, there I sat in front of my spreadsheet, staring at titles, and every bit of confidence I had melted away. Not in a messy Raiders of the Lost Ark way, but effective nonetheless because within minutes, I was incapable of choosing anything other than the X in the top corner.

What if I picked the wrong stories and instead of a cohesive collection, I created something rambling and disjointed? What if they didn’t fit together, no matter how many times I changed the order? What if, once I turned it in, Apex hated it? And then, what if everyone else hated it?

(Me: Brain, we’ve already addressed these questions once. No need to rehash them.

Never mind that this was a collection of reprints, already vetted by several editors. Never mind that one of the stories had been nominated for an award. Never mind that I planned to include one of my personal favorites and just the thought made me grin. Until the melting, that is. I couldn’t summon much of a smile then, and even if I had, I’m sure it would have been fairly horrific.

The truth is, I knew there was far more to lose this time. A lot of people enjoyed Sing Me Your Scars. Of course, not everyone—that’s not how this works—but plenty did. Scars was also awarded Best Short Story Collection of the Year by This is Horror, which was wonderful. For Locus Magazine, Laird Barron said, “Behold a powerful, important statement writ in the weird.” Christopher Burke of Weird Fiction Review called it “… a sharp treatise on the subject of human pain, in all its forms, and what comes after.”

(Cue another round of melting.)

Then I poured another cup of coffee, because there’s always coffee involved somehow, and opened a Word document.

(Me: Brain, we need to make Cry Your Way Home even stronger.

Brain: We can’t do that. Can we do that?

Me: We can damn well try.

Brain: Well, you do have to create something. I mean, people can’t hate nothing.

Me: You are so not helping.

I drank some coffee, mulled over a few stories and added the one I thought should open the collection to my Word doc. A small accomplishment, to be sure, but you have to start somewhere. Then I added the closing story. Then the one nominated for an award went in the middle, along with the favorite of mine. Now at least my skeleton had a spine. And over the course of the next few weeks, I cut and pasted and moved stories hither and yon. I removed a few, put them back in while removing others, all the while convinced it was utter dreck. I enlisted help from my beta readers—Kristi DeMeester and Paul Michael Anderson—as well as Apex’s Lesley Conner to decide on a few because I’d reached the point where everything had blended into word-mush. But I wasn’t melting anymore. That was a plus.

As with Scars, I paid attention to the thematic elements in each story while I put them together, but the overarching theme of the collection as a whole didn’t become apparent until after I finalized the table of contents. I’ve no doubt it happened subconsciously, mind you, in that strange, almost-magic way that often accompanies writing, but it wasn’t something I actively built. I’m grateful for that; if I’d had to think about it along with the rest I probably would’ve torn out my hair, and I kind of like my hair.

There are a few deviations from that theme; I’ve been thinking of them as rest stops, places where a reader can perhaps emotionally reset.

(Brain: Woah, there. You are thinking way too hard about it and getting analytically poetic where you don’t need to.

Me: Whatever. How can you even be analytically poetic?

Okay, enough of that.

I think I picked the right stories. I think they fit together well. I think the collection has a nice cohesiveness to it, in case a reader decides to start at the beginning and read through until the end. And when I turned it in, Apex didn’t hate it.

As I write this in early December, I’m telling myself that when publication day rolls around, I’ll be fine. I won’t be a nervous wreck. I won’t gnaw on my fingers or pace or drink too much coffee. I’ve been there before. I’ll be fine.

It’s a nice bit of fiction, don’t you think? 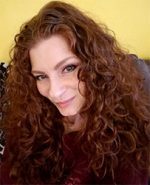 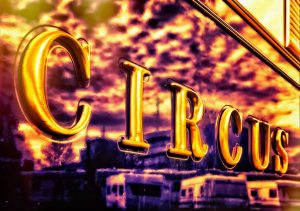 Episode #26: Not My Circus, Not My Monkeys: The Elephant’s Tale

Listen to our audio presentation of “Not My Circus, Not My Monkeys: The Elephant’s Tale” by Damien Angelica Walters. Narrated by Lisa Shininger. 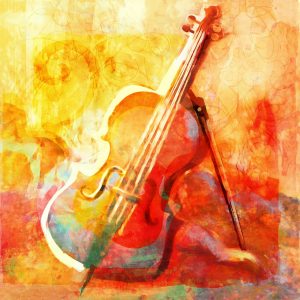 Listen to our audio presentation of “Requiem, for Solo Cello” by Damien Angelica Walters. Narrated by Lisa Shininger. 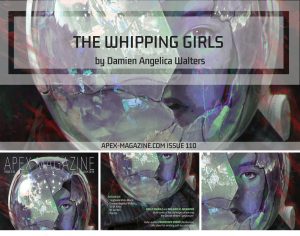 Erika’s fingers tense on the steering wheel as she approaches the Kansas-Colorado state line. Endless fields of wheat, waiting to be harvested, sit on both sides of the interstate, the stalks rustling whisper-soft.