How difficult is it for you to stay optimistic these days? Like, on a scale of one to “whoops, this must be the bad timeline.” When you’re leaning toward pessimism, do you have a strategy to veer in the opposite direction?

If someone genuinely wanted to know, especially a young person, would you have an answer?

This has been on my mind recently after I was invited to speak at a college climate-fiction class. It was my first of this type of author gig but, as a high school creative writing teacher, not totally outside my wheelhouse. My goal was to paint a picture for the students of something other than the bleakest current trends.

After we finished and the class was filing out, a young woman approached me and asked: “Isn’t it hard for you to be optimistic? With so much … how do you not lose hope?”

In the middle there, she made that universal gesture of everything a lot of us use these days. I took a moment to sit down on the edge of the stage, partly so we were closer to eye level—and partly, as any teacher reading this has already guessed, to give me a chance to think of an answer. Not because I don’t have strategies to feed my optimism, but because my brain couldn’t get past the idea that this person was looking to me as some sort of guide on facing the future. Teenagers asking me what I think is one thing, but someone who looked to be almost twenty treating me as the sage? I wasn’t adequately prepared.

And honestly, I don’t remember exactly what I told her, but I hope it was good. Maybe, more importantly, I hope it was enough because one of the things to note about young people is they have a bullshit detector tuned as well as the Webb telescope—and they get more aware every year. If they don’t understand something and are given space to ask (very important), they will. But that awareness of the world is a double-edged sword. They see the same articles about climate change as we do, but where we can sometimes push it aside and distract ourselves with gardening or Eurovision, often they can’t. But for them, that’s okay because they’ve figured out their own adaptation. As my creative writing students told me: “Well, the world will be uninhabitable in a decade anyway, so whatever.”

The first time I heard that I balked. How can you think we’re that screwed? Does the younger generation see hope as something made up, simply a fanciful story element used by writers? When the next crop of students expressed the same defeatism, clearly I needed to help them see otherwise. Describing a half-dozen historical examples where we walked back from the brink of destruction didn’t work; they’ve listened to podcasts about them. Talking about how the media focuses on the bad news and quoting positive trends from learned scientists? Same effect—they’re better informed about misinformation than I am. Young people of our digital age know a lot. And like young people since the beginning of the universe, they think they know everything.

But they don’t. And that’s not a fault. That’s where we—elders, teachers, parents, confidantes—come in. We listen for the questions.

They want to believe in hope because no one wants to feel hopeless.

Once I clued into this, I changed strategies. One thing that college talk focused on was injecting solarpunk into second-world fantasy as a way to breed optimism; they could take a genre that doesn’t need to be hopeful (and often isn’t) and splash some hope in the background. In my creative writing class, we examine a range of stories that aren’t blatantly grimdark or optimistic. We talk about shades and interpretations and the subtleties writers incorporate into their work. How a story like Bruce Stirling’s “The Tall Tower” shows how concern for our loved ones’ well-being will persist in a future healed through technology, or the many ways writers like Kelly Robson or Premee Mohamed show humanity not only surviving but beginning to thrive in a world damaged by climate catastrophe. These aren’t just post-apocalyptic stories; they’re stories of adaptation, and there’s power in presenting that to readers.

One of my favorite tasks in class is to take a common idea related to climate or sustainability and brainstorm the different ways to build a story around it. Something like “net-zero emissions in Canada” or “universal basic income.” Inevitably the students start with the extremes—worst-case scenarios or versions of utopia—and I nudge them to dig deeper. What sort of character or societal conflicts would still exist in a net-zero world, for example? What new challenges or issues would that future present, either on our way to it or after it’s realized? Brainstorming that not only gives them ideas for richer stories, but hopefully, that future begins to seem more real—not only on the page but as something realistic for us.

This is important as storytellers, too—which is what most teachers are, to be fair. I was on a panel recently with some other cli-fi and solarpunk authors where we discussed the role of art in framing real-world issues and solutions. My response to that topic often defaults to something L.X. Beckett said to me years ago: that words like “should” or “obligation” are problematic when it comes to creating, and a writer’s role is to provide “what-ifs” and let scientists, activists, and policymakers worry about the tangible changes. But if young people are having trouble seeing hope as realistic, then there’s a responsibility on all of us to be cognizant of the implications of the stories we pass on so that they don’t become a form of erosion in themselves. I attempt this with the stories I present in class and with how I embed hope in the background of my own work. That doesn’t mean hiding how we feel—we need to express ourselves honestly, for all kinds of reasons. But in a world where hope is fragile, considering the potential impact of the thoughts and dreams we fling out becomes even more critical.

One thing I do remember saying to that college student is that giving a talk on climate fiction, or discreetly supplying hopefulness to my students—even writing this article—all help to feed my hope. Simply a glimmer of hope reflected back at me motivates me to supply a little more in my next lesson, and the lesson after that, because I can’t let that glimmer dull. This means making sure that my glimmer remains intact, too, since faking my way past that well-tuned bullshit detector doesn’t work. It’s like a perpetual motion machine of hope in my classroom, and it’s based on one idea: that we’re only screwed if we think we are. This is why I hope that college student walked away feeling better. And that the next time someone asks her, “How do you stay optimistic?” she has an answer to provide that might in turn feed a little hope to someone else. It won’t happen overnight, and I can’t vanquish my students’ defeatism with a single amazing Dead Poets Society­-style lesson. But hope—the knowledge that we have, we can, we will—is a renewable resource, and the more we feed it, the easier it will be to realize that better world we want our young people to live in. 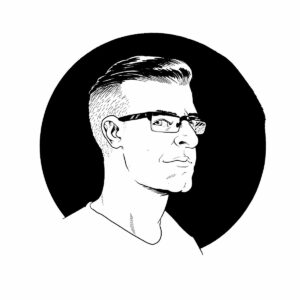 Brandon Crilly has been published by Daily Science Fiction, Fusion Fragment, PULP Literature, Flame Tree Publishing, and other markets. He’s also an Aurora Award-nominated podcaster, reviewer, conference organizer, and Dungeon Master for a bunch of other writers. His debut novel, Catalyst, will be published by Atthis Arts in Fall 2022.

Brandon Crilly has been published by Daily Science Fiction, Fusion Fragment, PULP Literature, Flame Tree Publishing, and other markets. He’s also an Aurora Award-nominated podcaster, reviewer, conference organizer, and Dungeon Master for a bunch of other writers. His debut novel, Catalyst, will be published by Atthis Arts in Fall 2022. 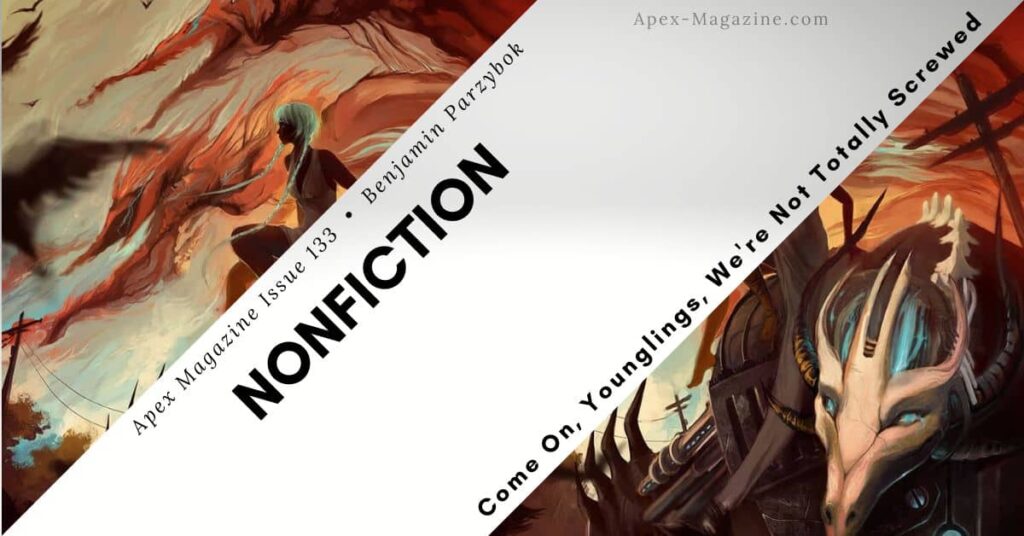