When I decided to take the plunge into writing Black Speculative Fiction in 2005, little did I know that I was part of a wave of creators that would change the face of science fiction and fantasy publishing and introduce the diversity the industry lacked for so long.

The reality is that there had always been Black authors and readers in speculative fiction, reaching as far back as the 19th century. Samuel Delany won the Nebula award in 1966, and there are very few people who are not familiar with the amazing work of Octavia Butler. However, despite their presence, the number of Black speculative fiction authors was sparse. Some surmised this was because there were few writing such works, but those of us who understand know that this lack of representation was seeded by those making the decisions of who would or would not be published.

All this changed with advances in technology. The first of those changes was the internet. Most Black Speculative Fiction fans I met felt isolated. Most grew up thinking they were one of a few Black people interested, and many kept their love of it hidden because of peer pressure. The internet became the perfect medium for these readers to find each other and enjoy their fandom in a safe environment. In 2005, I was introduced to the Black Superhero Forum, an online gathering spot for those interested in and creating Black superheroes. Created by Omar Bilal, BSH Forum was a raucous forum filled with talented creators. Many of the artists and writers I met there I still work with today, and many of them have become prominent creators and voices in Speculative Fiction. BSH Forum was an incubator of Black artistic talent and a great place to meet artists to work with. Artists such as Richard Tyler (Uraues), John Jennings, Ashely Woods, Stacey Robinson, Afua Richardson, and Jerry Craft were active members, sharing their talents, knowledge, and insights with the group. Each of these creators and more are making a significant impact on not only Black Speculative Fiction, but on the speculative fiction genre overall.

A few years later, I became a member of The Black Science Fiction Society. Started by Jarvis Sheffield, BSFS became another important focal point for people interested in and creating Black Speculative Fiction. It was here where I met the bulk of Black Speculative authors I respect and have published in my various anthologies. Authors such as Balogun Ojetade, Valjeanne Jeffers, Nicole Given Kurtz, Phenderson Djeli Clarke, Carol McDonald, and so many more. Here again was another opportunity for creators of like minds and ambitions to congregate to support each other and hone their crafts. The results were amazing, and couldn’t be contained to the internet. This same time period saw a significant increase in Black participation at science fiction and fantasy conventions. Black authors found themselves invited to various venues as guests and panel participants, and by participating in vending rooms, made their books available beyond the online safe spaces which were essential for them to develop their craft.

In 2012, Balogun Ojetade and myself created the State of Black Science Fiction Facebook group as a way to bring focus to our Black Speculative Fiction presentation of the same name. The group quickly became popular, giving Black creators yet another outlet of expression. By now it was obvious that what was happening on and offline was not a trend; it was a movement. Combined with the rising popularity of mainstream published authors such as N.K. Jemisin, Nnedi Okorafor, and others, the participation of African/African Diaspora authors and artists in the genre was reaching critical mass. Not only had these creators proven that there was a need for such creativity, they also proved that Black Speculative Fiction reached across boundaries. The fears held by publishers, agents, and editors were just that: fears based on lazy research, as well as deliberate and institutional racism. Black authors that had experienced small moments of popularity found them and their work once again relative to an audience that in many cases had not had the chance to experience their work because it had become blacklisted.

Another term and discipline that had lingered in the background of conversations centered on Black speculative fiction and creativity found new relevance in this cultural renaissance: Afrofuturism. Originally coined by Mark Dery to describe what he witnessed in the Black Arts community, Afrofuturism has become a blanket term to describe and define this explosion of creativity in science fiction and fantasy. Scholars such as Reynaldo Anderson, Lisa Yasek, Ytasha Womack, and Clint Fluker work diligently to expand the reach of this movement, and were instrumental in the expansion of it and its various descriptions.

The appeal of Black Speculative Fiction has also been displayed in the number of accolades presented to Black authors during this time. More Black authors have been nominated for—and won—the major awards in science fiction and fantasy in the last ten years than in the existence of the genres, a true testimony of the quality of the work and the skill of the authors.

If there was any event that could be described as the pinnacle of the acceptance of Black Speculative Fiction, it would be the release of the Black Panther movie by Marvel Studios. Black Panther, created by Stan Lee and Jack Kirby, has existed since the sixties, slowly evolving into the character that was portrayed on the movie screen. Molded by the talents of Christopher Priest and Reginald Hudlin, this hero made his debut to the general movie public under the direction of Ryan Coogler. To those watching the MCU movies, this movie was the result of the character’s introduction in Avengers: Civil War. But to many of us involved in Black Speculative Fiction up to that point, the making of this movie and the budget spent to bring it to life was partially due to the growing interest and growing audience of the new genre. The Black Speculative Movement unlocked the door; Black Panther shoved it open.

There are some that see Black Speculative Fiction as a trend. That is not the case. Black authors continue to create amazing stories that transcend the roles we have often been restricted to, helping to redefine and expand the audience. Many of the authors have risen to positions where they can oversee this new reality. Although we still have not reached the point where Black Speculative Fiction and other forms of diverse speculative fiction have become normalized, I feel safe in saying that these changes are now a permanent fixture. It’s a present from which we all benefit, a reality that makes the future an exciting prospect for all of us. 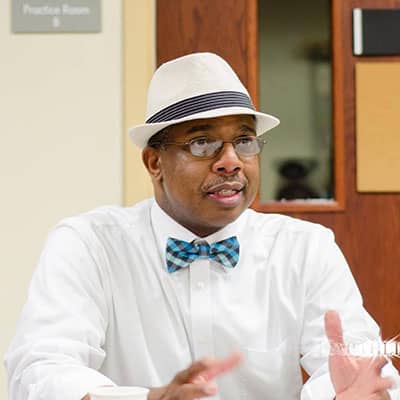 Milton Davis is an award winning Black Fantastic fiction author and owner of MVmedia, LLC, a publishing company specializing in science fiction and fantasy based on African/African Diaspora culture, history, and traditions. Milton is the author of twenty-one books and publisher/editor of ten anthologies. His stories, The Swarm (2017) and Carnival (2020), were nominated the for the British Science Fiction Award, and his story, The Monsters of Mena Ngai appears in the Black Panther: Tales of Wakanda anthology.

Milton Davis is an award winning Black Fantastic fiction author and owner of MVmedia, LLC, a publishing company specializing in science fiction and fantasy based on African/African Diaspora culture, history, and traditions. Milton is the author of twenty-one books and publisher/editor of ten anthologies. His stories, The Swarm (2017) and Carnival (2020), were nominated the for the British Science Fiction Award, and his story, The Monsters of Mena Ngai appears in the Black Panther: Tales of Wakanda anthology. 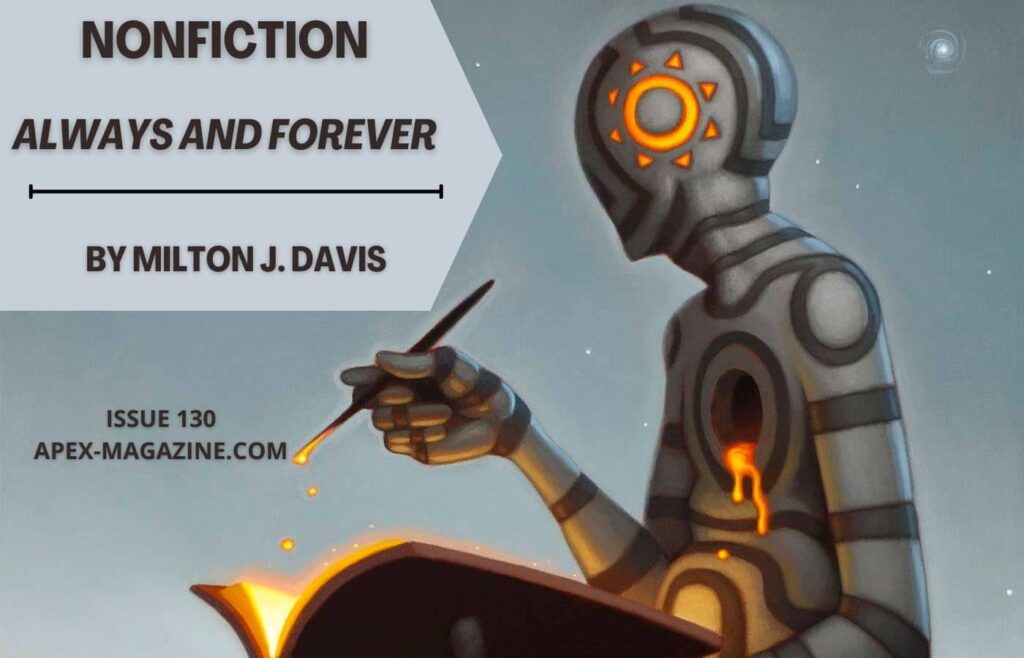