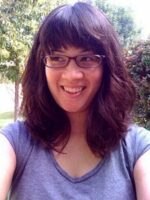 When I was in high school, there was one other girl who loved Star Trek as much as I did. Deep Space Nine was our jam, so our bond was forged in the fire caves of Bajor, solidified by amazing-in-our-minds inside jokes revolving around oo-mox and various disgusting uses for Odo’s bucket. We laughed; we obsessed; we wore matching Bajoran earrings obtained at the annual “Trek” convention held at a grimy motel by the Portland airport. We were an all-female club of two—not exclusive by choice, but because no one else wanted in.

These days, my geekdom is a much larger, messier, and altogether more complicated club. And recently, that club has disheartened me so much, I sometimes wish I could go back to a simple two-person set-up, wherein the biggest disagreement we had was over which hunky hunk of man-meat Major Kira should ultimately end up with.

The source of my disheartenment stems from a certain pervasive notion that pops up with the irritating frequency of a broken Whac-a-Mole. Said notion is two-pronged:

Let’s start with the first prong. In 2010, I was on a panel at San Diego Comic-Con called Geek Girls Exist. On the placard outside the panel room, someone scrawled: “YOU LIE.” I wish I could say our panel—which featured a wide array of writers and gamers and musicians—totally proved the existence of geek girls to the entire world. Or that the success of GeekGirlCon, a Seattle-based convention celebrating the female geek, has brought enlightenment to those who would deny the existence of lady nerds. Or that, I don’t know, these doubting Thomases and Thomasinas would just open their eyeballs and see the masses of women attending comic book conventions, debating Doctor Who online, and buying entire wardrobes of Star Wars hoodies from Her Universe, actor Ashley Eckstein’s line of clothing for female sci-fi fans.

And yet, the idea that all nerds are white, straight, pizza grease-stained dudes who live in some sort of basement (maybe it’s mom’s, maybe it’s a benevolent uncle’s, maybe it’s even their own, but whatever—it’s always a basement) seems to have implanted itself in the world’s collective consciousness like some kind of mind-controlling chip of dumbassery. We still get articles like Moviefone’s “Girl’s Guide to The Avengers,” which ran last year and started with the line: “As your boyfriend probably told you, The Avengers is hitting theaters this Friday.” (Sidenote: who is this strange, bubble-dwelling lady that gets any and all moviegoing information from her boyfriend? Also, why is he telling her if she’s not going to care anyway? Shouldn’t he be making these plans with his other basement-dwelling friends?)

After getting a hearty smackdown in nearly every corner of the internet, the Moviefone article was re-titled “One Girl’s Guide to The Avengers” (the piece was written by a woman) and slapped with an “editor’s note” claiming satire. But that hasn’t stopped a boatload of other, similar articles from popping up elsewhere.

We also still get looks of utter incredulity from strangers: while waiting in line for a movie, a friend and I had a pleasant conversation with a seemingly enlightened dude who, after learning of our various hobbies and interests and amazing nerdy knowledge, allowed his eyes to widen to the size of dinner plates while exclaiming that we were “true geeks” and that he wouldn’t have initially pegged us as such. I was pretty offended since 1) I was wearing clunky glasses, the stereotypical marker of nerds everywhere and 2) he said it in the tone of a loudmouth boss delivering a super-awesome promotion or maybe Tyra Banks proclaiming someone America’s Next Top Model.

This brings us to the second prong, the “fake geek girl” prong, which to me, is also the “who gets to decide which lucky souls are worthy of the ‘geek’ label” prong. This guy thought he was giving us the ultimate compliment: his stamp of nerd approval. But what he was actually doing was appointing himself an arbiter of who does and does not get to use the “geek” identifier. And he’s not the only one in our community with a weirdly obsessive interest in doing that.

As the default “geek” is still that pizza-stained man-boy mentioned earlier, all ladies requesting admission to the club are often asked to pass some sort of mysterious test in order to be deemed authentic (whatever that means). It’s usually not enough to say I like something—I also have to say how long I’ve liked it, how obsessively I like it, and then answer seventeen kazillion trivia questions in order to prove that I like it. I have never seen my male peers subjected to the same thing.

Because “geek culture” seems to have become “everyone culture” in the last decade or so, I guess some folks are afraid of interlopers, of those who have suddenly realized that labeling yourself as “geek” these days is a prideful statement rather than an embarrassing one and will latch onto that. And they’re most afraid of these mythical “fake geek girls”—the ones supposedly pretending to be nerdy as a way of seeming irresistibly cool (this entire concept is hilarious to me since I definitely got “attention”—not in a good way—in middle school for hiding my Return of the Jedi novelization behind less dorky books. You know, like the AP World History text).

The “we must stop the fake geek girls!” screed pops up about as often as the “geek girls don’t exist” screed, but in a way, it’s more troubling. Because while the “geek girls don’t exist” blather seems to come mostly from the mainstream press and public, the Hulkian rage directed at “fake geek girls” often spills directly from the lips/pens/keyboards of other geeks. The call is coming from inside the house.

This rage has taken on nearly every format imaginable. Sometimes it’s an opinion piece on a major geek website. Sometimes it’s an angry rant on an industry professional’s Facebook page. Sometimes it’s a stupid cartoon that—like the Moviefone article—will later scream “satire!” as a sort of get out of jail free card. Often, it incorporates the idea that geeks are never pretty or sexy and anyone embodying these traits is automatically viewed as suspicious.

One of the more recent examples of the “fake geek girl” idea was an ad for the website College Humor, wherein a cartoon girl with glasses and a Star Wars T-shirt totes a game controller and bow and arrows and declares herself to be “a huge nerd” because she spends all day looking at LOLcats on Facebook. The ad, which ran in several DC comics, identifies her as “The Imposter” aka one of the “Greatest Villains of Nerd Culture.”

Upon seeing this cartoon, several of my friends had the same reaction: “Hey, minus the incredibly offensive text, that girl looks like me.”

The more you stare at this ad, the dumber it gets. And the more it actually kind of takes down the “fake geek girl” myth it’s trying to spread.

First of all, why can’t this girl be a nerd about LOLcats? Geeky interests run the gamut: if fezes can be nerdy, so can animal-based internet memes. Maybe she’s obsessed with them. Maybe she has a blog dissecting all the different pensive kitty expressions and various font sizes in great and excruciating detail. Maybe she’s taken it to the next level and photographs her own cats in LOL-worthy poses and is about to start a new meme. Or maybe she doesn’t do any of that—maybe she’s just a casual enjoyer of LOLcats and is trying to share that with you. But no one but her should get to decide how she defines herself and how she interacts with her own fandom.

Second: in addition to her bow and arrows, this girl also sports some pretty intense archery gloves. She’s obviously put a lot of effort into this get-up. If I can momentarily declare myself a random arbiter of geekiness, I’d say her dedication to authentic Katniss-type gear makes her way nerdier than the person sitting on his ass typing up yet another lazy “fake geek girl” proclamation.

Finally, if she is a “fake”—and I’d maintain that there’s really no such thing, see the above point about no one else getting to decide how she defines herself—who cares? In all of the arguments against “fake geek girls,” I have never been able to glean what, exactly, their nefarious endgame plan is. To hypnotize unwitting boy geeks with their girlness and then take over Comic-Con and put sparkles all over it? (Er, more sparkles.) To spread erroneous Batmite trivia? To lasso the sheer power of all this “attention” they’re getting and use it to break the world’s entire supply of eyeglasses and then laugh in gigantic-mouthed maniacal fashion? What is this horrible, unspeakable threat?

I said this in a somewhat flippant manner on a GeekGirlCon panel last year, but I swear I was 100 percent sincere: if some “fake geek guy” wants to dress up in a sexy Cyclops costume and come to Comic-Con and “pander” to me, I am absolutely in favor of that. Even if he doesn’t know any Batmite trivia.

At the beginning of this essay, I mentioned that I was disheartened. I think it’s because in my heart of hearts, I actually don’t want my geekdom to be a two-person deal. Imagine how amazing my tiny little high school “DS9” fan club would have been with more members. Why, our numbers would have been so great, we could’ve elected a treasurer, hosted a bake sale, and collected enough gold-pressed latinum to throw the ultimate nerdy club event: a pizza party. The debate about Major Kira’s ultimate romantic fate would’ve been off the chain.

So all of this exclusionary crap, all of this eagerness to either deny the existence of geek girls or to come up with some arbitrary, fanboy-approved standard of authenticity they have to meet in order to gain admission to the club…it makes me sad.

Sad enough that after a while, it’s tempting to simply ignore all rants on this topic—and indeed, every time some anti-geek girl screed comes up, I’m encouraged by my less rage-prone friends to do so. Because smart people already know geek girls exist. Because arguing the same argument every time is exhausting. Because acknowledging such rants legitimizes and draws attention to the attitudes displayed within.

But then I remember all of the amazing geeky women in my life—cosplayers and writers and artists and scientists and yes, LOLcats enthusiasts—and I realize it’s not just me in this fight. My club has grown from two girls who loved “DS9” to countless women who love all manner of nerdy things. We can band together like one great, heaving amoeba of diverse geek girldom. We can keep challenging the idea of what a “true geek” looks like and we can loudly remind others that they don’t get to tell us who we are.

And it’s worth it to push back. Because geek girls exist. “Fake geek girls” don’t. Cartoon girl from the dumb College Humor ad? Come sit by me. We’re having a pizza party.

© Sarah Kuhn
← You’re Not Supposed to Write That: Taboos in Speculative Fiction Welcome to the Reformation, Bitches →