I can’t remember where I first heard about The Black Tapes, the creepy X-Files meets Serial podcast produced by Pacific Northwest Stories, but I can distinctly remember finishing the first episode and then having to immediately replay it because I could not believe what I had just heard. Not in the sense of “Is this real or not?”—though that was a question I initially had—but in the sense of “Who are these people? How did they pull this off?”

In a world full of podcasts that strives to be frightening, The Black Tapes stands out for actually achieving those scares.

The host of the podcast is Alex Reagan, who, along with her producer, Nic Silver, is investigating supernatural incidents centered around the mysterious black video tapes collected by the enigmatic skeptic, Dr. Richard Strand. The stories range from unsettling—a father and son are both followed by a large indistinct smudge—to the spookily fascinating—a high-school bullying incident transforms into a legend of a woman with an upside-down face—to the downright terrifying—The Unsound (For those of you who know what I’m talking about, no more is necessary. For those of you who don’t, I won’t spoil it.).

At the end of the first season, listeners were introduced to another Pacific Northwest Stories podcast, Tanis. Tanis is Nic Silver’s baby, his exploration of a strange place that may or may not exist, a cross between Jeff VanderMeer’s Southern Reach trilogy and that old Christian Slater movie, Pump Up the Volume, with the best hacker in pop culture this side of Mr. Robot in MeerKatnip.

Tanis is, perhaps, harder to explain than The Black Tapes, but I like it better. Don’t get me wrong. I love The Black Tapes, but Tanis feels more like a story told for people raised in a time when things still could be kept secret. If you have H.P. Lovecraft, Jack Parsons, old cassettes, Christian Slater, long, perhaps pot-fueled, philosophical discussions, and ambivalence about large corporations in your personal constellation of meaningful things, Tanis is going to blow your mind.

Though the two podcasts share the same crew, you can listen to one without having to listen to the other. I think it’s worth it to listen to both, since they seem to be trying to get at the same thing—not a literal thing, but a narrative concern—from two different directions. The Black Tapes is about Alex’s wish that she could find among the ordinary things of life—the birthday parties, the rock bands we like, the coffee shops, the places we might hike—proof of something supernatural and legendary, definitive proof. Tanis is about Nic’s attempt to take a legend, a supernatural phenomenon, and find ordinary, mundane traces of it in real life.

Both shows are asking us to consider how we might locate the uncanny and how a direct experience of it might change us. The tension between their very different approaches is a necessary part of that consideration, I think.

Executive producers Paul Bae and Terry Miles were kind enough to answer some of my questions and some questions from other Apex readers who are fans of the podcasts.

APEX MAGAZINE: Both The Black Tapes and Tanis can be quite frightening. For me, as a listener, I’ve always comforted myself with the knowledge that whatever’s happening in a particular episode, obviously, Alex and Nic must be okay because the episode exists (later Tanis developments aside). With that in mind, I’m wondering if we can talk about what was, for me, hands down the most terrifying moment of The Black Tapes. In Episode 4 of Season 2, the first time I listened to it, Alex messes up one of the Squarespace ads. That screw-up unsettled me so much I had to stop listening and get up and do something else for a minute. It seemed that Alex was so unwell that her problems were leaking over into the framework of the show. It was so unexpected and so scary. The ad’s not messed up anymore, though. Why did you choose to fix it?

PNWS: We didn’t even notice it before it was uploaded. We get into a work groove here at PNWS studios and when we hear an ad, we kind of skip forward knowing what it’s going to be. It wasn’t until it was public that one of our staff members asked us about it. That’s when we started thinking Alex might seriously need some time off. We fixed it as soon as we could for that reason. It wasn’t intentional.

AM: When we’re first introduced to Dr. Strand on The Black Tapes, it’s pretty clear he’s universally loathed by the people who know him and he, in return, is less than excited about the rest of humanity. He has now become something of a sex symbol in certain corners of The Black Tapes fandom. It must feel to him like the world’s opinion of him has flip-flopped. Is that strange for him? Is he even aware of this phenomenon? Does Dr. Strand now have groupies? Would he notice if he did?

PNWS: As far as we know, he has no idea any of that’s going on. He’s a very focused individual and rarely takes time away from his work. In fact, now that you mention it, we don’t remember ever having social time with him. No dinners, drinks, potluck…nothing. We think he’d be confused by the whole thing if we told him.

AM: On Tanis, Nic mentions being heavily influenced by Hard Harry from Pump Up the Volume and his DIY ethos comes through on the show. Is this podcast enough for him, though? For any of you guys? Welcome to Nightvale has the traveling show and the books. Limetown recently announced that it’s not returning until the creators see if they can make a go of a TV show and they’ll also have a book. Aaron Mahnke from Lore has a television deal. Any chance that The Black Tapes or Tanis might outgrow their podcast roots, too?

PNWS: Podcasting is our first love. We made a covenant with our fans who have committed to us and our stories. By creating and releasing these shows, we are asking them to trust us and come along for the ride. We will never break that trust. So, we are hard at work on The Black Tapes, Tanis, and some new shows that we plan on launching soon. We can say that, we are involved in other mediums, and have been working on all of them from very early on, so stay tuned!

AM: On the Pacific Northwest Stories website, you say, “As most of you have probably already discovered, our former host removed all of our past work from the internet.” On Episode 1 of Season 2 of Tanis, Nic makes a vague reference to threats being part of the reason he had MeerKatnip remove most traces of him from the internet. For those of us not from the Pacific Northwest and thus who didn’t hear the terrestrial radio version of PNWS, could you fill us in on what happened with your former host? This former host isn’t the source of some of the threats against Nic, is she or he?

PNWS: By “host” we mean our former bosses, and no, they are definitely not threatening Nic. They are actually notoriously hard to track down and a lot of them are out of the industry, and the former content is owned or co-owned and controlled by a web of corporations and entities. We’re trying to gather up as much content and permission(s) as we can, but that process is mired in red tape. We are hoping to get some of that material. We think some of those older shows could make for great podcast series.

Apex has selected two questions from our readers:

Darcy Little Badger (@shiningcomic) asks the following — The Black Tapes and Tanis have amassed a fun online community of fans. Personally, I enjoy reading episode discussions on the PNWS subreddit. Has listener feedback/community participation affected the direction PNWS podcasts in any significant way?

PNWS: Our executive producers avoid going to Reddit unless doing an AMA only because they’re too busy trying to grow PNWS. As far as we know, no one here does anything more than dip their toes into the discussions there. But we can’t be sure about everyone. We love that the community is vibrant, smart and incredibly passionate.

Varo Stiglitz (@alvaromateu) asks the following — Will we see more of Charlie Strand soon? Seems like she just vanished from the series. 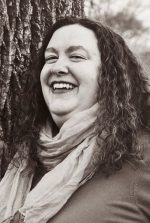