Here’s a riddle for you:

What will puzzle you while it entertains you, pull you in while it confuses you, make you double check your wristwatch and the date on your calendar, and have you rereading the entire thing the instant you finish the final line?

The answer is Stephen Cox’s new short story “1957.” At a boarding school where things aren’t as they seem, time moves in strange ways while it stands completely still. So many possible futures, so many decisions that can be made right now, to ensure you’ll have the best possible future, have the happiest life.

There is so much I want to tell you about this story, but it’s one of those stories with such a brilliant twist, that to even hint at it would spoil what’s really going on. So I’ll just say this: Read it. And then read it again. You’ll know right away why I couldn’t talk much about it!

Stephen Cox lives in London, where he writes about families, hope, and the morality of power. Some of you will see a theme of the morality of power shining through in “1957,” and like true power, it works so seamlessly that us regular people never see it coming. Stephen was kind enough to answer some of my questions (only some!) about “1957” and give me a behind the scenes look at his other projects. Cox is an author you should keep your eye on. I have a feeling we’ll be seeing a lot more from him.

Apex Magazine: “1957” takes place at a boys boarding school. Anything those of us with zero British boarding school experience should know before diving in?

Stephen Cox: That most Brits have zero personal experience of boys boarding schools, too. They have iconic status though because if you look at our MPs, senior civil servants, and judges, they come disproportionately from this background. The current Prime Minister and the guy the bookies tout as his most likely successor come from the same boarding school. Anyway, these schools feed into the British psyche, including the sexual psyche, in all sorts of weird ways.

The Lower Sixth is the penultimate year of school. LBW is “leg before wicket” — in cricket the batsman is out if the ball would have hit the wicket but strikes their leg instead. Apparently.

AM: What inspired this story?

SC: It was a writing competition, five days to do 5000 words based on a first line. And when it came over Twitter, I thought how bloody boring. To take the marvellous first line of 1984 — “It was a bright cold day in April, and the clocks were striking thirteen” and dumb it down like that — I nearly gave up. But then I remembered poetry writing exercises — if a given line is dull but you have to use it, will repeating it give it resonance and the poem structure? So the story was about time maybe repeating, and it had to reference 1984, and I already had some parked ideas about an old-fashioned boys boarding school which wasn’t at all what it seemed. And I’d been thinking about obsession … and there we go.

AM: I love how this story has parallel timelines, it really gives the story a strong turn towards the weird and unexpected. As you were writing the story, how did you figure out the logistics of how it would all come together?

SC: So obviously this was written against the clock. I did my usual write a thousand words to see if I liked the voice and the setting … and by then the tone, plot, characters, and structure were very roughly there. That sounds smug, I can get into an utter mess pantsing, but this time the main blocks fell into place without much pain. I think I reordered two or three scenes in the edit. The issue that took the time was polishing, does that sentence offer too much here, won’t I need to say just a tad more there …?

AM: Like a pendulum, Danny vacillates between ending up with Rachael, and never even getting the chance to meet her. I’m curious about [censored by writer]

SC: Well, that’s a great question, which is why I’m not going to answer it.

I’ve had a great response from “1957.” People enjoy the puzzle and come up with good theories. I like that a story has a life beyond what the writer thinks. The writer does have a right to say, for example, I would never write a story which ended ‘they woke up and it was all a dream.’ But we read to use our own imaginations too.

AM: What can you tell us about the novels you currently have in the works? What were some of your favourite scenes to write in those books?

SC: I’m currently doing a structural edit on my novel A Song for Cory which is repped by Rob Dinsdale of A M Heath. We’d never met and he took it from the slush-pile so that should give everyone hope. At the moment I need to get Cory finished and submitted around a full time job.

Cory began October, 2013 as a short story straight after I read two Ray Bradbury books back to back. It is small town USA in the 1960s, a simple tale of when bad men come to the house at Halloween to kidnap little Cory and learn who he really is. Then I got obsessed with Cory’s mother Molly and how he got there and why she keeps him a secret and what happens next. There is just far too much in the book at the moment. It’s probably two books but the second one has to wait.

It sets out to charm and to be sad and funny and a bit scary at times. I love the unfolding reveal of the opening chapter … Molly is sewing Cory a Halloween costume … The chapter is in Cory’s very distinctive voice … The way Molly’s marriage to Gene works as all around them is going to hell. I like the way the song Gene writes brings the novel together. I had 1960s music on endlessly and discovered lots of fabulous people I hadn’t truly listened to before. I like the envoi at the end. I like that people who aren’t big on genre like it as a strong family tale and the genre lovers still get it.

A previous novel is in a drawer, maturing like a fine wine in the cellar — it’s just your run of the mill US High School parallel universe mistaken identity LGBT adventure War on Terror satire comedy romance really. Then there is a zero draft of something funny and speculative which requires a very hard-headed decision about the direction it needs to go — and I have endless half-baked ideas for future works.

AM: What are some of your favourite themes to write about?

SC: My folder full of short stories shows the same things keep pouring out: families great and terrible, relationships, living with difference, the morality of power and particularly the morality of violence. Love and loyalty, people who are trapped and people who are transformed. I think there is a lot of suffering and hopelessness in the world — without being saccharine, I try to have a glimmer of light in things I write and it’s essential for the longer works. Most of what I write would loosely be science fiction or fantasy although I’m mostly interested in the story. I write lots of QUILTBAG characters everywhere on the heroine-to-villainess spectrum; people need good role models but let’s not pretend everyone is a saint either.

AM: So, I heard you enjoy writing “characters he’d [you’d] have a massive row with.” How does that work? Are you writing characters who are your opposite? Have you ever written a character who you just couldn’t stand?

SC: A little bit is my love of narrating in first person.
Rick, the protagonist in my first novel, has politics and religion and sense of nationality, and views on guns, cars, and sport, utterly different from mine. He’s a bit dim too, yet he has a good heart and I forgive him. I couldn’t live with him though. You can’t write an odd couple relationship and have them both the same, and if someone is narrating, you need to have some empathy and understanding for them. Also arguments are a brilliant way of explaining things … it is a time people do shout at each other what they already know.

Writing is about a leap of the empathic imagination. We need characters in our books who are not our own genders, sexualities, races, backgrounds, and views; each writer is just one person; hence writers must get good at writing people not like themselves. I understand people who feel only their group can explain their own experience — and at some level, yes, they are right. But fiction fails if we only write ourselves.

Cartoon baddies are boring to write and unconvincing on the page. I write antagonists who are horrible or even villains, but to themselves they have excellent reasons and motivations. But you can write someone well and still find them an irredeemable shit, of course.

Also, as we start to address monotony in one way, let’s not impose monotony in another way. Some secular writers can’t write believable religious people to save their lives, for example.

AM: Who are your literary influences? What makes their work so important to you?

SC: Ursula Le Guin, right from reading A Wizard of Earthsea when it was new and hot. She showed me characters can win without killing, she merged spirituality, politics, and imagination. A story need not be the same old same old. Mary Renault showed me that LGBT relationships could be noble and moral, and some of the best and most immersive historical fiction ever. People like Neil Gaiman, David Mitchell for breadth. I’m fascinated by the way some books with strong genre elements can be mainstream and successful and at the front of the bookstore and others are just ignored as genre. I like lots of golden oldies with a real sense of wonder like Ray Bradbury and people who are funny and readable like P G Wodehouse and Saki. I’m currently reading Frances Hardinge’s Cuckoo Song and she makes me envious; character, imagination, mystery, and a page turning plot. And there’s recognisable mythology behind the book but utterly made her own. 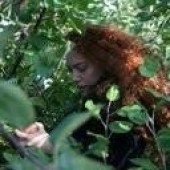