I come to you, dear reader, bearing gifts.

I also come to you with a profound sense of gratitude for this project. I first met Editor-in-Chief Jason Sizemore a dozen years ago at the HyperiCon science fiction convention in Nashville. He had just launched the hard-copy Apex Science Fiction and Horror Digest, and I immediately became a subscriber and fan. He was kind enough to invite me to contribute, as well, and my first Apex essay appeared in Volume 1, Issue 4 in Winter 2005. Eleven years later, when we found each other at the 74th Worldcon in Kansas City, Jason delighted me by asking if I would guest edit the issue before you. I have been waiting for this day ever since.

You see—and here, too, I feel tremendous gratitude—I was raised in Oklahoma, the state that once was U.S. “Indian Territory,” by parents who took seriously both our family heritage and the region’s other many cultures. They exposed me not only to history but also to the present-day societies around me. I was fascinated by great figures of the past (and later wrote books about some of them), but I also had contemporary heroes. I thrilled every time I saw the fiercely regal Shawnee-Peoria Moscelyne Larkin step onto the stage of the world-class Tulsa Ballet, which she herself—on the strength of her international reputation as an artist—had founded. I cried while watching the moving performances of actors such as Muscogee (Creek) Will Sampson and Cherokee Wes Studi on stage. And I was one of a whole host of young people who looked up to Wilma Mankiller, Principal Chief of the Cherokee Nation, like she was a rock star. (I still do.) I knew that Native North America lived in a vibrant and meaningful way, because its creators—authors and storytellers, artists and singer-songwriters—helped to make me who I am.

It took me by surprise, then, when I began to write and teach about Indigenous subjects as a scholar, to learn that many of my students and even some of my colleagues had locked Native America safely away in the museums of their minds as something both exotic and extinct. That seemed one tragedy too many in a narrative already overfull with them, the idea that peoples who had persevered in the face of colonialism, genocide, and dispossession, who continued to persist despite the institutionalized oppression and indifference of the United States and Canada, had been rendered not only invisible but also, through distance, nonthreatening.

Native voices are not safe. They may be beautiful and thought-provoking and wise; they are also inherently disruptive, because by existing they are inconvenient, even threatening, to the comfortable stories told in and by the mainstream.

I see the rise of Indigenous futurism today as a natural development, because the First Nations have always looked forward; that is why they have survived all attempts to erase them. For that matter, genre fiction has always stood at the periphery, observing and critiquing the majority and the mundane. The marriage is a natural one.

As guest editor of this issue of Apex, I devised a “wish list” of Indigenous American authors and artists whose work I admired and wanted to share, and then I issued invitations. I received wonderfully enthusiastic replies from all—and, eventually, more outstanding submissions than I could include here. I was struck, however, by how effectively these particular stories both stand alone and relate to each other. Every insightful tale reflects on Native experience while also striking a deeply universal human chord. Each speaks a truth.

“Welcome to Your Authentic Indian Experience™” by Rebecca Roanhorse delivers a genuinely chilling meditation on identity and appropriation, one that continues to haunt me. On a related note, Pamela Rentz considers authenticity and its politicization in “Skinny Charlie’s Orbiting Teepee,” a story that left me laughing through my sorrow. Allison Mills sagely proposes that some people and places have earned a haunting, while some ghosts deserve to be set free, in the poignant “If a Bird Can Be a Ghost.” Mari Kurisato likewise explores what we can use from the past and what we owe the future in “The Trip,” which celebrates an unsung and intensely personal kind of heroism. Together these stories cover the spectrum of science fiction, fantasy, and horror, with settings ranging from the present day or the day after tomorrow to the far, spacefaring future.

In addition, scholar Daniel Heath Justice offers readers a look into his forthcoming book Why Indigenous Literatures Matter with a compelling defense of the genres he terms “wonderworks” and their power to create change. His statement that “We can’t possibly live otherwise until we first imagine otherwise” is both a comfort and a challenge, I think, and it directly relates to the message of this issue. Last but certainly not least, Dana Tiger—whose family name is synonymous with art in my home state and far beyond—graces the cover with her inspiring painting entitled “The Fire,” truly a wonderwork in itself.

The works assembled here represent Cherokee, Muscogee (Creek), Seminole, Ohkay Owingeh Pueblo, Mushkegowuk Cree, Karuk, and Ojibwe Nakawē perspectives. I am humbled by and thankful for the opportunity to bring these voices to you, and I applaud Apex for making them heard. I remain grateful to Jason Sizemore for inviting me to be guest editor, Managing Editor Lesley Conner for making my job such a joy, and the incredible talents whose visions are showcased here for contributing to this issue. Most of all, I am grateful to you, dear reader, for taking this rich, rewarding, and disruptive journey with me. 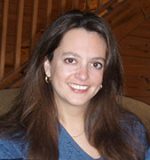