My grandfather was a poet. Not one you’ve heard of—his work was never widely distributed—but a poet nonetheless. He wrote about his family, about my grandmother, and about his spirituality—things that were personal to him—but his writing was always contained in the dominant western forms of his genre. He wrote sonnets, sestinas, and villanelles, but never branched out from what he was taught in school. Educated at a time when being open about his Cree identity would have painted a target on his back—and did, in fact, nearly prevent him from going to university. Maybe, then, it makes sense that he stuck to those forms that were drilled into him in his college courses. There were no Indigenous poets included in the poems he could quote by memory—when it feels like you’re the first one doing it, taking a step forward can seem so daunting it becomes impossible to do.

I mention this because I grew up reading speculative fiction—fantasy, sci-fi, horror—but never saw myself in what I read. Indigenous characters rarely made it onto the page, and when they did, it was usually as part of a fantastical past or in a subservient role to a non-Indigenous (usually white) protagonist. It took me a long time to imagine what an Indigenous future could be—to break out of the mold that speculative fiction has used for decades now and create my own version of it in my writing. One, I’m happy (and a little bit mortified) to say, my grandfather liked to push on as many people as possible.

In the world of speculative fiction, Indigenous characters and cultures are more often plot devices than people. We are the noble savages, the wizened wise woman, the Indian princess—we exist to support someone else’s story and then fade into the background, or we’re already dead, haunting a burial ground built on colonized land. For Indigenous readers, there is a clear link between the way fictional narratives treat Indigenous characters and the way our peoples are treated in real life. A settler-colonial nation—one that seeks to replace the Indigenous occupants of land with a new population of settlers, whether through violence, assimilation, or some other means—is one that benefits from imagining Indigenous peoples as a relic of the past.

It’s no wonder, then, that so much of what we read does just that. It is often easier to find examples of poor Indigenous representation created by non-Indigenous authors than it is to raise up Indigenous voices. This issue of Apex Magazine is a celebration of what happens when we are given the space and opportunity to speak for ourselves.

The six stories featured in this issue highlight not just Indigenous presence, but also speak to an Indigenous future. Pamela Rentz (Karuk Tribe) and Norris Black (Haudenosaunee) both offer stories that tie together the present to their visions of a space-bound, sci-fi future, both uniquely thrilling in their own ways. Theodore C. Van Alst, Jr. (Anishinaabe) offers readers a vision of present-day Chicago through the eyes of Coyote, playful and longing. Jessie Loyer’s (Cree-Métis) story, “Marked by Bears,” is full of longing too, although one that lingers in quiet horror. Tiffany Morris (Mi’kmaw) imagines a future rooted in the past and alien visitors with a skepticism born from experience. Kevin Wabaunsee’s (Prairie Band Potawatomi) “Spirits of the Broken Lands” twists some of speculative fiction’s most common tropes in distinct, unexpected ways that speak to an Indigenous point of view. These stories are as diverse as the many peoples their authors come from. I am thrilled to be able to share them with you.

This issue also includes new non-fiction by mixed Indigenous writer Sloane Leong. Her essay highlights the intersections between Indigenous-led land and water sovereignty movements and Indigenous Futurisms. Echoes of this focus on the climate crisis we are currently in can be seen in unease evoked by Cree artist Megan Feheley’s “Tangle,” featured on the cover of this issue. Their art depicts a spirit tangled up in herself and in time. It asks the viewer to consider what the future really is—how will we know when we get there?

I was lucky enough, several years ago, to be approached by Amy H. Sturgis about a special issue of Apex Magazine she was editing. The issue would showcase Indigenous writers, highlighting voices that are often overlooked in the world of science fiction and fantasy. Amy invited me to contribute and I am eternally grateful to her and to Editor-in-Chief Jason Sizemore for the opportunity to stand alongside other Indigenous creators in the 2017 Indigenous Futurists issue of Apex. When I was invited back to edit this issue, I jumped at the opportunity to extend the same offer to other writers. An important part of imagining a place for ourselves in speculative fiction is creating spaces where Indigenous voices can be heard. Thank you to everyone at Apex Magazine for ensuring we have that space and thank you to everyone who contributed to this special issue. Reader, I know you will enjoy it. 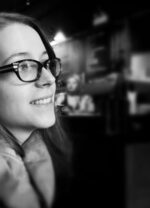 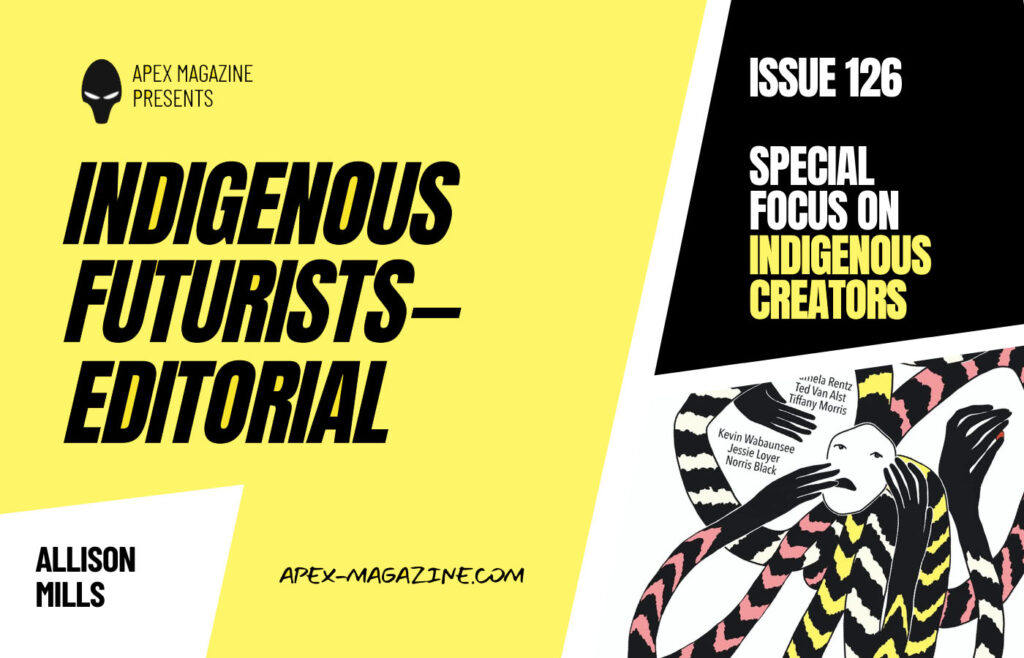