Home » Current Issue » From the Editor – Musings from Maryland

From the Editor – Musings from Maryland 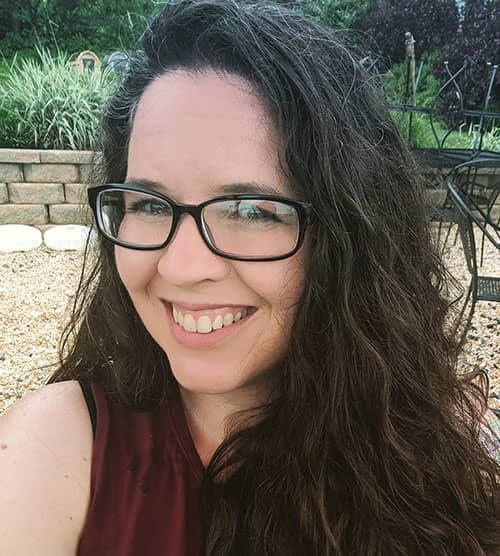 Identity is something I’ve been reflecting on a lot lately. In August, my husband and I dropped our older daughter off for her first year of college. Obviously, college is a time of personal growth, learning who and what we want to be, and figuring out how to function independently from our parents, but my daughter’s personal growth journey isn’t why I’ve become so obsessed with identity lately.

My identity is also shifting. For 19 years, I’ve been Mom first, and no one mentioned the radical mental shift that comes when a parent’s life no longer revolves around the endless tasks of playdates/soccer practices/school functions/making lunch/wiping tears/doctor appointments/being on call 24/7 for nearly two decades. Yes, both my children still need me, but it’s no longer the all-consuming job that it used to be. When my kids no longer need me to be Mom every second of their lives, then who am I? What do I do?

When Jason Sizemore asked me if I’d be interested in editing my own issue of Apex Magazine, I immediately said yes. I’ve been the managing editor since January 2015, and since then, Jason and I have built an incredible working relationship and a routine of how each issue comes together. I wouldn’t call it a seamless process, but it’s a process that works for us. But putting together my own issue? Being the one who makes the final call on which stories are accepted? Hell yeah, I’m jumping at that opportunity! That’s like a gift-wrapped box of excitement!

And maybe … just maybe it’s a step toward learning who I am when I move the title of “Supermom” from the number one spot in my byline.

“To Seek Himself Again” by Marie Croke and “This Shattered Vessel, Which Holds Only Grief” by Izzy Wasserstein were two stories already in our pool of accepted stories. I felt they went really well together. Marie’s story deals with a person trying to strip away the very things that make others feel they are the truest version of themselves, and Izzy’s deals with a character whose actions have shattered who she thought she was, and she would do anything to be able to go back and make different choices. Both stories deal with inner truth and identity, heralding back to my own recent thoughts and feelings.

With these two stories and the theme in mind, I dived into the slush pile to find other stories that explored what it means to be an individual, to be alive. What I found was a delight!

Carson Winter’s story “In Haskins” deals with a town where the townspeople exchange roles during the yearly Mask Festival. No one is an individual; you are only the role that is randomly selected for you, and you are only that role until the next festival. What happens to an individual if they can’t easily shake off the persona and the relationships they’d built in their previous role after switching to a new character within the town? Carson’s story explores that very question.

Both Erin K. Wagner and Stephanie Kraner’s stories contemplate what makes one alive. In “Whose Mortal Taste” by Erin K. Wagner, readers are dropped into a world where humans are extinct and the robots that are left behind struggle to determine if they are now alive, living their own lives, or simply following the programming humans left them with. “Hank in the South Dakota Sun” by Stephanie Kraner is a story that surprised me. It’s the story of Hank, a sentient train, and his conductor. While I don’t want to give too much away, the story revolves around who gets to decide who is alive and worth saving, and what you can do when you aren’t that person. It’s a heartbreaking tale that brings tears to my eyes every time I read it, and I’ve read it several times at this point. I am solidly Team Hank and want to go on another run with him under the South Dakota sun.

Finally, in my original fiction selections, we have the beautifully written “I Call Upon the Night as Witness” by Zahra Mukhi. With one fateful decision, Someone moves the Lines and Sawan no longer has a home and is no longer a Citizen. Officially, she’s a Traveller. Unofficially, she’s a Dragon, unwanted by all the States. It’s a temporary situation, but temporary is subjective. Wrapped in magic, this story strips away politics to look at the reality of refugees who have no control over where or how they live, and very little hope for a change in the future. I’m thrilled that Apex has the honor of being Zahra’s first publication.

Our nonfiction essays are by Carlos Hernandez and Gerald L. Coleman. Reprints are by Nicole Givens Kurtz and Michael Boatman.

All in all, this is a jam-packed issue that investigates identity and what makes us human from many directions. I hope you enjoy!