I have a story to share. It’s one filled with tragedy. Of loss and injury. Of resurrection.

While stories in Apex Magazine often don’t feature happy endings, mine does.

As publisher and editor-in-chief, I could not have been happier with the direction of the publication. The zine was meeting the two important goals defined in our mission statement: to make a positive difference in the world and to entertain our readers. In addition to that, the zine was also profitable, money that could be pumped back into the zine for expansion.

But life had different plans for me. I had a major health scare. In February, 2019, I went under the knife for 13 hours to have a diseased mandible wholly replaced with a resectioned piece of bone from my left fibula. This left me mostly immobile for almost two months. It was six months before I was able to work again.

Even though we announced that Apex Magazine was on hiatus after the publication of issue 120, many in the genre community read this as “permanently closed.” It was a logical assumption. Similar situations had played out hundreds of times in the small press world.

… I had a lot of time to think during those six months of convalescence. I considered the hard lessons I’d learned in ten years of publishing Apex Magazine. The friendships formed. The bond with my editors. The excitement of working on a piece of fiction with incredible authors all around the world, some new at the craft, others grizzled pros.

Unofficially, by late 2019, I had decided to stage an Apex Magazine comeback. But the only way that would happen was via the financial support of the genre community. My medical bills and inability to freelance for six months had drained the Apex monetary reserves. A crowdfunding campaign would be necessary.

Enter 2020. Lesley Conner (my managing editor) and I had a failed Kickstarter for an anthology in February. The world was in the midst of a pandemic. Apex Magazine had been on hiatus for over a year. I was nervous. What if genre readers had migrated away from the kind of fiction we publish? What if Apex Magazine couldn’t come back? Despite my nerves, I hit the button to launch our campaign in late-July 2020.

Five hours after the launch of our Kickstarter, we hit our funding goal. The genre community had spoken loudly and decisively.

The issue is fantastic. I think you’ll love the relaunched (and dare I say improved) Apex Magazine! Our website has a new, more accessible design. Our podcast production will be better. Lesley Conner has resumed her role as managing editor. We’ve added Shana DuBois as nonfiction editor to improve the consistency of our essay content. Maurice Broaddus joins us as special fiction editor. Andrea Johnson, AC Wise, and Russell Dickerson rejoin the team for interviews and short fiction reviews. The gang is back and ready to work!

I’m grateful for this opportunity to bring Apex Magazine back to the community. I’m thankful that my health has improved and I’m able to work again. And when I think about all my friends and colleagues who love and support me … Lesley, Maurice, Shana, Justin … I feel lucky.

But best of all, I feel happy.

The issue you’re reading was paid for by 776 Kickstarter backers who helped us reach a series of stretch goals that culminated in a bonus promotional issue filled with two original stories, a round table interview, and an editorial. This issue is dedicated those 776 backers.

Maurice Broaddus makes his last fiction contribution to us for the foreseeable future (since he’s now part of the editorial staff) with “The Legacy of Alexandria.” This story, a near-future, pre-apocalyptic piece about finding resiliency, purpose, and identity through books, has all the hallmarks of Broaddus short fiction: a strong social statement, a talking animal, and incredible action set pieces. “The Legacy of Alexandria” feels like the right way to kick off the return of Apex Magazine. Maurice’s story “Pimp My Airship” appeared in the second issue of the zine, so it is fitting that he is around for the big relaunch.

Beth Dawkins is a fantastic young writer from the great state of Georgia who has been making a name for herself with wildly imaginative and smartly written science fiction. She submitted “Small Hopes and Dreams” just prior to our announcement that the zine was going on hiatus. I fell in love with her tale of strange little aliens, poverty, and societal expectations and I even based the entire theme of a Kickstarter anthology around the piece. Unfortunately, the Kickstarter did not fund. A few months passed and Lesley and I decide to do a Kickstarter to relaunch the zine. I knew immediately I still wanted to publish “Small Hopes and Dreams.” Finally, after nearly two years of waiting, Beth will see its publication in Apex Magazine.

Finally, Lesley Conner has compiled a comprehensive, fascinating round table discussion with the Apex Magazine slush team (or Team Slush, as they call themselves). Prior to our hiatus, we received 1,200-1,400 submissions per month. Since our return, that number has ballooned to around 2,000. Our tireless, eternally-optimistic slush readers (and Lesley) have done an incredible job giving every submission we receive its due and impartial consideration and helping Lesley and I find the best of the best for publication. The team shares a bunch of writing tips for escaping the slush, discusses the how and why of being a slush reader, and unwittingly share an overwhelmingly positive and community experience.

Because Kickstarters are time-consuming and we would rather be making an amazing zine for you than banging the drum for backers, we ask that you consider subscribing to Apex Magazine. Subscriptions are $24 annually and nets you six bi-monthly regular issues and two upcoming bonus issues (Indigenous Futurists edited by Allison Mills and International Futurists edited by Francesco Versa). Our issues contain six original stories, two reprints, three interviews, two essays, a short fiction review column, and an editorial.

Head over to https://apex-magazine.com/product/apex-magazine-subscription-one-year/ and subscribe today! Subscriptions are also available via Weightless Books here and will soon be available on Amazon Periodicals. 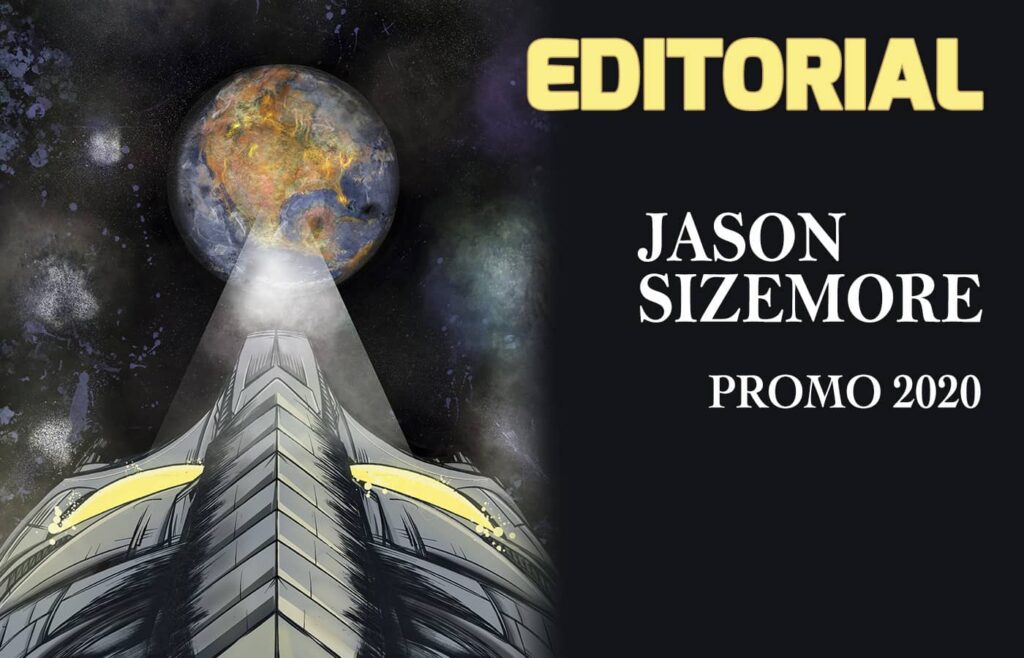