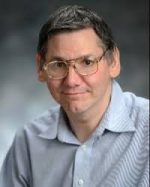 Barton Paul Levenson has a degree in physics. Happily married to poet Elizabeth Penrose, he confuses everybody by being both a born-again Christian and a liberal Democrat. His work has appeared in Marion Zimmer Bradley’s Fantasy Magazine, ChiZine, Cricket, Cicada, The New York Review of Science Fiction, and many small press markets. His novels The Celibate Succubus and Dark Gods of Alter Telluria are available from Barking Rain Press. Barton was banned from entering the Confluence Short Story Contest again after winning first prize two years in a row.

Yes. I ran away.
I didn’t bring her in.
I’m sorry, General.
But before you have them run me through,
Just let me explain.

I’m not a real good talker.
Not like your silver-tongued senators,
Or some Greek philosopher.
I’m just a Centurion. An old soldier.
But I had a reason.

You know I’m no coward.
When the German barbarians surprised us in the forest,
Ran howling toward us,
Their spears filling the air ahead of them,
Their swords gutting the bearers and the scouts,

You saw what I did.
I had my sword out double-quick
And waded into the thick of them.
You recommended me for a medal for gallantry.
Don’t you remember?

Or when the British cut us off outside Colchester,
Boxed us in, then set fire to the fields,
Did I panic? I did not.
I told my men to beat out the flames with their bedrolls.
And it worked, didn’t it?

So I didn’t run away because I was a coward.
I’m not a coward.
General, you would have run away too.
Anyone would.
There are things no man can face.

Let me tell you how it was.
The witch went into the caves,
And you told me and Lucius to go bring her out.
And in we went.
We put candles in our helmets, like miners do.

The passage twisted. We walked for what must have been miles.
Couldn’t hear you and the cohort outside.
Just long, low whistles, like the wind.
You wouldn’t think there could be wind in a cave.
But there can be, sir.

We came to a fork.
We laughed, Lucius and me,
At the thought that a fork in the path would confuse us.
I went left. He went right.
I walked alone for miles.

Then I heard Lucius scream.
Tried to rush back, tried to help him, you know how it is.
But I was lost. Couldn’t get back to the fork.
Just darkness, and long, low, whistling wind.

Then the candle went out.

I’m not a superstitious man, Captain.
I take care of lustrations and sacrifices,
And leave the rest to the gods.
Darkness don’t scare me.
But I started to think the witch was following me.

And all I could do was keep my hand to the wall to guide me.
One hand on my sword, one on the rough rock.
Kept thinking I was going to run into a wall.
Kept thinking I could walk into a pit and never know it
Until I fell.

And then there was a turn to the right
And there was light again.
Green glow.
Green, unhealthy glow.
Unnatural.

It was Lucius, a foot off the ground.
Looking down at me. His face and hands were green.
Glowing.
He was dead, General. You’ve seen dead men.
I’ve seen dead men. We know death when we see it.

Lucius was dead.
Gutted, hung up in mid-air with his belly opened like a fish.
No man can live with a wound like that.
He looked at me and grinned.
And that was when I ran.