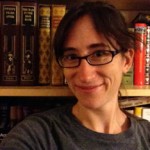 I am of the opinion that Boris Pasternak’s Doctor Zhivago is the greatest post–apocalyptic novel ever written. It has everything: the collapse of a great empire, a world–spanning war, an apocalyptic winter, a gritty civil war, ruined cities, post–industrial scrounging, wilderness survivalism, and even cannibalism. Genre readers are often surprised when I recommend it because what they remember of Doctor Zhivago is a wistful love story, scenic Russian winters and maybe the appendices full of poetry. That isn’t the end of the world. That is life.

It is unquestionably simpler to write a post–apocalypse which fetishizes the scenario — who bombed out who, how what diseases ripped apart which populations, what the new paperclip–based economy looks like — but there is more wisdom to be had from the stories about the people who are still there; those who continue to live. Who are we when our society has broken down, or our homelands have been erased?

Perhaps because of Doctor Zhivago (or Russia’s particularly tempestuous 20th century), Eastern Europe is a popular go–to setting for stories about the post–societal condition. Michael J. DeLuca takes us to the Ukraine in his story, “Virtual Goods” (Ideomancer Vol. 13, Issue 2), in which a group of disillusioned dreamers ride out the days drinking and waiting. Their home base, a bar in Reza–Korova, is a minor tourist destination because of the ongoing allure of a beautiful photograph of an abandoned, ivy–lined train track.

In reality, the photograph that draws the dreamers is an illusion. The real abandoned train track at Reza–Korova is a grey and depressing place. “The tunnel more resembles what it is: a passage to nowhere, to the shadowlands.” The bored drinkers decide eventually it might be a bit of fun to go find an abandoned freight car and to drag it by hand down that immortalized tunnel. The project is spearheaded by the mysterious Alyonushka, the most recent tourist to come and stay. Alyonushka has ideas about the beauty that can be found in dereliction.

Why this place is abandoned and why those who stay have become so directionless is never disclosed. DeLuca uses the language of a post–apocalyptic world — “Everyone who might have taught us was gone, old or dead.” — alongside evidence that, outside Reza–Korova, there is still an industrialized world with an internet, cities, and knowledge–based industry. Though the regular denizens of the platform at Reza–Korova pride themselves in their nihilism, Alyonushka’s artistic sensibilities rouse in them a kind of hope. Reza–Korova might be an overgrown, rusty place; a post–industrial ghost town which isn’t as stunning as the pictures on the internet have led outsiders to believe (if they have one industry, it’s disappointment), but they could still create something here which might be a real good.

Their project to haul in the old freight train is, on the surface, a joke to play on the travellers, but the sweat, work, and purpose put in by the otherwise directionless perpetrators becomes an artistic performance in itself. “Beauty, to some, is a virtual good,” the narrator muses. Yet in the end, he plays the role of archivist, documenting the event for posterity. “Because what’s art if it doesn’t last?” Living in the ruin of Reza–Korova, a place whose only draw is a viral photograph circulating on the internet, art has become the most tangible good of them all, the only thing not rusting and rotting. Even the transient lives of the drinkers of Reza–Korova are less permanent.

Apocalypse is an unequal phenomenon; often localized, ending some worlds while others carry on. “What Is Lost” by Su–Yee Lin (Interfictions #3) tells the story of one world lost, the China of one summer spent by the story’s unnamed narrator.

Framed in chapters headed by the synopses of well–known Chinese folk tales or films, the bulk of Lin’s story is a simple and sweet childhood memoir. When the narrator was ten years old, she spent a summer in mainland China with her grandparents, meeting aunts, uncles, and cousins. Episode by episode, we see this China through her New Yorker’s eyes, learning the land as she lives and breathes it for the first and only time. The framing works beautifully as a metaphor for the episode, or, if you’re not inclined to make those connections, interludes, telling the stories that underpin a culture we learn has been lost. The narrator’s experiences are more familial than folkloric: she travels to homesteads and bathes in kitchens, re–learns her cradle languages and tries new foods.

There is very little that is speculative about the story until the final chapter, in which it is revealed that the China we have been so thoroughly immersed in was effectively wiped out by a plague. The tragedy of this apocalypse is not necessarily in the scope of the destruction and death (which is so massive as to be unimaginable), but in the secondary erasure of Chinese culture which is pressed on the diaspora. In the wake of the plague, “Chinese” becomes synonymous with “disease.” Whatever is left of the China of our narrator’s memory is suppressed as much as possible to avoid the stigma. This is so plausible a future that it is, really, analogous to the present, where anyone who isn’t descended from white Europeans is expected to put forth as white a facade as possible in order to try to escape the stigma of whatever is unfashionable about the cultures they as thought to come from. Lin frames assimilation as a cultural apocalypse; one of the many ways worlds are destroyed forever. The imperfect memories of a ten year old’s summer vacation are a sad substitute for a lost world.

“The Inked Many” by Adam Callaway (Beneath Ceaseless Skies #150) takes on the ambitious project of creating a culture which is embodied literally in its people, so that even after the end of civilization of Lacuna (and before it begins), the world is being recorded and remembered by its paper ruler, the Inked Man. Parallel to the actions of the Inked Man at the beginning and end of Lacuna’s existence, Callaway tells the more humble story of Chernyl, a coal miner living a life of indentured servitude sometime during one of Lacuna’s industrial ages.

Chernyl — who is also known as Inky — has a straight–forward and compelling storyline. He signs a contract as a coal miner and moves in to the company–owned barracks in the mountain where he works. He barely makes enough money to pay for his room and board, let alone to save anything to buy his way out of the place, but still he becomes a hard worker and a dependable member of the community. After saving some of his fellow miners from a deadly fire, he is betrayed completely by his employer and his fellow workers, and winds up more penniless and bitter than he began.

Interspersed with Inky’s story is the journey of the eternal Inked Man, a God or sorcerer who has ruled over Lacuna for millennia. When we first meet him, Lacuna is long since fallen, but written on the paper skin of the Inked Man are the words he has used over the eons to cast spells and rule the people, a sort of chronicle of all the ages of Lacuna. The Inked Man is compelled to return to the mountain that was once his stronghold to revisit his library and, eventually, Lacuna’s past. This is the end of the world, but because the Inked Man contains the knowledge of Lacuna, it can also be the beginning.

The two stories sound quite unrelated and it takes a lot of legwork on the part of the reader to draw the connections between them. We learn that the Inked Man became the being he is after contracting a plague, though he also recalls teaching the Proto–Lacunans to form the first scripts to represent their words. We also know from Chernyl’s story that Lacunans were not always the script–and–paper obsessed society they became under the Inked Man. It takes a significant leap to arrive at the conclusion that Chernyl becomes the Inked Man (or at least, an Inked Man). This is of course by no means the only, or the correct, reading of the events, but a transformation of this kind helps answer the Inked Man’s paradox of himself: that he remembers events that took place before he existed. Once he is a being of paper and ink, he becomes able to absorb and record all that is Lacuna. As a living embodiment of knowledge, he also becomes able to teach and to rule, making the decisions that will create the Lacuna he ruled, a Lacuna where paper and books are not just powerful, but the lifeblood of the entire civilization.

As a concept, the Inked Man is fascinating, and a culture that worships the embodiment of the written word is even more so. The Inked Man’s story alone, in which his existence bookends Lacuna’s in a circular fashion, is quite effective, but interspersing it with Chernyl’s is less so. The connections between the two lives are not always clear, and it seems almost a waste of opportunity to have the Inked Man’s origin be in an accidental cave–in (even if he has fallen into a library, which is also not necessarily the case). Ultimately the gaps in the reader’s ability to connect the two stories make this tale confusing. Still, Callaway has given us a lot to chew on, and it’s the kind of story that forces you to think. That’s never a bad thing.