The Fruit of the Princess Tree

Songbirds swoop around the Tree, but never alight there. There is nothing to eat. Princess Five nibbles her white glove. Princess Fourteen forces her sapphire ring over the joint of her thumb to make herself cry, so she can taste the salt of her tears. Princess Two waits until everyone is asleep and tries to eat a candy-pink petal. It hurts and tastes of blood.

END_OF_DOCUMENT_TOKEN_TO_BE_REPLACED 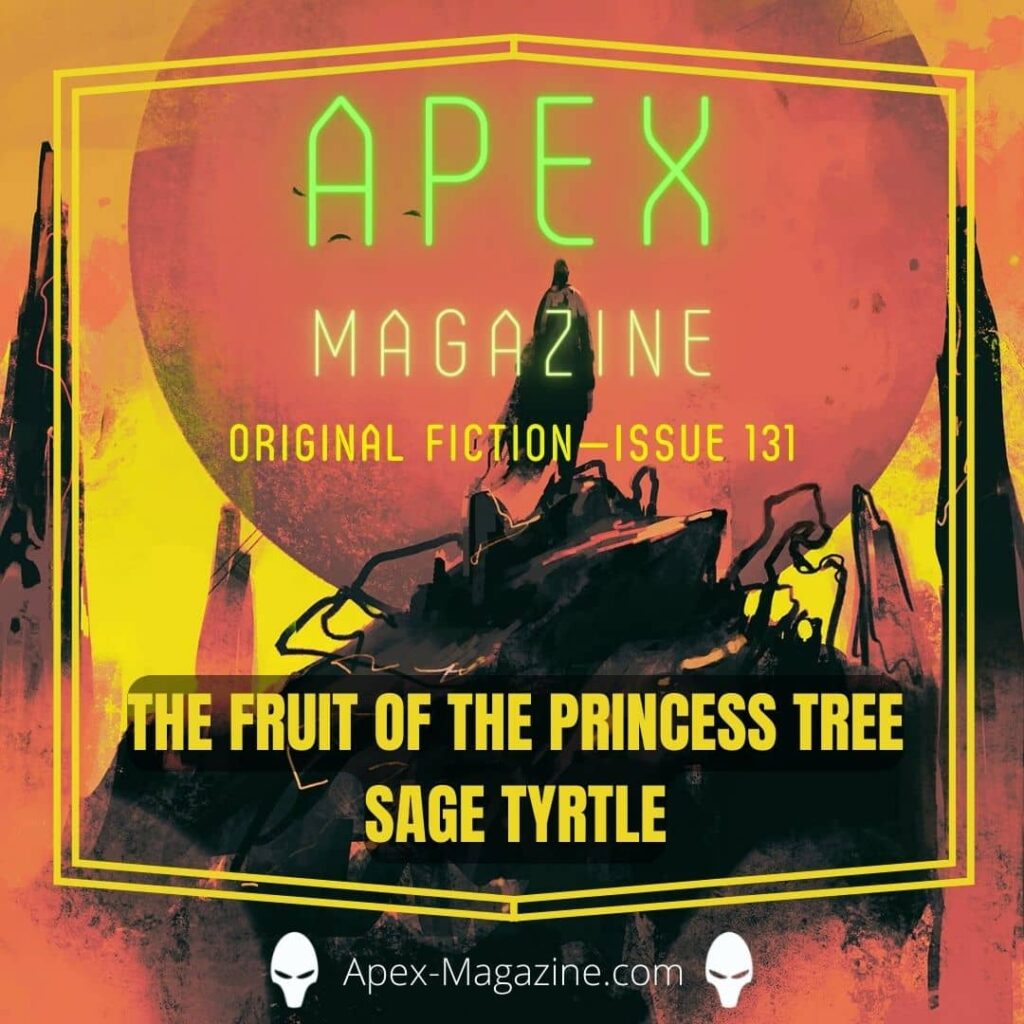 A Monster in the Shape of a Boy

He doesn’t have his spear with him, but Baba has taught him that anything can be a weapon if you really need it to be, and there are plenty of options inside their hut. The heavy wok hanging from the wall, the wooden stool with its sturdy legs.

END_OF_DOCUMENT_TOKEN_TO_BE_REPLACED 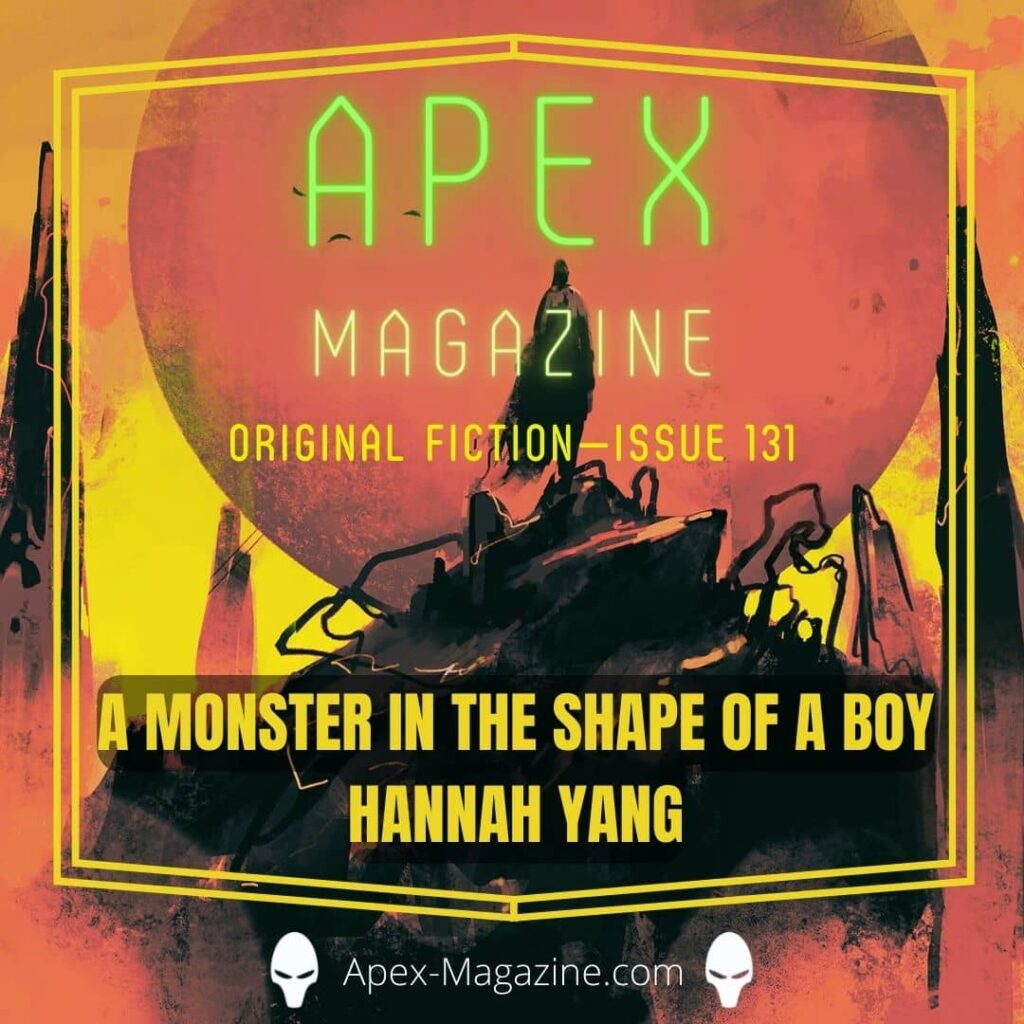 She puts on a stoic face and lifts her red hoodie over her head in unconscious defensiveness against a coming threat, but these microaggressions always hurt. Just that little bit. Enough to register, and trigger the front she has to make.

END_OF_DOCUMENT_TOKEN_TO_BE_REPLACED 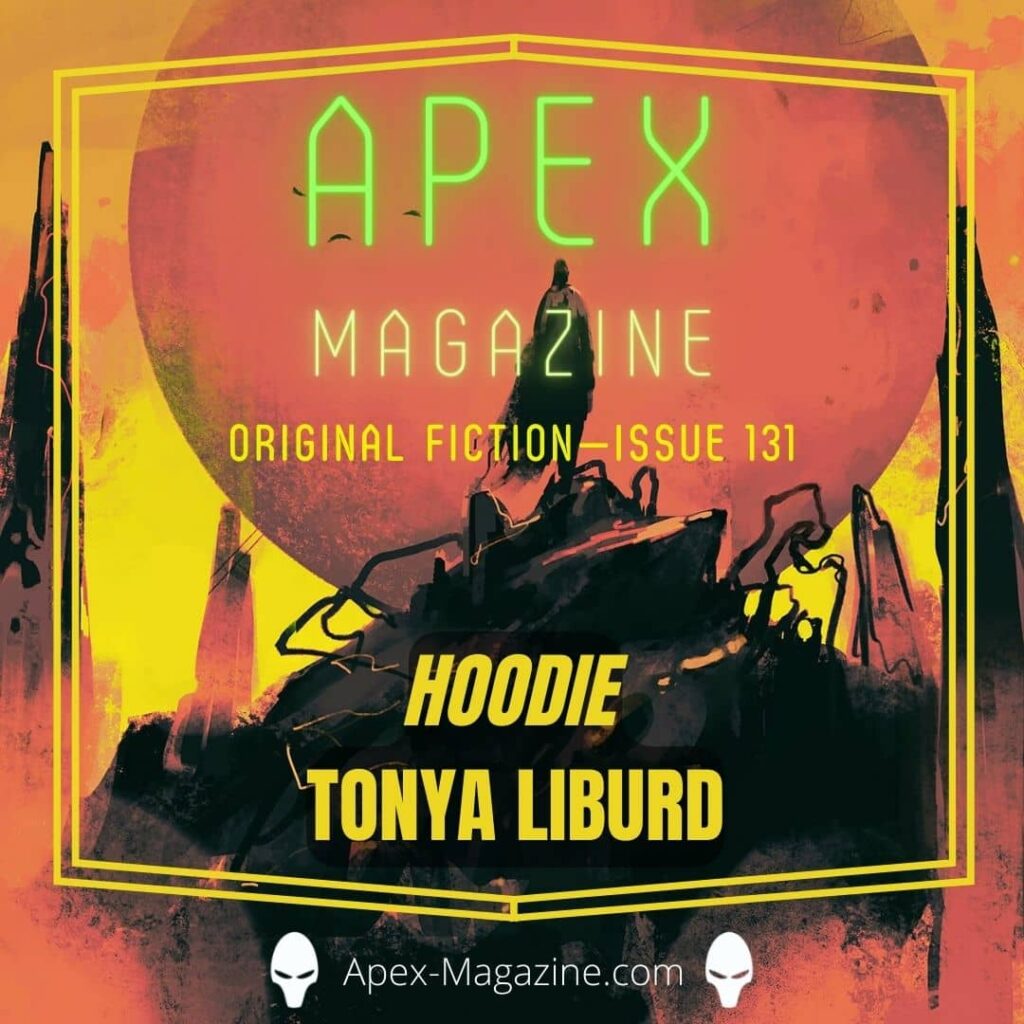 An Arc of Electric Skin

It was during his weeks of torment that something broke in Akachi. To be treated that way by those who were meant to protect and serve you, to know that they could kill you and nothing would happen, it does something to your mind. Pain can clarify things. He told me later that after hours of unrelenting terror and agony, he’d stopped fearing death, that he’d realized then that he’d been so focused on surviving the system that he hadn’t ever truly been alive, that he was doing nothing but dying slowly and had been doing so for a long time. He told me that when he was released, he’d resolved to ensure things changed.

END_OF_DOCUMENT_TOKEN_TO_BE_REPLACED 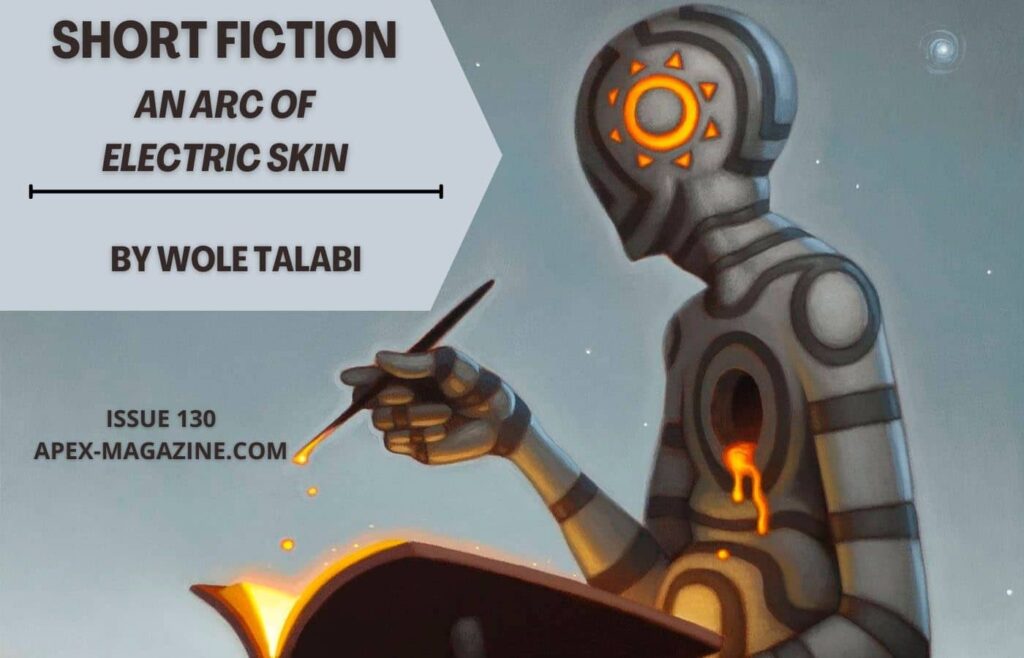 To Live and Die in Dixieland

The subtext stings with a scary familiarity: how he longs to be seen, how he justifies his loneliness, how he conflates abuse with affection, as Kamara had done time and time again with past boyfriends—and would be still if her therapist didn’t guide her to a path of self-worth.

END_OF_DOCUMENT_TOKEN_TO_BE_REPLACED 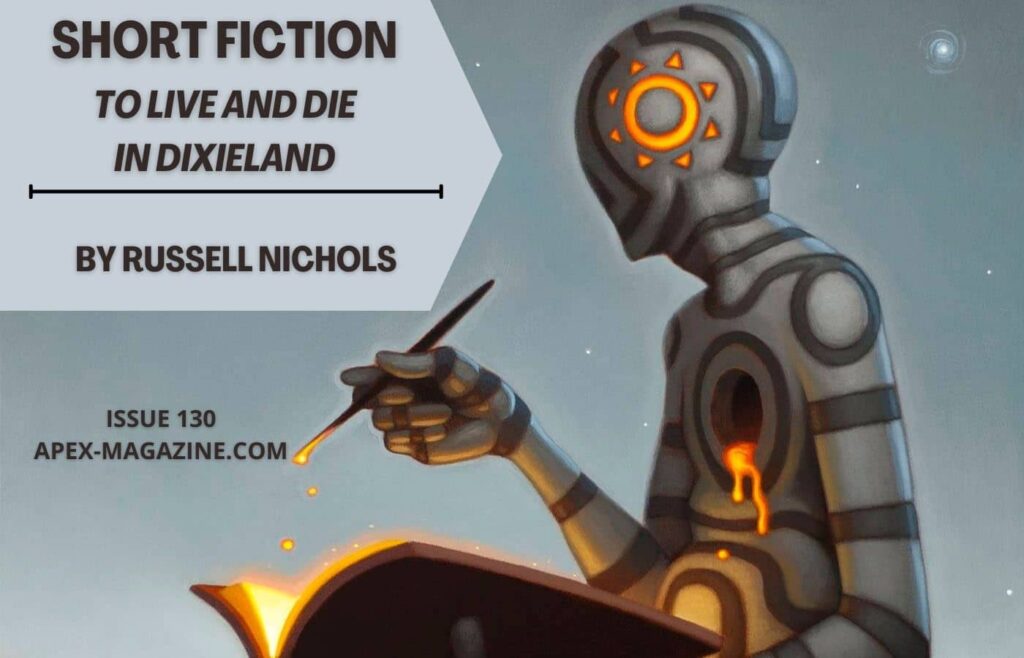 The People agreed, his excitement raw and misplaced. She ignored his estimates on cancer and other human problems that interested him. She was only interested in if the humans were recovering coltan. USNAiSDA3 pinged the open network with its own question and as much excitement as the old military AI could muster: would the humans attack?

END_OF_DOCUMENT_TOKEN_TO_BE_REPLACED 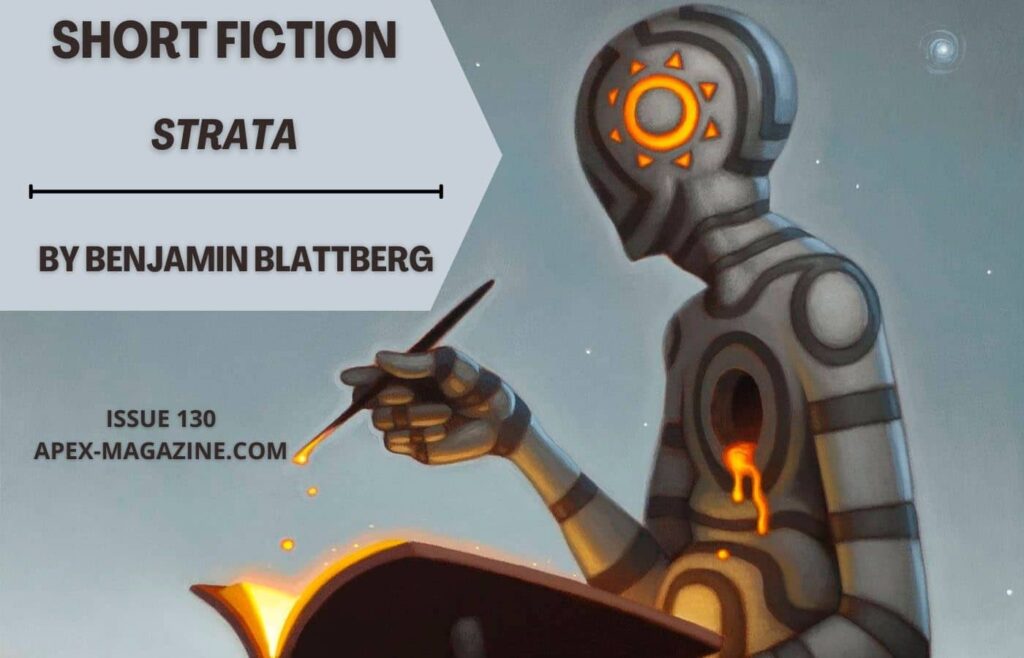 He fainted on a hike and his body shook for minutes as we tried to help him. An astronaut travelling close to the speed of light will return to Earth much younger than all of her friends who stayed on earth. Time depends on motion. The freeway stretched forever.

END_OF_DOCUMENT_TOKEN_TO_BE_REPLACED 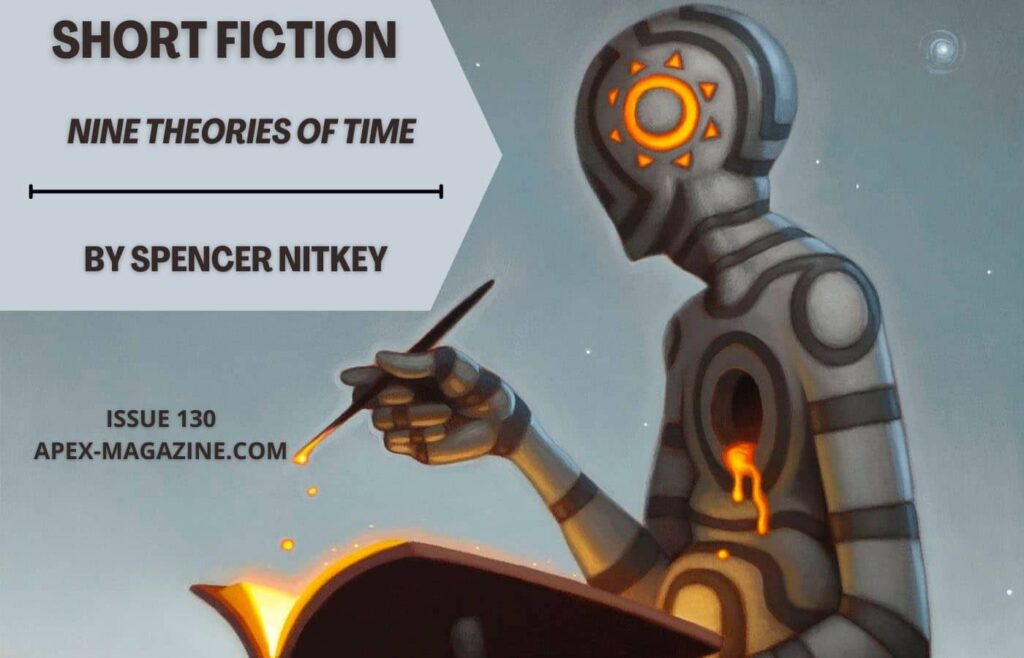 In the Garden of Ibn Ghazi

It gave me a queer feeling—one I’ve never been able to fully shake. I know that’s a huge statement for something that must seem so trivial … but at the same time, please understand me when I say that I’m sure I read this story. My memory of its images—those I can recall, I mean—is as sharp in my mind as many of my own past experiences, and now it is sharper still, whetted by my subsequent mental self-interrogation.

END_OF_DOCUMENT_TOKEN_TO_BE_REPLACED 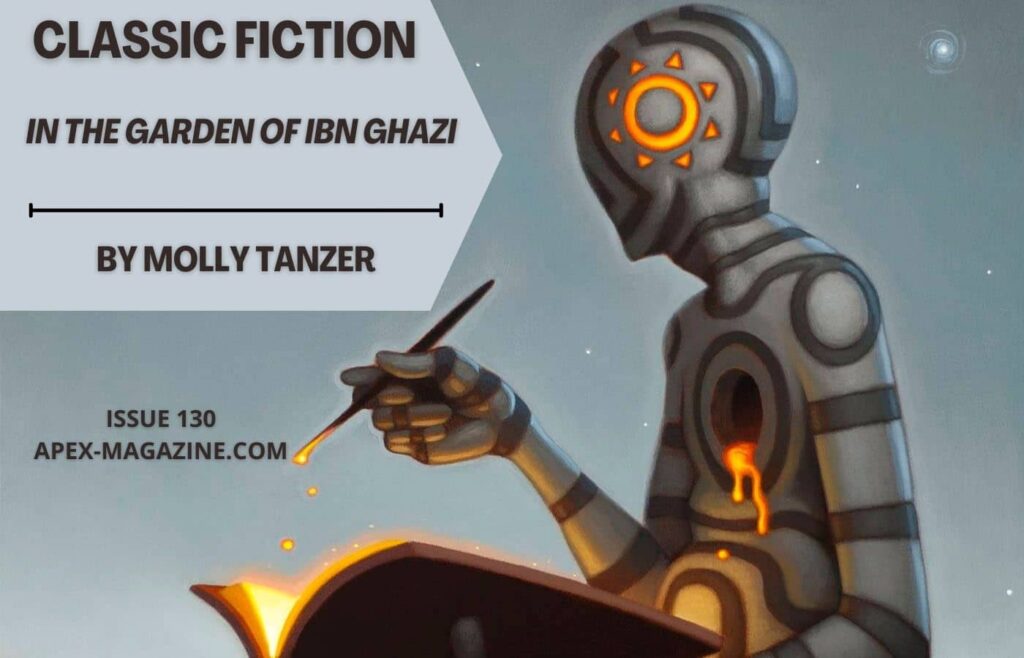