Review of The Necessity of Stars by E. Catherine Tobler3 min read

Home » Book Reviews » Review of The Necessity of Stars by E. Catherine Tobler

Tobler doesn’t just have a way with words—she makes them dance and shiver all over the page until you come to believe you’re not reading at all, but rather absorbing beauty.

Published by Neon Hemlock Press, The Necessity of Stars is a non-linear near-future story about Bréone Hemmerli, a diplomat skilled in negotiations who has developed dementia within a climate-wrecked world of scarcity and fear. She dwells at Irislands, with a garden flourishing despite the flooding across the land.

There, she begins to suspect there is something shadowy feeding in the garden, yet her experiences could all be figments of her imagination, her memory blurred and distorted.

Tobler creates a world of tomorrow in these pages, a world wrecked from human neglect and salvaged with too-late attempts. Environmentalism sets the stage, the issues in this future acting as both a metaphor for Bréone’s own struggles with memory and a comparison to the pockets of health amidst a deteriorating world. Bréone herself realizes that she exists in one of those pockets, that she has when others do not. Information reaches her in pieces rather than wholes, leaving her guessing at the state of certain affairs in the world in an echo of her guesswork to her own remembered experiences.

This feels like a statement concerning our lives today: our existence within safe spaces, our limited knowledge of the world on a collective scale, and our governments’ inability to see the paths forward that could stop deterioration before it becomes too far along to solve.

In the garden of Irislands, a shadowy figure emerges. A figure that isn’t clear enough or firm enough for Bréone to understand, yet she approaches the situation as any talented diplomat would, which accentuates another aspect of Tobler’s story—that of human worth.

Bréone is an aging woman, one who has already accomplished much, loved a great deal, and has garnered respect. She now exists in pseudo-retirement and struggles with her memory, which comes in direct conflict with her desire to be heard, believed, and respected—“Isn’t it the idea that we are still needed that keeps us going and doing … How beautiful it was to be necessary.” In this regard, Tobler shows vividly how, despite societal expectations or lack thereof, our worth and our work is what spurs us toward our goals, keeps us hopeful no matter the state of our minds and bodies.

Finally, at its intrinsic core, The Necessity of Stars is about memory, as Tobler eloquently states: “Memory is a story you tell yourself.”

Memory is what Bréone often focuses on, with the idea that forgetting can unmake her, and that no matter what, she will cling to certain aspects of her own story. The extrapolation of this idea is just as evocative, as it can be said about relationships, about skills, and even about planets, if memory is not retained.

The Necessity of Stars is a story for anyone who wishes to feel necessary regardless of setbacks or struggles or the state of the world. Tobler’s work will spark a need in yourself and push you to action, yet it will also leave you looking inward at the story your own memory tells.

She writes with conviction in every line, with a power that hides beneath the gentleness in many of her scenes. Her future world is both dark and heartening, both warning and a promise.

This story will haunt you, in the way the ghost of a memory might.

Or as the future ghost of a planet. 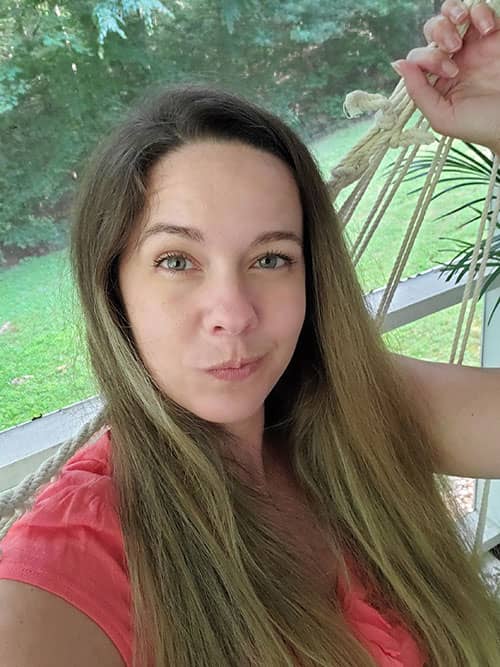 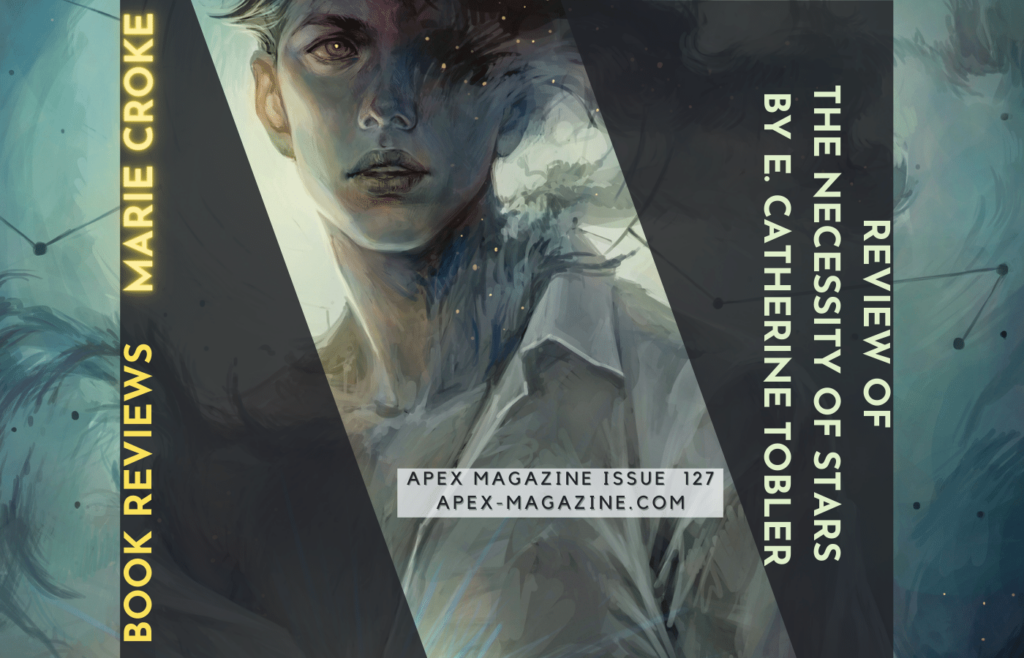