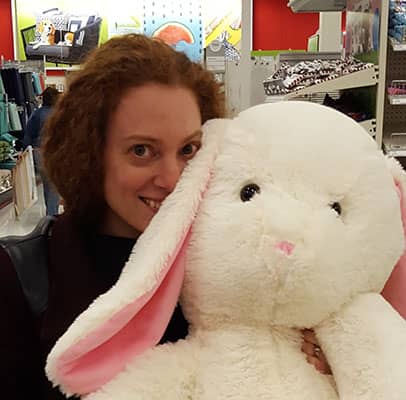 Editor Lavie Tidhar isn’t kidding when he talks about World SF. As the creator of the The Apex Books of World SF anthology series, Tidhar has long since proven he has a keen eye for watching the international stage of speculative fiction stories. His newest anthology, The Best of World SF (Head of Zeus, June 2021) offers robots, spaceships, time travel, and a few weird stories, showcasing authors from five continents and over twenty countries. On top of that is plenty of optimism, plenty of stories that start as one thing and then become something completely different, and plenty of envelope pushing.

Readers who follow international and translated science fiction will recognize many authors in the table of contents, such as Aliette de Bodard, Fabio Fernandez, Chen Quifan, Tade Thompson, Hannu Rajaniemi, Silvia Moreno-Garcia, Zen Cho, Lauren Beukes, and more. But you know what? This is the kind of anthology you should read because of all the names you don’t recognize.

The world is a little different now than when Tidhar’s first international anthology, The Apex Book of World SF, was published. Back then, reviewers and most publishers had no idea what to do with an un-themed anthology of international and translated science fiction. But now? Reviewers clamor for international science fiction, seeking to learn more about authors from every corner of the world.

My favorite stories in The Best of World SF were the ones that started out as one thing, and then surprised me by transforming into something entirely different. Let’s see how many of my favorite stories I can talk about, before this review runs over the planned word count.

“The Sun from Both Sides” by R.S.A. Garcia was a standout favorite of mine. The story begins serene and pastoral and before you know it turns into a sprawling space opera, complete with drones, interstellar politics, aliens, exile, and crash landings. I loved that this story features a husband and wife who communicate through sign language and who will do anything for each other. I’d love to read an entire series about Eva and Lucoshin. All they want is to quietly live happily ever after, and the galaxy just won’t leave them alone.

Another standout favorite was “Xingzhou” by Ng Yi-Sheng, which is a sci-fantasy reimagining of the history of Singapore. A gorgeous marvel of the story, I was grinning from ear the ear the entire time. As the narrator describes how their grandparents met, the story reads like a love letter to storytelling through one’s family’s culture, mashed up with the author’s own fandoms. I chuckled out loud at references to Slurm, Trisolarans, Vogon poetry, while getting swept up in the romance of the narrator’s ancestors. An absolute joy of a story.

Speaking of joy, I have to talk about “Fandom for Robots” by Vina Jie-Min Prasad. And why wouldn’t a robot like fandom and fanfics? What robot could resist the assertive “don’t like my fanfic? Go and write one yourself!” And if you post your fanfic online, no one needs to know you are a robot, they might think you just really enjoy role playing. Computron doesn’t understand what roleplaying is, doesn’t understand what sarcasm or online slang is, but it seems to find fulfillment in online fandom and in collaborating with other fans. Computron’s enjoyment of the anime HyperWarp reminded me a little of Murderbot’s enjoyment of Sanctuary Moon.

“The Old Man with the Third Hand” by Kofi Nyameye was such a wonderful surprise, even with the darker turn at the end, which I won’t spoil. The narrator introduces the reader to the strange people who live in her town, such as Inside Out Girl, the Man with the third hand that grows out his back, and the Frog Men. She’s grown up around all this oddness, so it’s normal to her. One day, she meets the man with the third hand and talks with him! She’s thrilled! She struggles to explain her new friendship with the old man to her parents. Why would a young woman want to spend hours sitting on the beach chatting with a weird, old man? Her parents are afraid for her, for an entirely different reason that I never saw coming.

The closing story is the Hugo award winning “If At First You Don’t Succeed, Try, Try Again” by Zen Cho, in which Byam is desperately trying to ascend and become a dragon. Every time it tries, someone shouts “Look! An imugi!” and Byam crashes to the ground, still an imugi. Intending revenge, Byam approaches the mortal who sabotaged its most recent ascension attempt, and a friendship begins. Over the next few decades, Byam realizes ascending would mean leaving their mortal friend behind. If it stays in human form for too long, will it even be able to change back into imugi form? Maybe the path to ascension means loving someone other than yourself and finding beauty in every moment you spend with that person.

Outside the nebulous category of “stories that start as one thing and then quickly change into something else” were a number of other favorites. “Immersion” by Aliette de Bodard is just as much a feast for the senses now as it was the first time I read it. If you’ve never had the pleasure of reading “Immersion” you are in for a treat! I’m an absolute sucker for stories that don’t quite have a plot, such as “An Incomplete Guide to Understanding the Rose Petal Infestation …” by Kuzhali Manickavel, which goes gloriously off the rails as the infestation continues. “Debtless” by Chen Quifan is a hard science fiction story that touches on indentured servitude, data as currency, and the power of memory.

The only negative thing I can say about The Best of World SF, is that you can say goodbye to whatever you planned to read during the next three months, as those books will be replaced by novels and short stories by the authors you discover in this anthology. Once you read one story by some of these folks, you’ll be itching for more.

A truly enjoyable anthology with something for everyone, The Best of World SF is a great choice for readers who are new to international science fiction and those of us who have been reading world SF since Tidhar’s very first The Apex Book of World SF. Also, did you see? This is only volume 1!