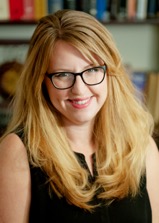 Aja McCullough is a writer, musician, and photographer living in St. Paul, Minnesota. She currently resides with one husband, three cats, a spinning wheel, and lots of green things. You can find her online at www.ajamccullough.com and on Twitter @aja_mcc.

The miller’s hands are rough. They move the stone that grinds the wheat that makes the flour smooth. They know a great many things that were not meant for them.

At night, he sits beside the fire, the instrument nestled beneath his chin. One weathered hand holds the bow; the other works the strings with surprising grace.

He moves: the lady sings.

Her strings hum in tune, vibrating against rosined hair that once fell in ringlets upon her shoulders and danced on her delicate collarbone. Now, that collarbone resonates and amplifies, meeting gently curving ribs that build the bouts. Inside, there once was a fiercely beating heart, long turned to ash. Its rhythm still pulses in her song, deep and pure.

Hers is a tale of ancient wrongs, of a fierce heart that once held such love. The song is always the same.

The woman’s body drifted to the miller’s shore many years ago. She had not been in the water long; her skin was still pink, her crystalline, blue eyes gazing fixedly into his. He removed the golden ring from her finger with great care and put it into the breast pocket of his linen shirt. He lifted her body in his two strong arms and carried her home, stretching her out upon the hearth. There, he gazed upon her for a long time, considering.

I am myself no longer, she seemed to say, beckoning to him.

What are you, then? he pondered.

He sat watch beside her for many nights, seeking the answer.

Piece by piece, he took her apart, searching, and fearing all the while that she was destined only to feed the flames or return to the river’s cold embrace. But her ivory bones were too lovely to fade to ash, her flaxen hair too proud and strong to float forever upon the waves.

Each piece of her called to him, We are something more.

The miller heard her, and he understood.

All the dreams that had marked his childhood flooded his mind. They were born of faded memories, cold winter nights in his father’s workshop, watching wide-eyed as the old man sorted through stacks of dried maple and spruce, ruthless and thorough. Watching his father carve and plane and bond, revealing delicate curves and resonant chambers. Inhaling the sweet scent of sawdust. Breathing in the acid burn of glue and varnish. Admiring the delicate scroll, a fern-head yet to unfurl, and listening in awe as strings were wound and tightened, slipping finally into perfect harmonics.

He was a child in awe, his father a master driven mad in search of perfection. The boy watched, and he learned, until one day, he asked to build a violin of his own.

How his father’s face paled! How his frown deepened and his eyes narrowed. “No, son,” he said in a voice dark and sorrowful. “You must not start down this path. It will only lead to heartache and obsession. You will grow old and poor and alone, and you will have only the music to comfort you.”

But the boy never forgot.

He listened to the whisper of the young woman’s bones and knew what he must do. The instrument he built of her would be like nothing ever seen before.

Father be damned; he was already an old man, alone with nothing to comfort him. Now, at least, there would be music.

So he scraped, and sanded, and glued, wasting nothing and hearing only that constant refrain: We are something more. Her nose was the bridge. Her shinbone, the fingerboard. Her delicate fingers, the tuning pegs.

When he was finished, he lifted the instrument to his chin and heard for the first time the woman’s sweet song. It was a tale of her dearest love and the cruel sister who drowned her in a jealous rage. But he paid little mind to her words, for his heart swelled with the soaring melody and he was seized by sudden realization. He loved her. He was more certain of this than of anything in the wide world.

At night, the miller sits beside the fire as the lady sings. He is the only one who ever hears her song; he makes sure of it. Every night, he pretends that her sweet, melancholy voice is not calling for vengeance, nor for the warm embrace of her young lover.

No. She sings to him. She sings for him. A song of love, to warm the dark nights.

Aja McCullough is a writer, musician, and photographer living in St. Paul, Minnesota. She currently resides with one husband, three cats, a spinning wheel, and lots of green things. You can find her online at www.ajamccullough.com and on Twitter @aja_mcc.