Lavie Tidhar and I have a long, intertwined history. I  published one of his earliest works in the first issue of Apex  Science Fiction & Horror Digest (circa 2005). Since the publication of that weird story about alien organisms falling from the sky, I’ve probably published a dozen of his shorts, an alternate history novella filled with war and angels, and a collection of alternative history crime noir. Some of it is astonishingly weird, but all of it is quite good.

These days Lavie’s career has taken many unexpected paths. He received award consideration and a fair amount of acclaim for Central  Station, a collection of tales based around the titular location. Lavie earned a World Fantasy Award nomination for his tireless promotion of international fiction and edited The Apex Book of World SF series. More recently, Scholastic  Books released his first children’s book, Candy.

I was pleased to have an opportunity to pose three important questions to this globe-trotting man of monster noir and children’s literature.

JASON B. SIZEMORE: The story that appeared in issue #1 of Apex Science Fiction & Horror Digest  was “Thrilling Wonder Stories #52: The Invasion of the Zog.” Are there 51 more stories in this universe? I’ve honestly wondered about this for the past sixteen years.

LAVIE TIDHAR: Man, you take me back! I had hair then. So did you!

Who knows! Maybe the Zog walk amongst us. I certainly don’t think either of us would have imagined Apex hitting anywhere near 52  issues either back then …

JBS: Tell us a little about your current Tor.com series. The Judge Dee vampire books have some wildly creative cover art. How did that come about?

LT: Oh yeah! Those stories are fun. The next one should be out on Tor later in the year and I’ve just finished writing the sixth one. There’s still life in the old undead, it turns out! The art was commissioned by Tor. Genius touch! It’s by the awesome Red Nose Studio. I remember seeing the first two covers from Tor and I was like, hold on, it looks like puppets, wait, these are actual puppets! And it turns out you can even buy some of his other puppets for like $1400 a pop. Obviously not Judge Dee. I still need him!  Oh, and the haunted castle is made out of pencils. It’s amazing. Go check out Red Nose Studio!

JBS: Which of your stories would you consider a good entry point into your work? Can you suggest a deep cut for the true Tidhar diehards out there?

LT: There are true diehard Tidhar fans out there? Do they know? Man, I don’t know. I write so many stories in different genres … I should plug maybe that The Lunacy Commission is out now as a pure vanity project, it collects my “Adolf Hitler: Private Eye” stories (including the one you published in Apex, you crazy fool! Ha!). A bit older is Black Gods Kiss, which collects my “Guns and Sorcery” stories about Gorel of Goliris, which I still do from time to time. And there’s HebrewPunk from Apex Books years ago, which someone always brings for me to sign if I do a European convention—go figure!

I think “Venus in Bloom” (in Clarkesworld) is a nice short introduction to my science fiction stuff. “Selfies” (online at Tor) is a  rare excursion into horror for me (and also has a great cover). And I’ve been doing more crime fiction recently, of which “Bag Man” (in The Outcast  Hours, ed. by Mahvesh Murad and Jared Shurin) was up for a CWA Dagger Award.  Which was nice. If you ask me what my favourite stories are, I’d say maybe “The Projected Girl,” which I wrote for Ellen Datlow years ago (it’s in the anthology  Naked City)—it’s sort of a liminal fantasy. I must have done like 150 short stories by now. I just like short stories. Maybe someone will let me do a  collection one day!

But people seem to really like the Judge Dee stories!  Which is good for me, because I love writing them. So you can check those out too if you’re into the whole Agatha Christie with Vampires thing. 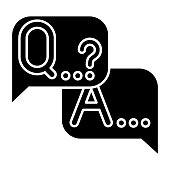