Between the Lines #104 min read

Lots of “extra stuff” now comes with the job of being a creator, whether you’re an author, an actress, or anyone else putting pieces of themselves into the world. Well beyond just producing the work itself, creators are expected to be fully fleshed-out “brands,” with internet presences and opinions on current events and multiple points of contact, through which fans can access them on a consistent basis. It’s a public role, and as creative types are asked more and more to make themselves available to the world at large, it begs the question: what do creators actually owe us?

The answer used to just be: the work itself. Write the book or act in the movie, and that was, for most fans, good enough—the art was allowed to serve as the entirety of the public statement. Want a glimpse at an author’s worldview? They wrote you a whole book; look for it in there. Now, though, in the best-case scenarios, the work functions as a launching point into more expectations of openness. In the worst, the work is just the monetization of all of those other points of additional access. Who knows why your fans are fans? It might be Instagram. It might be because you wrote a good essay. It might be both.

We don’t really have the brooding-recluse authors anymore because modern content publishing discourages it. The job—and those consuming the work—demand more. Bringing the job of a maker into the future has created an environment where it feels like the artistic content isn’t self-contained. Even after an author writes a book, that book now comes with an endless stream of response from fans, which, at some point, the author will invariably respond to—did they mean for a certain theme to emerge in the work? Was a character supposed to come off this way, which a certain portion of the internet has decided she has? Just look at the revisions J.K. Rowling has made to Dumbledore’s sexuality, post-Harry Potter, and the further criticism that has arisen because the new films have chosen not to include it. These additions give people reasons to consume the work and reasons to revile it.

Suddenly, the work has become a conversation, a back-and-forth, and consuming art as separate from the conversation becomes difficult, if not impossible. We all know the pitfalls, but more often than not, it’s the consumers asking for this dynamic. And the more we ask of the creators, more than ever they feel obliged to answer.

On its surface, this more-more-more attitude towards art seems like a small problem. There’s always going to be the idea of “well, if you can’t handle it, get another job; you chose this.” But when do the expectations of employment end? This new availability exposes creators to harassment, trolling, and other kinds of derision no one should be expected to endure. Certainly, creators don’t owe anyone the opportunity to harass them, but we’ve all been on the internet. We know how this goes.

And we know what happens when a community comes up with unwritten social rules, like the ones that now state that artists need to be public figures: they get enforced inconsistently and usually along lines of privilege. That brooding recluse actor we know nothing about, save for his performances on screen? It’s only men who are allowed to be private and mysterious. The female stars need to appear like they’re going to welcome every viewer into their lives (and often, their bedroom), on and off-screen, until we decide we no longer care to think of them as objects of our amusement.

We demand more exposure and access from female artists, and the same goes for people of color and LGBTQ folks; the luxury of being able to put forth only the work isn’t afforded to these groups. There’s an idea that if a creator has an identity that is underrepresented, they have to be ambassadors; if they’re working, they need to give the public everything, because they need to continue earning that privilege to work. It’s also not a coincidence that marginalized creators are the people most likely to be met with hostility in public spaces, even as we demand more and more that they place themselves there.

This dichotomy is not just frustrating, it’s dangerous. Mentally, physically, and emotionally, for creators, which brings us to the point: the work should be enough. Just because “fans” (if they can be called that, in certain vitriolic instances *ahem* Star Wars *ahem*) have access to the art does not mean they get to consume the creator as well. All of this public-facing behavior that’s built into the content cycle should be considered ancillary to the work, and on the artist’s terms. We are lucky to have it—it’s a privilege, not a right. As consumers, giving creators the choice to walk away after they’ve decided they’ve said all they’re going to say is the only way we’re going to keep immensely valuable but less privileged creators in our artistic spaces.

As humans, we deserve the art that they make. As consumers, we need to work to be worthy of it, and shifting our expectations is a good way to start. 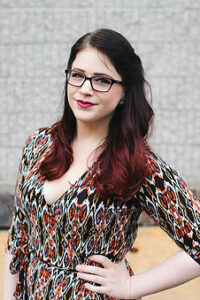