A few months back, an email with one of those obviously bot-generated names landed in my email box with the subject line ISSUE 9: PLEASE OPEN. The emailed contained the text of the editorial for the never-released issue 9. It is reproduced unchanged and in whole, in accordance to his family’s wishes.

Issue 9 isn’t a topic I like to discuss. The magazine wasn’t even a year old when I was approached by a colleague to guest edit. He wasn’t too well known (heh, neither was I), but a couple of his anthologies had been well-received. I decided to give him a chance.

My last communication with him was prior to his trip to Dark Rivers. Then he dropped off the face of the Earth. Gone. Our deadline passed, and I had no content for issue 9. At the time, I was angry for being screwed over. The day the issue was supposed to release, the man’s wife emailed asking if I had heard from him.

She and I stayed in touch intermittently for a few years until … I suppose, she finally gave up that he would ever return. I had. I figured he had ghosted on me, and worse, his wife and kids.

Then the issue 9 email.

His wife didn’t answer my calls about the email. His daughter did, and she explained that her mom wasn’t well, that I could (and should) publish the editorial, but without a byline. Neither she nor her mom want the media attention. I respect that, and so should you.

I hope this helps give closure to her family.

When I pulled up into town, I had to roll over to a gas station and just sit for a bit. Head in my hands, eyes closed and close to weeping. I’d been the one who’d found my brother and my mom had blamed me. She didn’t know him at all near the end, no. Not like I knew him. Obsessed with those damned stories and what he did with the cat and the lawn, looking for some doorway to slip away elsewhere. A doorway that existed in one of those stories. I remember he sang this song, so off key and horrible. About a tree that was a gateway. A doorway between worlds. And what he did to those kids down the street. I’d nearly forgotten about that at all. The things he’d done, the things he’d seen. And no doorway opening up for him. I could understand that desire for self-annihilation. To have your misdeeds burned away from you with the barrel of a gun. Suicide as an act of redemption.

And yes, I turned to that book to try and understand why. Why he even did any of this at all. It was a puzzle to my young mind. How my brother had changed. How everything had changed and gotten so much worse, and I just maybe thought, maybe I could unlock this whole thing with that book. And maybe understanding the why of it all would fix everything and make it all better.

I was only ten years old at the time. And I read that book every moment of every day, like my life depended on it. Until I was no longer allowed to renew my loan from the library and had to return it. And I eventually moved on with my life. Got girlfriends, got work, writing and editing and everything. Memories faded, like all memories do. All that stayed with me where the images of those stories, the bad dreams that I had, and that memory of beings scared, of being terrified. And knowing that there was something wrong with the world. Deep down in the core of everything. That reality itself was rotten.

And for just a few moments more. Yes. A few moments. I stayed there in that car and dried my eyes and damn everything. I still had to find that book. I was going to publish those stories and be done with this nonsense.

They were just stories. It was just a book and only a book. I remember now. I remember what he sang, and what haunted me in my dreams. The Dead Snake Tree. Yes. The Dead Snake Tree. That was the title of the book, I remember that now. And that was what I saw in my dreams, blurred by the fog and hidden from my sight. The monolith shadow so clear now. Corpses hung from the hundred branches. So many bodies with bags over their heads. And they wiggled on the branches, as if they were still alive. But they didn’t move like people move.

They wiggled and squirmed. Just like snakes. I remember that now, the titular story told of this tree. Of the human snakes that hung from it. Wiggling, screaming, even after being dead for over a hundred years, the roots watered with their blood.

I Googled the title later and still nothing came up, but that’s not a surprise anymore, is it? Though I knew I had to tell the others. Those searchers on Shocklines and everywhere else. It didn’t take me long to spread the word, and then I went forward. Into that library in my old home town.

Armed with the title and author and everything, I felt excited and nervous and sick to my stomach. This was happening. After all this time. Really happening.

I found it! The library had it, and I found it and I haven’t opened it just yet, but I found it and then I got the hell out of there the minute I could. I just slipped it under my shirt and ran through those security detectors. Oh, and they went off whirring and angry and loud, but I kept going. Even with the librarians shouting out and screaming and calling the cops.

I couldn’t risk losing it again I couldn’t the sun was vibrant and beautiful and the day felt so alarmingly real that it hurt and I peeled out of there in my shitty car and took off as fast as I could and drove all the way back across the countryside, not even stopping once not even sleeping near that cornfield again about halfway there because sleep was an impossible thing and I was too keyed up, too excited and everything felt more alive than alive, even the trees, the birds, everything everything everything, even the stones.

And this wasn’t right. This wouldn’t do at all. I tried to scan it and the first page was just completely blank. What the hell. Not good at all. I admit, I was giddy and excited and probably hooked up the scanner wrong or something. Hell, I didn’t even read it yet, I was too excited!

So I chHecked the connections and everything and tried to scan it on in again. At first it seemed to work just fine. Until I took a look at the image file and saw that there were ink smears all over the page. I took it back out of the scanner, and the actual page was just fine. It was only happening to the scanned image.

So I recaalibrated it and tried again. And I noticed more ink smears, and more and more. Faces, each one turning into a face, a screaming crammed down smear of a face. Heart beat rapid fast like I almost called the hospital, thinking it was a heart attack. Breath caught in those tightened lungs. What was thiss. What was this even.

It looks litke I would have to forgo scanning and using the OCR tools to make this easy. I was going to have to do this hard way. This would need to be published, though. I had to do this. I owed it to so many people. The ones I knew online, obsessed as I was obsessed. To my mom, my brother, and my family, and anyone else that loust a loved one to the seductive whisper of these storries.

We’re not crazy. We’re not. And to prove it I sat down next to my computer, flipped that book open and started to transcribe it all by hand. One damned word at a time.

those pages looking back out at me. The shadows on the waallls moving and writhing. Eveory sinngle thingg around me alive to tthe touchh. Eelectric and breathing beneath my quivering palmss. And hhallways haod human shapes standing in them, unmoving, starring at mee. Disappearing the closer and closer I gott to thheem.

crawled around inside of me, changing mee. Didn’t my brother ssay the something? Didn’t he? Didn’t my brohther say this saame exact thing?

brother hello my best friend there is the doorway is that the doorway you told me abSout and everything feAels like its crawling alsive with mranaggots and flies and everygething feels so dark anisd broken and ththeere aren a pile of dead birds at my fieet and they’re missingg their eyes ahnd it fetels so beautiful, yes evewrything feels so beeautiful just like thre book saide it would

going to love these stories trust me oh trust me they are painful and beautiful and like the best stories oh
They will scar
e you, I promise.
The
se stories wi
ll scar
e you. 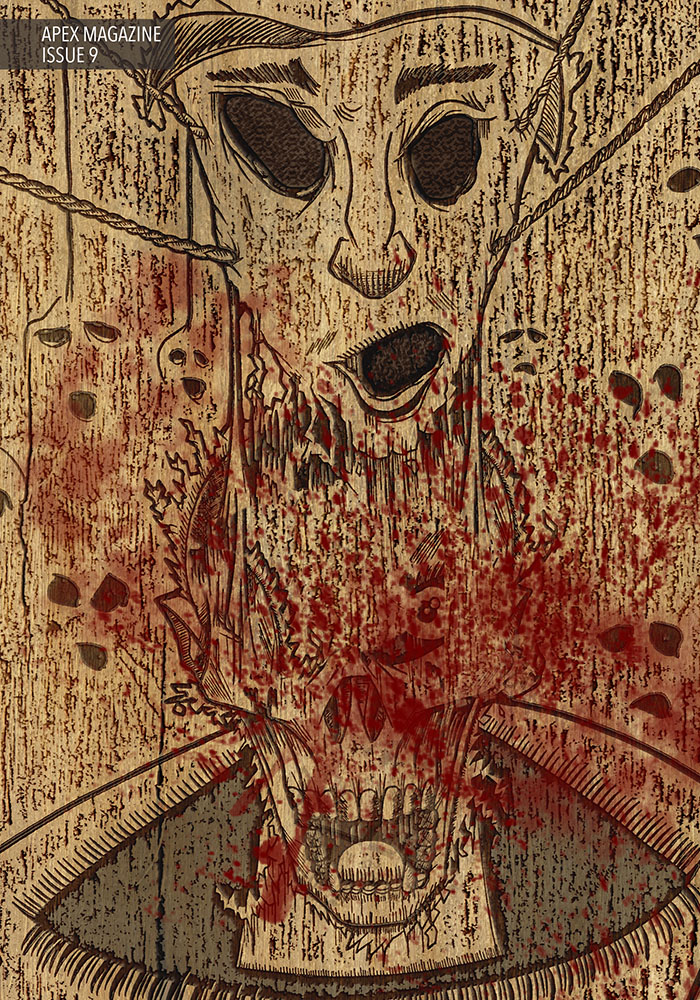