Tim Susman has been reading speculative fiction since a relative gave him A Wrinkle in Time at the age of six, and has been making up stories for as long as he can remember. In 1999, he and Jeff Eddy founded Sofawolf Press, which has published, among other things, Ursula Vernon’s Hugo-winning graphic story “Digger.” Tim has several small press publications, including his novel, Common and Precious, and in 2011 attended the Clarion Writers Workshop. He currently lives with his husband in northern California. 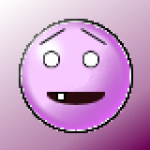 Whispers prowl through the rubble that surrounds the leaning house. Half-fallen buildings stand on either side, as though a careless giant strode through the town and only by chance missed the one house—surely when the gods choose to wreak destruction on all, they are not so capriciously merciful to one.