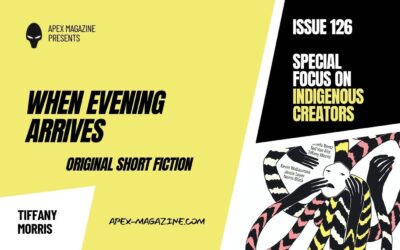 Before they arrived, the visitors announced it by radio: signals traversing galaxies, warping time and particle. Syllables spelled out in numbers and strange hieroglyphs confirming presence and arrival.
Stella knew that there had been stories of people who lived in the stars, the world above the sky, and the people from Earth who’d visited them: holes that opened in the cosmos and had people waking up beyond the stratosphere, staring from above the clouds and down into their old home. There were newer stories, too, of strange lights blinking gold and green, streaking across the heavens, hovering as they hummed a chromatic machine chorus over the sleeping ink-black world below.