Tang Fei is a speculative fiction writer whose fiction has been featured (under various pen names) in magazines in China such as Science Fiction World, Jiuzhou Fantasy, Fantasy Old and New. She has written fantasy, science fiction, fairy tales, and wuxia (martial arts fantasy), but prefers to write in a way that straddles or stretches genre boundaries. She is also a genre critic, and her critical essays have been published in The Economic Observer. “Call Girl” won an online fiction contest, and is Tang’s first publication in English. 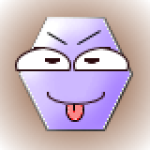 Morning climbs in through the window as shadow recedes from Tang Xiaoyi’s body like a green tide imbued with the fragrance of trees. Where the tidewater used to be, now there is just Xiaoyi’s slender body, naked under the thin sunlight.