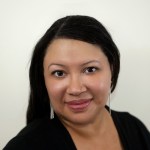 Rebecca Roanhorse is a NYTimes bestselling and Hugo, Nebula, Ignyte, and Locus Award-winning speculative fiction writer. Rebecca has published multiple award-winning short stories and five novels, including two in The Sixth World Series, Star Wars: Resistance Reborn, Race to the Sun for the Rick Riordan imprint, and, most recently, the epic fantasy Black Sun. She has also written for Marvel Comics and for television and had projects optioned by Amazon Studios, Netflix, and AMC. Her next novel, Fevered Star, is out April 19, 2022. 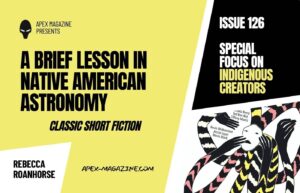 We were gonna be stars. That’s what you got to understand. Big fucking stars. Like Jack and Rose or Mr. and Mrs. Carter, like our faces on every screen, dominating every media feed. Everyone already loved us, wanted to be us, wanted to fuck us. 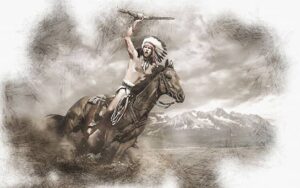 Welcome to Your Authentic Indian Experience™

You maintain a menu of a half dozen Experiences on your digital blackboard, but Vision Quest is the one the Tourists choose the most.