Peter M. Ball is a writer from Brisbane, Australia. His work include the faerie-noir novellas Horn and Bleed from Twelfth Planet Press, and his short fiction has appeared in publications such as Fantasy, Strange Horizons,Apex Magazine, Eclipse 4, and Daily Science Fiction. He can be found at www.petermball.com and @petermball on twitter. 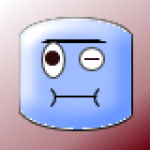 Unless you’re a professional wrestling fan, you’ve probably never heard of Al Snow. A wrestler who hit the heights of the mid-card in the nineties, he’s never been one of the wrestling fraternity that has broken through into the public consciousness the way main event stars like Hulk Hogan and Steve Austin did.

Rat opens the double doors and the stairwell smells of baking, the air thick with dull warmth and the smell of yeasty dough. He wrinkles his long nose and wonders if it will be like this for the entire way down, or if the doughy stink will gradually transform itself into the aroma of fresh-baked. He hopes not.

To Dream of Stars: An Astronomer’s Lament

The first time he sees the Royal Observatory he is three days shy of his twelfth birthday. It’s spring, a clear night, the stars unveiling themselves in small groups as the sky overhead grows dark.