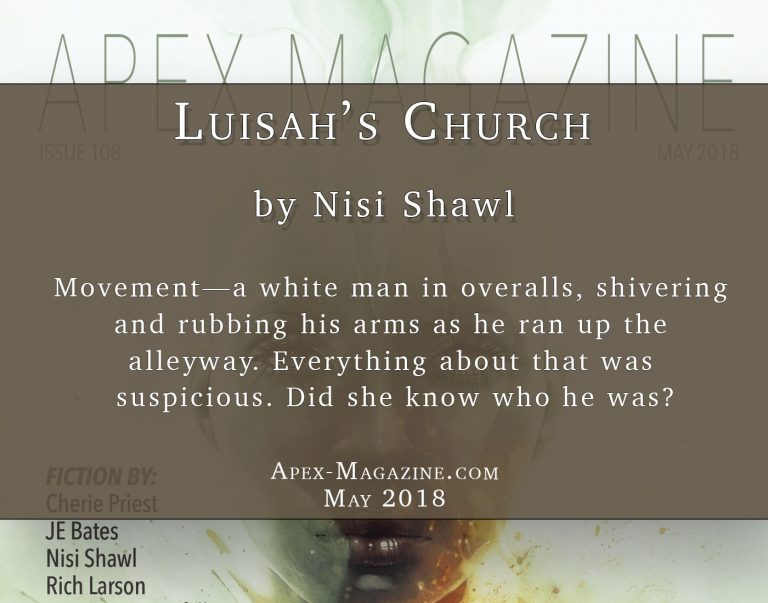 A white man in overalls, shivering and rubbing his arms as he ran up the alleyway. Everything about that was suspicious. Did she know who he was?

The Best Friend We Never Had

Josie stared hard at the woman standing just outside the connecting hose’s exit. The expandable tubing she walked through was well-insulated, but for most of its length dimmer even than her ship had been. Still, though the light bleeding in from the exit to Mizar 5’s concourse dazzled Josie’s eyes, this woman’s face looked unexpectedly familiar. Not the wig, though.

Brit lowered her wooden sword and sighed. She loved her students. But the girls kept hesitating, getting hung up on the moves, lagging behind. The three boys in the class of nine had stayed with her through the form, but when they thought she wasn’t looking they whaled at the ground with their weapons like taiko drummers. Could they be any more clichéd?
Facebook Twitter Youtube Instagram Patreon