Over the past thirty-odd years, Nina Kiriki Hoffman has sold adult and YA novels and more than 250 short stories. Her works have been finalists for the World Fantasy, Mythopoeic, Sturgeon, Philip K. Dick, and Endeavour awards. Her novel The Thread that Binds the Bones won a Stoker award, and her short story “Trophy Wives” won a Nebula Award.

Her middle-school novel Thresholds was published by Viking in 2010, and its sequel, Meetings, came out in 2011. A collection of her short stories, Permeable Borders, was published by Fairwood Press in 2012.

Nina does production work for the Magazine of Fantasy & Science Fiction and teaches short story writing through Lane Community College. She lives in Eugene, Oregon, with several cats and many toys.

For a list of Nina’s publications, check out: ofearna.us/books/hoffman. 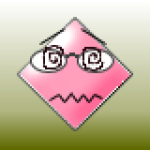 I waited in line behind twelve other clowns at the fae portal from the Underland into the clown car.

We did two shows a day, collecting emotions. This performance, we were also on the hunt for a new child, which only happened sometimes.