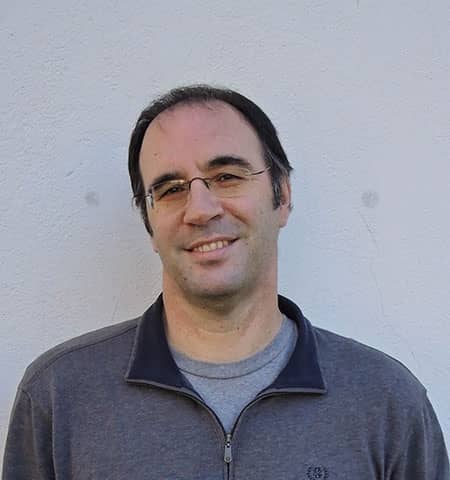 Michalis Manolios is a mechanical engineer currently living in Athens, Greece. His first science fiction novel, Αγέννητοι Αδελφοί (Unborn Siblings), was published by Kleidarithmos in 2014 and his second, Το βιβλίο και η περφόρμανς (The book and the performance) by Kedros in 2019. He has also published three collections of short stories: Σάρκινο Φρούτο (Fleshy Fruit, Triton, 1999), Καλλίμορφη (Kallimorphe, Kedros 2020) and …και το τέρας (…and the beast, Triton, 2009), from which the short story “Aethra” won the 2010 Aeon Award. His short stories have appeared in magazines and anthologies in Greece, Italy, Ireland, the United States, the Philippines, and China. 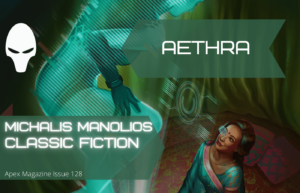 I turned away with my face in my hands, but my eyes met again with Buddha’s gaze and I remembered that Aethra was a specialist in deriving anthropomorphic reactions from the absolute absence of consciousness. I turned again towards the window. It was looking me in the eyes. As I lowered mine, I noticed the small plate on the pedestal: Imaginary Self. That kind of humor was beyond me.