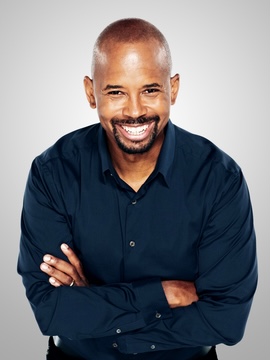 Michael Boatman’s stories have appeared in places like Horror Garage and Weird Tales and in anthologies like Dark Delicacies III: Haunted and Sick Things. He’s the author of four novels, The Red Wake, Revenant Road, Last God Standing, and Who Wants to be the Prince of Darkness? and two collections, 13: A Collection of Horror and Dark Fiction and God Laughs When You Die. By day, Michael is an actor known for his co-starring roles on Spin City, Arli$$, China Beach, and Instant Mom. Currently he’s co-starring on the critically acclaimed CBS/Paramount Plus drama, The Good Fight. 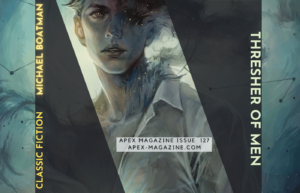 Black Edie was trying to restart the Benz. The old hermit kept turning the key and stomping on the gas pedal so hard she was bouncing on the driver’s seat. By way of a reply, the car she’d owned since Jesus was a toddler wheezed, smoked … and died. The look of dazed resignation on Black Edie’s face infuriated Fitzsimmons even more.