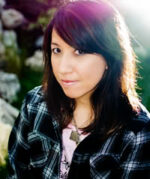 Karin Lowachee was born in South America, grew up in Canada, and worked in the Arctic. Her first novel, Warchild, won the 2001 Warner Aspect First Novel Contest. Both Warchild (2002) and her third novel, Cagebird, (2005) were finalists for the Philip K. Dick Award. Cagebird won the Prix Aurora Award in 2006 for Best Long–Form Work in English and the Spectrum Award also in 2006. Her books have been translated into French, Hebrew, and Japanese, and her short stories have appeared in anthologies edited by Julie Czerneda, Nalo Hopkinson, and John Joseph Adams. Her fantasy novel, The Gaslight Dogs, was published through Orbit Books USA. 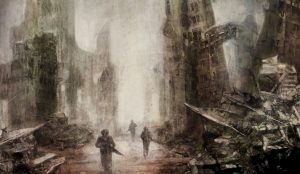 I try anyway to kill the memory of you. I make the plans. I attempt premeditation. All this time waiting has made me a silent murderer. Is it murder when it’s in war? If the enemy doesn’t do it, you can count on me.