JY Yang is a lapsed scientist, recovering journalist, and short story writer who lives in Singapore with an indeterminate number of succulent plants named Lars. Her fiction has appeared or is forthcoming in Clarkesworld, Strange Horizons, Lightspeed, and Lackingtons’. Queer, Chinese, she/her pronouns, can be found sometimes on Twitter at @halleluyang grumbling about Scandinavian languages and occasionally at misshallelujah.net talking about short SFF fiction. 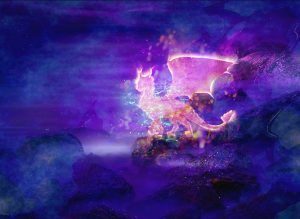 Episode #23: A Sister’s Weight in Stone

Listen to our audio presentation of “A Sister’s Weight in Stone” by JY Yang. Narrated by Lisa Shininger.

A Sister’s Weight in Stone

1892 had been a bad year for seafarers. So many dragon-worms survived the spawning season that the seas across the warmer parts of the world seemed to churn with their gelatinous bodies, serrated teeth destroying everything in their path.