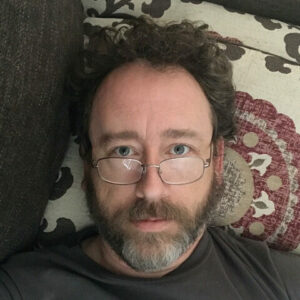 Jon Hansen (he/his) is a writer, reformed librarian, and occasional blood donor. He lives about fifty feet from Boston with his wife, son, and three pushy cats. His short fiction and poetry have appeared in such places as Strange Horizons, Realms of Fantasy, and Daily Science Fiction. Like many writers, he is currently working on a novel when he isn't spending too much time on Twitter. 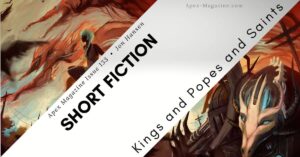 Kings and Popes and Saints

Now she would get rid of them once and for all. With the foil she would be a phantom to them, invisible and unstoppable. If she worked hard, she could be rid of them by nightfall, and prove to Ana she was safe and strong.