Eugie Foster calls home a mildly haunted, fey-infested house in metro Atlanta that she shares with her husband, Matthew. Eugie received the 2009 Nebula Award for her novelette, “Sinner, Baker, Fabulist, Priest; Red Mask, Black Mask, Gentleman, Beast,” the 2011 Drabblecast People’s Choice Award for Best Story, and the 2002 Phobos Award. Her fiction has also been translated into eight languages and nominated for the Hugo and British Science Fiction Association awards. Her short story collection, Returning My Sister’s Face and Other Far Eastern Tales of Whimsy and Malice, has been used as a textbook at the University of Wisconsin-Milwaukee and the University of California-Davis. Visit her online at EugieFoster.com.

Trixie and the Pandas of Dread

Trixie got out of her cherry-red godmobile and waved away the flitting cherubim waiting to bear her to her sedan chair. She wasn’t in the mood for a reverent chorus of hosannas, and the sedan chair desperately needed re-springing.

Every night as I sleep on my futon, I dream that I’m a rabbit, running on a river of moonlight. My fur is white, my legs strong and swift, and I’m going to see Mama. 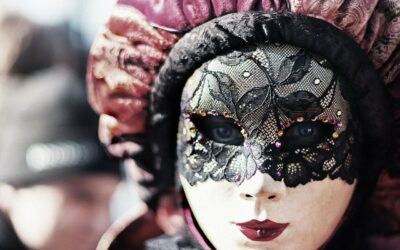 This 2009 reprint by the late Eugie Foster is one that feels eerily prescient.

Citizens change their identities based on the masks they are mandated to wear. But one person longs to be their true self. Eugie’s story is an incisive, devastating look at society and its control of self-identity.