Erik Amundsen is pictured here having tracked and defeated the winter of 2013–2014. When not pursuing vendettas against the seasons, he lives and writes poetry and short fiction in central Connecticut. You can find him at Clarkesworld, Strange Horizons, Stone Telling, and Goblin Fruit. 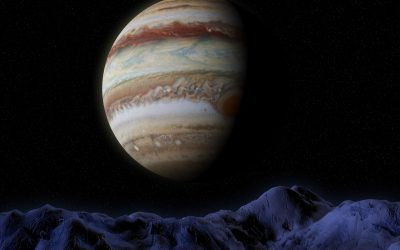 Listen to our audio presentation of “Jupiter and Gentian” by Erik Amundsen. Narrated by Chikodili Emelumadu.

Gen walked on the endless, oscillating sea of liquid metal hydrogen and tried, tried to keep her consciousness together. The knight who followed her into the atmosphere, swam through the outer sea of hydrogen with her, he was here too. His armor defied the pressure, his banner defied the heat, and his hands, deep within the boiling, rolling mass of Jupiter. He stood beside a tree that constantly remade itself as it burned and crumpled.

And Cut Down a Moment Later

Light creep down the stairs,
each day, a different plan of attack
each angle a different disposition