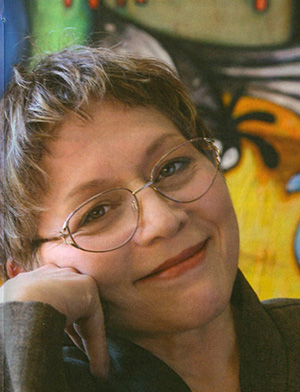 Élisabeth Vonarburg was born to life in 1947 in France, and to science–fiction in 1964. She teaches French Literature and Creative Writing at various universities in Quebec. Vonarburg is a translator, SF convention organizer, literary editor (Solaris magazine), essayist, and full–time writer. Thirteen of her novels have been translated into English, including The Silent City, The Maerlande Chronicles, Reluctant Voyagers, Tyranaël. She has eight short story collections published in French, two in English, three poetry collections, and three YA novels. Vonarburg has won more than thirty awards in France, Canada, Quebec and the United States. Her recent series, Reine de Mémoire (2005–2007, five books), received four major awards in Quebec.

Home by the Sea

The small girl looks at me with the innocent insolence of children who say out loud what adults are thinking to themselves. A skinny, pale, fair–haired child of five or six, she already looks so like her mother that I feel sorry for her.