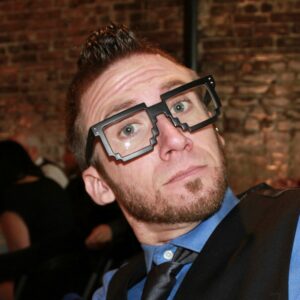 Derrick Boden’s fiction has appeared and is forthcoming in Lightspeed, Clarkesworld, Analog, and elsewhere. He is a writer, a software developer, an adventurer, and a graduate of the Clarion West class of 2019. He currently calls Boston his home, although he’s lived in fourteen cities spanning four continents. He is owned by two cats and one iron-willed daughter. Find him at derrickboden.com and on Twitter as @derrickboden.

Knocked one star for the smell. It’s been six hours and it still reeks like an ecological disaster in here. Can’t exactly open the windows, with all that mold crawling up the outside of the house. I tried cutting the Inkicide with some vanilla extract, and HOT DAMN. Don’t do that.