David K. Yeh’s short fiction has appeared in On Spec, Lackington’s, and Pantheon magazines, as well as Bundoran Press’ Second Contacts anthology. A sequel to “Cottage Country” appears in Electric Spec. His work was twice nominated for a 2016 Aurora Award. His first novel, The Garneau Boys, was published by Guernica Editions in 2018. Since 2004, David has worked as an expressive arts therapist in downtown Toronto. 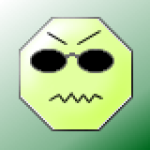 I had come into some money and with it, purchased four hundred acres of land. I signed the lease in early fall, when the forest was a patchwork quilt of color. It was old-growth outside of Sudbury, east of the airport. On a clear day, you could spot the plume from the Inco Superstack, sitting on top of the largest nickel smelting operation in the world.