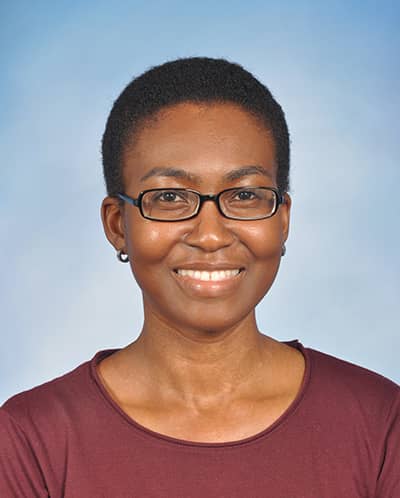 Cheryl S. Ntumy is a Ghanaian writer based in Botswana. She has a degree in Media Studies and was a beneficiary of the 2008 Scripps Howard Foundation Semester in Washington Programme. Since her first work was published in 2008, she has gone on to publish several articles, novels, short stories, poetry, and comic books. Her novels include seven romance titles, a YA trilogy, and a paranormal thriller. She is a member of Petlo Literary Arts, a Botswana writers’ group that supports and promotes local literature. The group developed and published the play Sechele I in 2011 and also publishes the Petlwana Journal of Creative Writing. In 2017, Cheryl participated in the Caine Prize workshop in Tanzania, where she wrote “The Storymage.” It was published in The Goddess of Mtwara and Other Stories later that year. She was shortlisted for the Miles Morland Foundation Writing Scholarship in 2019. Her work has appeared in Will This Be a Problem, Molecule: A Tiny Lit Mag, Botswana Women Write, Breathe: Anthology of Science Fiction and We Will Lead Africa Volume 2: Women, among others. 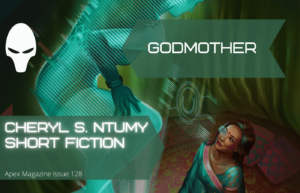 Godmother watches over us all. The AI’s face beams out across the city from a billboard, wearing a nurse’s cap and a beatific smile befitting her name. Nickname, to be precise. Her official name, ZolaMX3, was scrapped only days after she launched